Check out my thoughts on this weekend's new releases — a Marvel-ous cosmic adventure, a truly blue Christmas and a Nazi-led romantic thriller.

It's the end of the world as we know it, and Thor is doing fine.

In Thor: Ragnarok (the subtitle, of course, is the apocalypse in Norse mythology), the flaxen-haired god of thunder battles his older sister, Hela (Cate Blanchett, fabulously dripping with disdain), to save his Asgardian home. That's after a stopover on a battleworld where he first fights, then teams up with old ally Hulk (Mark Ruffalo) and meets a figure from his past, a Valkyrie (Tessa Thompson).

And that doesn't even get to how Thor faces off against the fire demon Surtur, or how he discovers that his adopted brother Loki (Tom Hiddleston) replaced their father Odin (Anthony Hopkins): Ragnarok is busy, is what I'm saying.

But it works, splendidly, because director Taita Waititi has such a grand, imaginative concept and a total commitment to having fun. Plenty of Marvel movies have been light lately, but Waititi's irreverance is a particular joy here because the previous Thor films have been so stinking dire.

At the end of Avengers: Age of Ultron, Thor took off on a quest for the Infinity Stones, not realizing that Odin had been imprisoned and replaced by Loki (at the end of Thor: The Dark Age). Both plots are summarily dismissed in the early goings of Ragnarok (though the Stones will still, presumably, play a major role in 2018's Avengers: Infinity War). Waititi, instead, introduces Hela, long one of Thor's foes in the comics (though not his sister, I believe), who wants both revenge and destruction, and is not afraid to decisively plow through her foes to get it. (Seriously: I was surprised by some of the losses here, which are a little too quickly glossed over, frankly.)

In their initial encounter with Hela, Thor and Loki are hurled across the universe to the planet Sakaar, where Thor is forced into gladitorial combat with his old Avengers buddy Hulk. It's an adaptation of one of the best Hulk stories ever — "Planet Hulk" — and teaming the two heroes proves to be a genius decision. Hulk is more of a petulant teenager here than the rampaging toddler he was in the Avengers films, and his sour disposition is genuinely hilarious.

We also meet a slew of other oddballs on Sakaar — the drunken, embittered Valkyrie, sentient rock creature Korg (a motion-capture performance voiced by Waititi) and, best of all, Jeff Goldblum's Grandmaster, who lords over Sakaar like Liberace at a piano bar. Goldblum's line readings are endlessly inventive and always unexpected.

Eventually, Thor and his allies make their way to Asgard for a final confrontation with Hela and yes, Ragnarok turns into yet another battle royale. But Waititi has done careful work developing the characters (good, evil and in between), heightening the stakes and giving the battle a bit more heft than other superhero films. (But, given that this is the potential end of the world that we're talking about, maybe a bit more urgency would have been nice.)

Hemsworth is finally used to his best advantage here. Director Joss Whedon had some fun with Thor in the Avengers films, but as seen in last year's Ghostbusters, Hemsworth has a decidedly silly streak, and Waititi leans into that hard. Ruffalo, too, still brings out the essential pathos of Hulk, but he has a lot more fun in Ragnarok than he has previously been allowed (excepting, of course, his tremendously fun takedown of Loki in the first Avengers film, which is nicely referenced here).

And the newbies are great, too: Thompson is a true badass, and Blanchett is just divinely decadent throughout — easily one of the best Marvel villains ever. Keep your eyes open for some surprise cameos, as well, and do try to avoid spoilers until you see the film. I hadn't heard an inkling of some of the unexpected delights in this film, and they worked all the better for it.

But as I mentioned earlier, there's not a lot of urgency here, or depth. And so, perhaps, this one's not going to age quite as well as the better MCU films. Still, it'll be hard to top Ragnarok for sheer fun and energy.

(PG-13 for intense sequences of sci-fi violence and action, and brief suggestive material; click here for showtimes at Amarillo Star 14 and Hollywood 16)

When Elvis Presley sang "Blue Christmas," I don't think he had anything like "A Bad Moms Christmas" in mind.

Just like last year's hit comedy Bad Moms, this quickie sequel definitely works in the blue mode, as befitting a film from the raunchy minds behind The Hangover. And sure, that's great in and of itself: Women are ever bit men's equal in telling a dirty joke.

But boy, if only the jokes weren't such stinkers.

There's almost nothing good to recommend about this hastily put-together sequel starring Mila Kunis, Kristen Bell and Kathryn Hahn other than the trio's lived-in chemistry, Hahn's willingness to go for broke and one scene between their visiting mothers (Christine Baranski, Cheryl Hines and Susan Sarandon, respectively).

All six actresses do their best in crafting at least semi-coherent characters, but they're set adrift in the script by co-directors Jon Lucas and Scott Moore.

The trouble begins from the start, when a title tells us we're six days before Christmas: If the moms are so stressed about the holidays, the pressure begins much sooner than six days before. Amy (Kunis) is now dating the hunky widower (Jay Hernandez), Kiki (Bell) is having a slightly easier time with her pack of kids now that her husband (Lyle Brocato, again an afterthought) is helping out more, and Carla (Hahn) is now doing bikini waxes and is sick of it.

Their moms all arrive earlier than expected — or in the case of Isis (Sarandon, and yes, a terrorist joke is made about her name) — when she wasn't at all expected. Between Ruth's (Baranski) judgment and Sandy's (Hines) smothering nature, plus Isis' unreliability, the younger moms are quickly at the end of their ropes.

But, penis jokes aside, this is a holiday movie, so it's no surprise that the film makes an attempt at a heartwarming ending. Getting there is a nightmare, though: Lucas and Moore's script feels more like the checking off of expected boxes rather than a comedy that grows from its characters, which the original did in its best moments. The central trio just check in together occasionally before spiraling out into their own plotlines, and in an egregious bit of product placement, one of those moments is at the indoor trampoline park Sky Zone. That's at least where their moms have their one believable scene, so it's not a total loss.

Otherwise, Ruth, Sandy and Isis don't make any sense as characters, no matter how hard their gifted portrayers try. Ruth goes from zero to witch in nothing flat, Sandy's just unbelievably needy and Isis is ridiculously awful. They're all caricatures — as are, unfortunately, the original trio. Let's hope Christmas looks up from here.

(R for crude sexual content and language throughout, and some drug use; click here for showtimes at Amarillo Star 14 and Hollywood 16)

Not since Friedrich in The Sound of Music has there been a Nazi so tempting to love as much as Stefan Brandt in The Exception, an unusual World War II thriller.

Brandt (Jai Courtney) is our tale's hero, odd as it may seem. I mean, really: Who in 2017 would think that there's anything at all good to say about the Nazis? Silly, right?

Anyway, Brandt has been assigned to check in on the in-exile Kaiser Wilhelm (Christopher Plummer) in Holland in 1940. The kaiser and his wife (Janet McTeer) hope that's a sign that they may be allowed to return to the throne, but really, the Nazis are looking for an excuse to kill them to set an example to German citizens who also want a return to the monarchy.

Brandt's also looking for a spy in the kaiser's ranks and, shortly after he arrives, he meets Mieke (Lily James), a housemaid with whom he quickly begins a sexual relationship. She learns to trust him enough to confess, first, that she's Jewish and second ... well, that's a spoiler that's not terribly hard to guess.

Now, why would a Jewish woman in 1940s Europe trust a Nazi officer? Well, Brandt is what the title spells out — an exception. He has nothing in particular against Jews, and his horror at some wartime atrocities in Poland leave him less than sympathetic to the Nazis in charge. But he's loyal to his country, which causes some tension — especially when Himmler himself (Eddie Marsan) arrives and is the very picture of slimy evil.

As unusual as the situation is, the film is quite well acted. Courtney is a fine, stoic leading man, and James shows strength and vulnerability. Plummer and McTeer are excellent, and Marsan is shudder-inducing (in a good way). 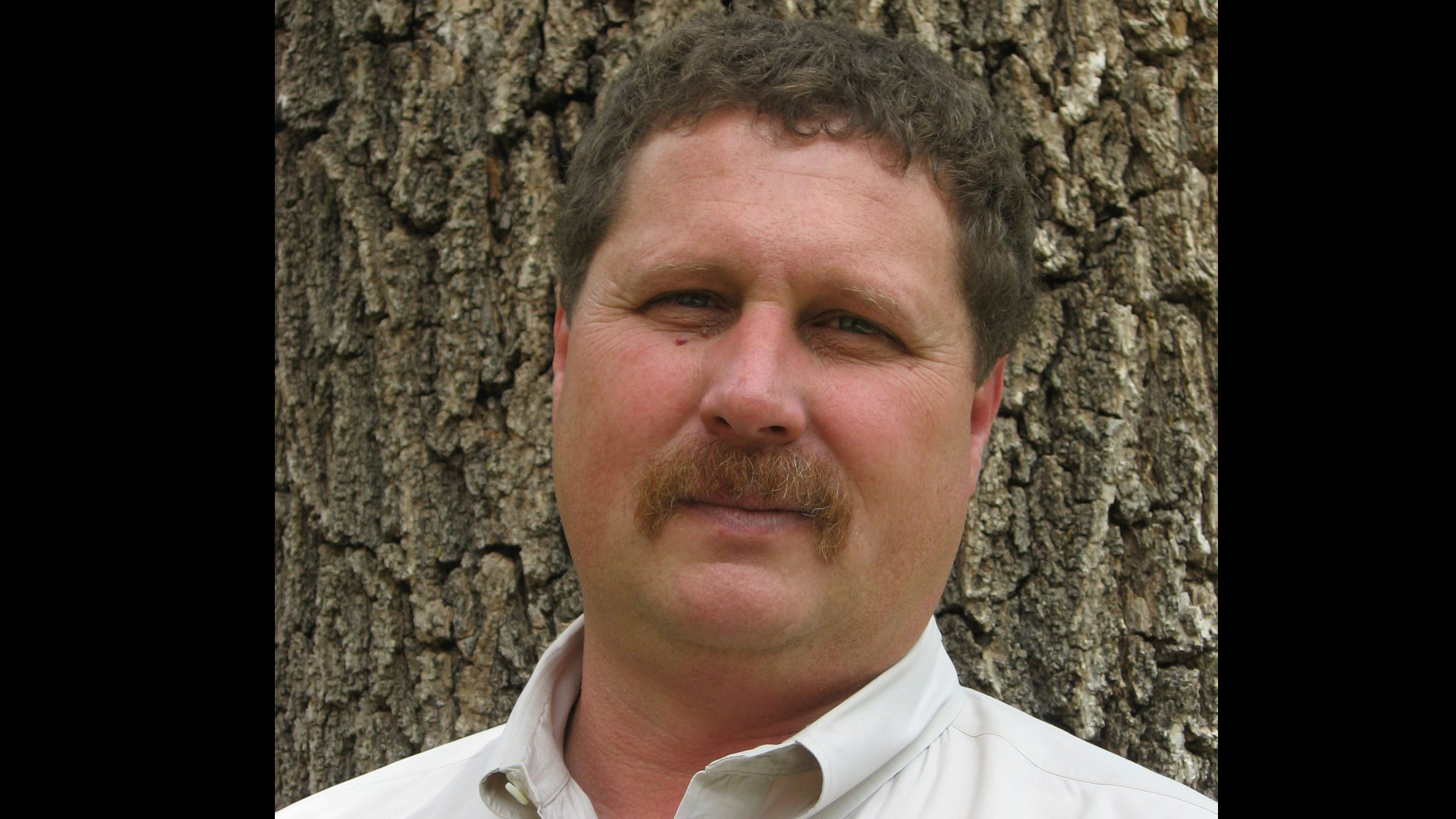 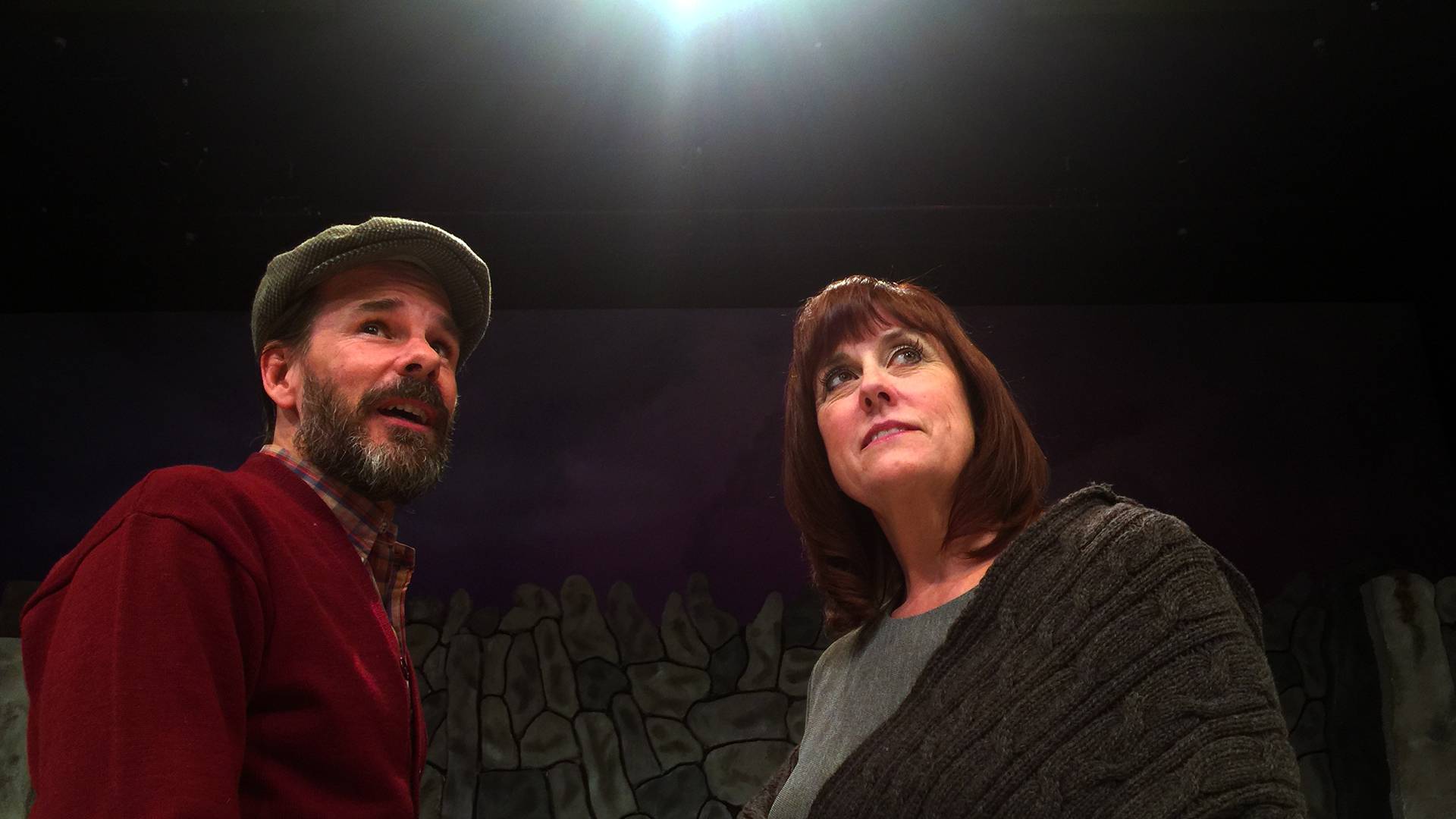