With New Land Commissioner, a New Era for Bush Family 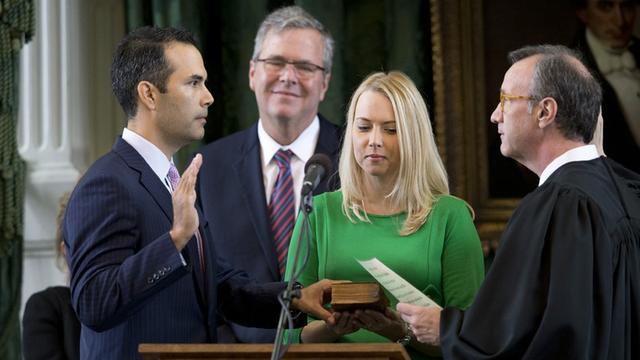 It's official: Texas is once again Bush country.

Big names in state and national politics gathered in the Texas Senate chamber Friday to watch Republican George P. Bush— son of Jeb, nephew of George W. and grandson of George H.W. — take the oath of office as the state's twenty-eighth land commissioner, kicking off a new era for what Texas Supreme Court Justice Don Willett called “one of the most revered families in American history.”

At the helm of the General Land Office, the fresh-faced former investment consultant promised to “add to the legendary story of Texas — a story that’s just getting started." Bush was sworn-in with his father, the former Florida governor and possible 2016 presidential candidate; his mother, Columba; and his wife, Amanda, looking on.

Bush’s role at the 179-year-old agency is sure to shine a brighter spotlight on its many duties, large and small.

It requires him to look out for Texas schoolchildren by extracting money from the very industries — oil and gas — that have fueled his family's wealth and political fortunes. That’s because the agency manages mineral rights on millions of acres of state-owned property, whose royalties flow into the $37.7 billion Permanent School Fund. In that capacity, Bush inherits a lawsuit against Denton, the North Texas city that voted in November to ban hydraulic fracturing.

He also assumes a hodge-podge of other responsibilities: protecting Texas’ coastline, handling billions of federal dollars for disaster recovery, preserving the Alamo, and administering loans and other benefits to veterans.

In his remarks, Bush said that he would “practice the politics of aspiration,” thinking each day about single mothers struggling to pay school tuition bills, oilfield roughnecks eying volatile oil prices and “wounded warriors” adjusting to civilian life. He also promised to improve the agency’s efficiency.

Jerry Patterson, the outgoing land commissioner, said he was happy to see Bush succeed him, calling the 38-year-old “eager and bright.”

Of the agency, he said: “I don’t think it needs any more attention, but if it gets more attention because the guy’s name is Bush, that’s great.”

Many gathered at the ceremony spoke broadly of the Bush family’s return to Texas politics but insisted the new land commissioner would make his own decisions.

“This man is his own man, with his own ideas and his own vision for the days ahead,” said Williams.

“I think we’re going to have a chance to see what he can do,” Cornyn told reporters, “regardless of what his name is.”

Bush's team originally closed the event to news media, in anticipation that his grandfather, the former U.S. president, would be attendance, causing security issues. After he decided to stay in Houston, press was allowed into the Senate Chamber. 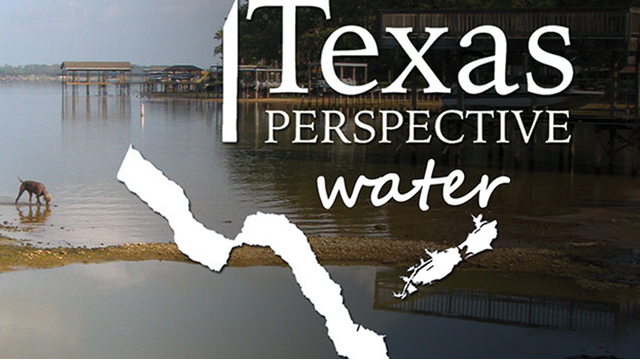 previous Post
A Public View
Water: The issues remain with us
by john kanelis
•
next Post
State News
Gohmert to Challenge Speaker Boehner
by abby livingston - texas tribune
•
next Post 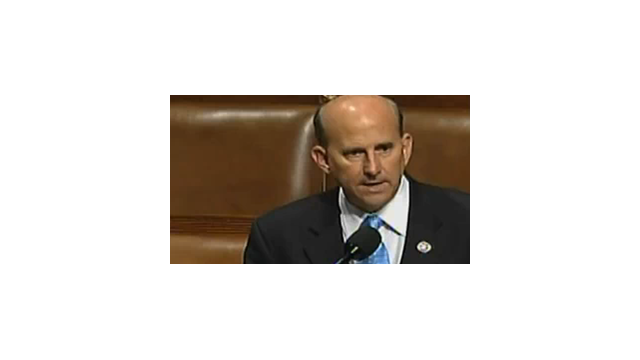