Perry Not First to Link Abortion Regulations and Rivers Death 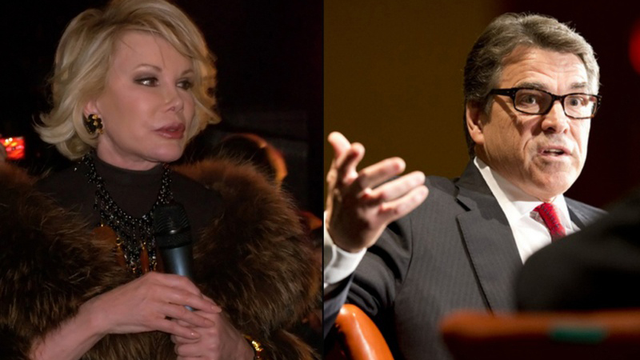 Gov. Rick Perry drew media attentionaround the world Sunday when he suggested comedian Joan Rivers might not have died had a measure similar to one that implemented new regulations on Texas abortion clinics been put into place in New York.

Yet Perry, whose office declined to clarify his remark, wasn’t the first to make a link between the circumstances surrounding Rivers’ death and House Bill 2. Several conservative writers had argued that the medical complications that emerged before Rivers' death serve as a reminder of the importance of doctors at clinics — including abortion clinics — having admitting privileges at local hospitals.

One of the requirements of House Bill 2, which Perry signed into law in 2013, is that doctors performing abortions must have admitting privileges at a hospital within 30 miles. A legal challenge over the law is currently winding its way through the federal court system.

Rivers died at the age of 81 on Sept. 4 at a hospital, a week after she visited a New York clinic called Yorkville Endoscopy for a minor procedure on her vocal cords and went into cardiac arrest. New York officials are investigating whether the clinic is at fault.

Perry brought up Rivers during an event at The Texas Tribune Festival, in which a member of the audience asked Perry about House Bill 2, which also requires abortion clinics to adhere to the standards of ambulatory surgical centers, such as meeting minimum sizes for rooms and doorways and having pipelines for anesthesia. The enforcement of those requirements has led to the shuttering of dozens of abortion clinics around the state.

“It was interesting that when Joan Rivers, and the procedure that she had done where she died — that was a clinic,” Perry said. “It’s a curious thought that if they had that type of regulation in place, whether or not that individual would still be alive.”

Perry’s comment on the incident was widely viewed as puzzling for two reasons: Rivers’ procedure was conducted in an ambulatory surgical center, which is the standard of care HB 2 imposes on abortion clinics, and Yorkville Endoscopy does not perform abortions.

On Sept. 1, as news spread that Rivers was in critical condition, some conservative writers pointed to a comment made by Dr. Nancy Snyderman, NBC's chief medical editor. Snyderman, while discussing Rivers’ condition, advised viewers getting even a minor medical procedure to “make sure your doctor has admitting privileges to the local hospital, because in this case it may well have saved Joan Rivers’ life.”

Conservatives saw Snyderman’s quote as proof of the reasonableness of the admitting privileges requirement in HB 2. Critics of the law have said that provision will contribute to large portions of the state not having any abortion clinics because no hospitals in those areas are willing to offer such privileges to the doctors working at area clinics.

Perry's remark on Sunday drew criticism from proponents of abortion access who suggested that Perry didn’t properly understand a key aspect of the controversial legislation he had signed.

Surprisingly, Perry was not the only lawmaker to connect Texas abortion regulations and Rivers’ death over the weekend. A day earlier, also at The Texas Tribune Festival, state Rep.Dawnna Dukes, D-Austin, brought up Rivers during a women’s health panel. Dukes pointed to the circumstances around Rivers’ death to buttress her argument that supporters of HB 2 were more interested in restricting access to abortions than improving the overall safety of medical care for women.

“Kanye West’s mother died on a plastic surgery table to enhance her body,” Dukes said. “And, you know, Joan Rivers, there’s some questions about that outpatient procedure she had, about a biopsy that was done on her vocal cords. There are a lot of women that go in … and some men, too. … We hear a lot more about deaths from that but we’re not putting those same requirements on those type of facilities. And those are elective procedures as well.”

Disclosure: Planned Parenthood was a corporate sponsor of The Texas Tribune in 2011. A complete list of Texas Tribune donors and sponsors can be viewed here. 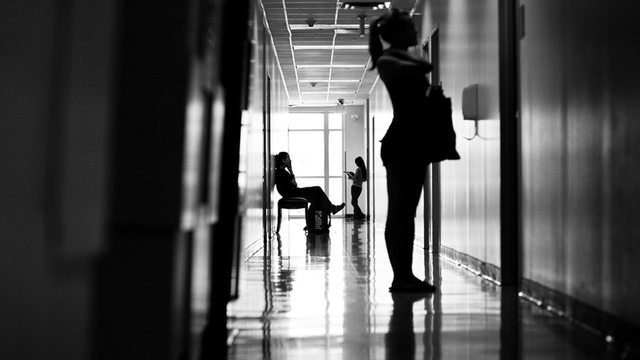 previous Post
State News
For Poor Students, Getting to College is Just the Start of the Challenge
by dianna douglas kera news
•
next Post
Play Here
ART21 Screening Event
by beau waldrop
•
next Post 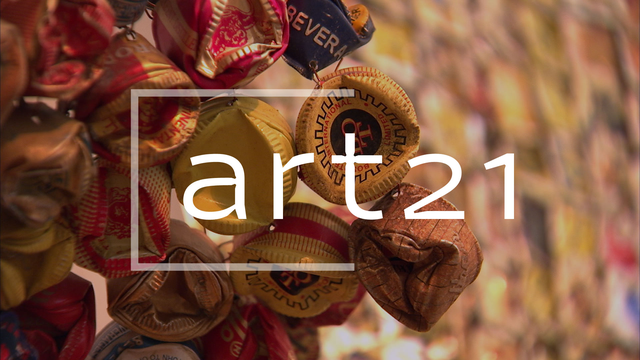