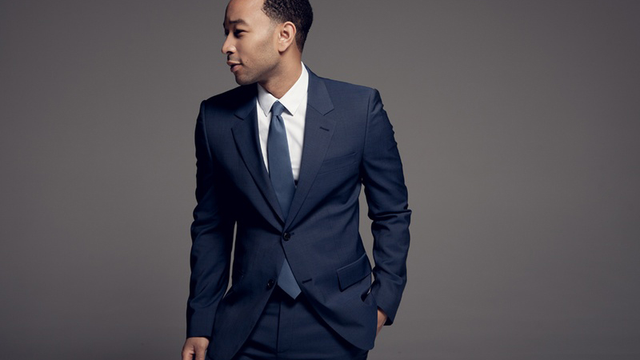 John Legend is best known for his music. But the Grammy, Golden Globe and Academy Award-winning singer-songwriter is in Texas this week lending his voice to something different: criminal justice reform.

Days after launching his Free Americacampaign to end mass incarceration in the United States, Legend on Thursday will be in Austin, where he’ll visit the Travis County Correctional Complex and meet with lawmakers to discuss ways to improve the criminal justice system.

His visit comes as the Legislature considers several measures that could affect the criminal justice system, including raising the age when teenagers can be criminally charged as adults and reducing penalties for marijuana possession.

Texas has for years had more prisoners than any other state, though the headcount has dropped slightly in the last six years amid reform efforts. At the end of last year, 150,212 offenders lived in Texas’ 109 prisons, compared with 48,000 in 1990, before the start of a prison-building spree.

Ahead of his trip, Legend talked with The Texas Tribune about why Texas is so crucial to the criminal justice reform movement.

The following is an edited and condensed transcript of the interview.

Texas Tribune: You’ve been outspoken on the issue of mass incarceration in the U.S., and you just launched the Free America initiative. Tell me about the initiative and what you’ll be advocating for this week in Texas.

Legend: We launched Free America because we believe that mass incarceration is a serious problem in America. We’re the most incarcerated country on earth. We have more jails and prisons in the United States than we have colleges and universities. Every day over 2 million people are incarcerated in federal, state and local prisons and jails, and every day 7 million people are under correctional control, which means being in prison or jail or on probation or parole.

And so many adults in this country — 65 million actually — have criminal records in America, and it makes it harder for them to get jobs, harder for them to do all kinds of things. A lot of this is a result of policies enacted over the last 40 years, policies that ratchet up sentences for all kinds of things, including a lot of nonviolent crimes. We saw a 700 percent increase in prison population over the last 40 years. And we believe it’s time to reverse that.

And so we’re starting this initiative, not because we’re the first ones to think about this or care about this, but we want to help create awareness for the efforts that are already ongoing, help amplify them and support them and really get America to pay attention to this issue, because a lot of times people that are incarcerated are forgotten about. We kind of put them in prison and forget about them and forget about the fact that they are people with families, with histories, with stories, stories that are meaningful and we can all learn from.

We need to pay attention to them again and try to end this system that has really destroyed so many lives and so many communities.

TT: You’ve talked about the high rates of incarceration among minorities. The racial disparities in Texas are easy to grasp: Blacks make up 12 percent of the state’s population, but they make up a third of individuals in prison or jail. Are these sorts of statistics emblematic of why Texas is important to this movement?

Legend: I think Texas is always going to be important to any kind of movement that’s hoping to make change in America because Texas is such a big state. It is really a leading state when it comes to a lot of things, but you don’t want to be a leader in the area of incarceration. You want to be the leader in the area of reforming it. We actually are seeing initiatives in Texas to think more smartly about incarceration and the way we deal with crime. And we’re going to try to support some of those efforts that are already ongoing.

TT: And you’re partnering with the Texas Criminal Justice Coalition on these efforts?

Legend: Yes, they’ve been at the forefront of this fight. Like I said, there are already organizations out there that are doing this work, and we’re trying to help amplify their work and support them in any way that we can. For over a decade, they’ve been fighting for support for over 150 policies that have chipped away at Texas’ incarceration issues. And they’re one of the nation’s preeminent smart justice organizations.

We understand the need for justice, and we understand that if someone commits a crime there needs to be some kind of justice that comes with that. But we think we can do it in a smarter way. We made a decision as a nation in the last 40 years to deal with it by ratcheting up sentences for everything, and that hasn’t been productive.

TT: What are some solutions to the high rate of incarceration in the U.S., and what role can Texas lawmakers play in correcting that?

Legend: Part of it is bringing down sentences. We ratcheted them up over the last few decades, and these are things that can be reversed. There are a lot of crimes that we’re over-punishing now.

What we did in California as a coalition that was formed by activists and artists and all kinds of people, we all decided there were some crimes that were being over-punished and we fixed six of them that were nonviolent crimes that were classified as felonies that needed to be reduced to misdemeanors and needed to have reduced sentences. And we were able to accomplish that through a ballot initiative, and I think that states around the country could follow that example and say, "You know what, we went too far on this punishment. We overdid it, and we need to peel back some of these laws so that people aren’t staying in prison for as long."

And sometimes some crimes don’t need a prison sentence. There are a lot of drug offenses that are nonviolent that perhaps the best remedy is rehabilitation and other kinds of services that are more restorative instead of damaging people’s lives so much.

TT: Does this include the probation-over-incarceration debate?

TT: In Texas, there’s this ongoing conversation about the role of state government and the state taking action on matters Congress has been slow to address. Is this an issue where the states need to take the lead? Or does reforming the criminal justice system fall on Congress? Or do they need to work together?

Legend: I think it’s going to have to be on both levels because a lot of these laws that need to be reversed are state laws, and there’s quite a bit of them that are federal laws as well. We need a multipronged strategy where we’re trying to make an impact in the large states where we can really make a big difference and states where they’re already starting to move in the right direction. We can help accelerate that, but we need to talk to our congresspeople who are making the laws for our whole nation as well. And we’ll be doing that. 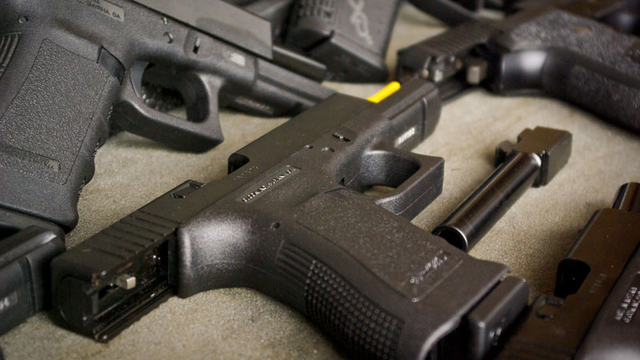 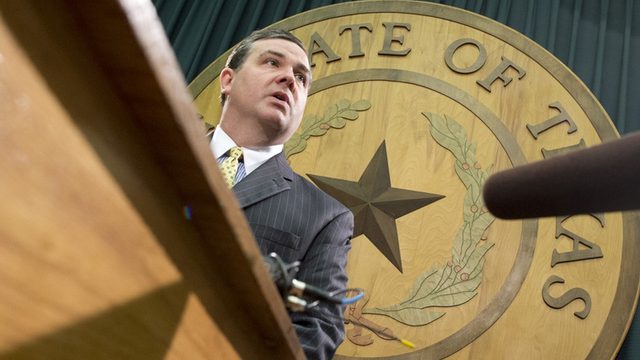