Theater fans in Amarillo will have several options to satisfy their itch over the summer.

Though the traditional arts season in Amarillo runs from late August through May, several theatrical productions will be staged over the summer. In addition to two youth musical productions, summertime Shakespeare and, of course, Texas, theater lovers can enjoy a new original play and a favorite dramedy.

Plus, the 72nd annual Tony Awards will broadcast Sunday on CBS, a couple of classic film musicals will screen in special engagements, and a couple of highly regarded productions will screen here direct from New York and London.

Check for details on all of your summer theater options below.

The 53rd season of the beloved outdoor musical Texas opened June 1 and will continue at 8:30 p.m. Tuesdays through Sundays in Pioneer Amphitheatre in Palo Duro Canyon State Park.

The cast also will perform June 13 at Center City of Amarillo's High Noon on the Square.

Surrounding the June 9 performance are a pre-show party and a post-show "afterglow." Tickets are $50 to each.

Up first is Broken Belts Collective's Sultry Summer Dreams at 9 p.m. June 8 at City Studios, Studio 25 at Arts in the Sunset, 3701 Plains Blvd.

Director Allexa Zwink said the show "takes us back to the era of prohibition, when jazz was hot, and the girls were hotter."

It will feature performances by Lola LeStrange, Chola Magnolia, Nikki DaVaughn and more, plus a live band led by Austin Brazille and Jacob Rives.

Then comes Bomb City Pretties and Galatea Burlesk's Love and Confection — which will celebrate "all things edible and delectable," according to Galatea leader Nox Falls — at 9 p.m. July 14 at The 806 Coffee + Lounge, 2812 S.W. Sixth Ave. Tickets are $10.

Broken Belts will do a Best-Of show July 13 and an additional show Aug. 10, but details are still being finalized for each.

Song of the Eagle

If it's summer, that means it's time for the Kwahadi Dancers' Song of the Eagle.

An optional dinner begins at 6 p.m.

Show tickets are $9 for adults, $8 for seniors and $7 for children.

It's the next best thing to actually going to New York: The 72nd annual Tony Awards will broadcast at 7 p.m. June 10 on CBS.

You'll likely see performances from all of this year's nominated musicals, both new and revival: SpongeBob SquarePants: The Musical, Mean Girls, Frozen, The Band's Visit, My Fair Lady, Once on This Island and Carousel.

Producers will surely try to somehow feature the play nominees, as well, particularly Harry Potter and the Cursed Child, Parts One and Two and Angels in America. Other new play nominees include The Children, Farinelli and the King, Junk and Latin History for Morons. Other play revival nominees include Three Tall Women, The Iceman Cometh, Lobby Hero and Travesties.

To help you prepare, here's my Spotify playlist for this year's awards. My Fair Lady and Carousel aren't available yet, so I used songs from past productions, as well as songs sung by nominated actors in some of their earlier roles. For Summer: The Donna Summer Musical, I just picked two of the diva's best songs. I also included Brian Tyree Henry's "We Can Always Come Back to This" from This Is Us, a couple of tracks celebrating lifetime achievement winners Chita Rivera and Andrew Lloyd Webber, and one from special Tony winner Bruce Springsteen.

Theater comes to the big screen several times over the summer, including a pair of filmed-live performances and some classic movies based on beloved musicals.

The National Theatre Live screening of The Curious Incident of the Dog in the Night-Time brings to life the acclaimed book (which itself is part of PBS's The Great American Read). Filmed at a London staging of the popular play (which went on to win five Tony Awards in 2015, including best play), the special screening is set for 7 p.m. June 12 at United Artists Amarillo Star 14, 8275 W. Amarillo Blvd.

And finally, the TCM Big Screen Classics series will continue with a 60th anniversary screening of South Pacific, the beloved Rodgers & Hammerstein musical about wartime on a South Pacific island. It'll screen at 2 and 7 p.m. Aug. 26 and 29 at both United Artists Amarillo Star 14, 8275 W. Amarillo Blvd., and Cinemark Hollywood 16, 9100 Canyon Drive.

In their (limited) off-hours from staging the musical drama Texas, cast members (and often hospitality crew members, too) annually produce a Shakespearean classic.

This season, it's Richard III, one of the Bard's historical dramas that tells of the British king's bloody rise to short-lived power.

The drama, to be directed by departing West Texas A&M University theater director Andrew Barratt Lewis, will be staged at 8:30 p.m. June 18 and 25 in Pioneer Amphitheatre in Palo Duro Canyon State Park.

As fans of the 1989 film know, Robert Harling's play depicts the bond between six Southern women as they deal with family dramas, grumpy friends and a tragic death. But unlike the film, all of the action stays in Truvy's beauty salon and is strictly focused on the women; no other characters appear in the play.

Coincidentally, it'll be the first of two visits to the salon for Amarillo audiences in coming months: Amarillo Little Theatre also will stage it in February and March.

See what happens after Happily Ever After in Wonderland Wives, a risque comedy to be staged by RR Entertainment.

You'll catch up with favorite characters like Snow White, Cinderella, Belle and others as they discover that life is truly no fairy tale.

The musical by Marsha Norman and Lucy Simon adapts the popular children's novel by Frances Hodgson Burnett about a young English girl who's sent to live with unfamiliar family members following the death of ther parents. There, she discovers a neglected garden and helps repair both it and the relationship between her damaged uncle and sickly cousin.

The cast also will perform June 20 at Center City of Amarillo's High Noon on the Square.

Amarillo Little Theatre Academy will tackle the Stephen Sondheim/James Lapine musical Into the Woods for its first summer production.

It's an intimate production of the popular deconstruction of fairy tales, starring five young men and five young women.

The show didn't fit in the academy's regular season because, with its adult themes, it's not something the theater would stage for school audiences as it does all of its regular shows, director Jason Crespin has said.

When a Woman's Fed Up! It Ain't Nothing Left to Talk About

Noah's Art Outreach Ministry will stage Amarillo playwright Kissey Reed's drama When a Woman's Fed Up! It Ain't Nothing Left to Talk About in a one-night event in July.

The play — about a hardship-stricken family who's "sick and tired of being sick and tired," according to the play description — will be staged at 7 p.m. July 21 in the Sam Houston Middle School Auditorium, 815 S. Independence St.

The stage show takes place on the day of the Great Adventure Bay Race, with the PAW Patrol called in to find the missing mayor and make heroic rescues.

Acting troupe Merely Players will revive its production of Cotton Patch Gospel, a musical based on Clarence Jordan's The Cotton Patch Version of Matthew and John.

In the musical — featuring a script by Tom Key and Russel Treyz and music by Harry Chapin — the life of Jesus is retold and set in modern-day rural Georgia. 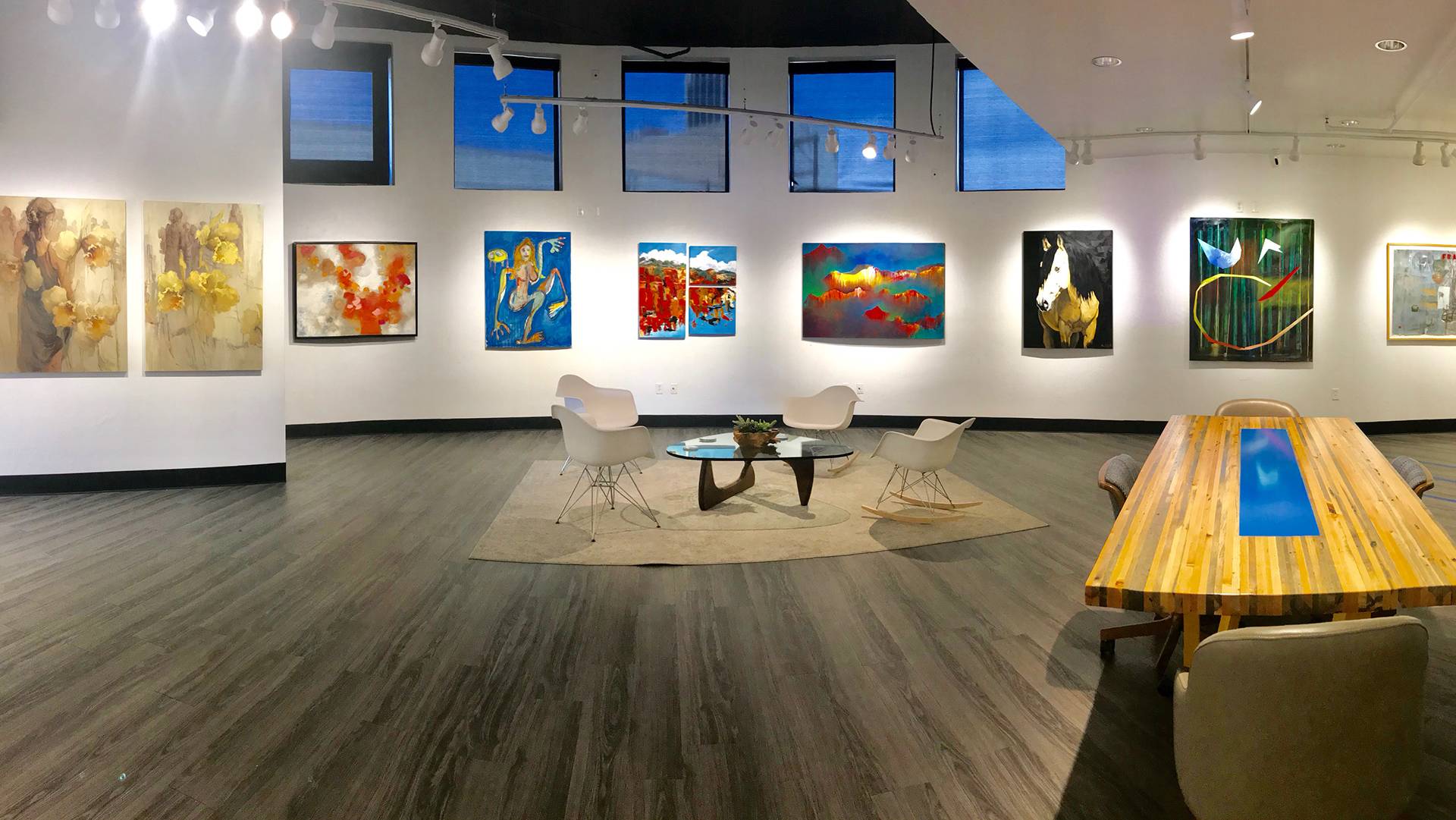 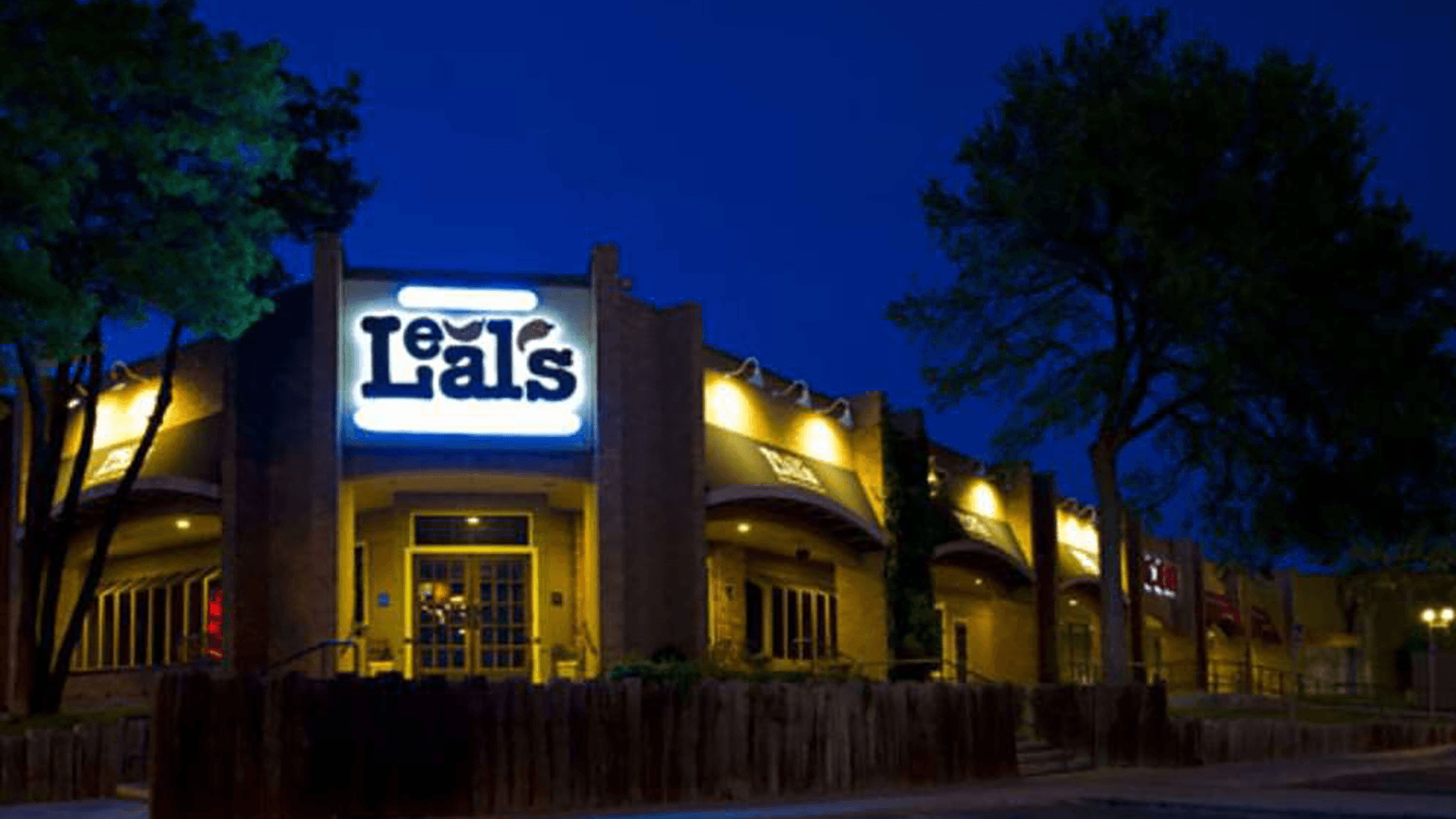