Movie Watch: Amarillo film options for the weekend of Oct. 21 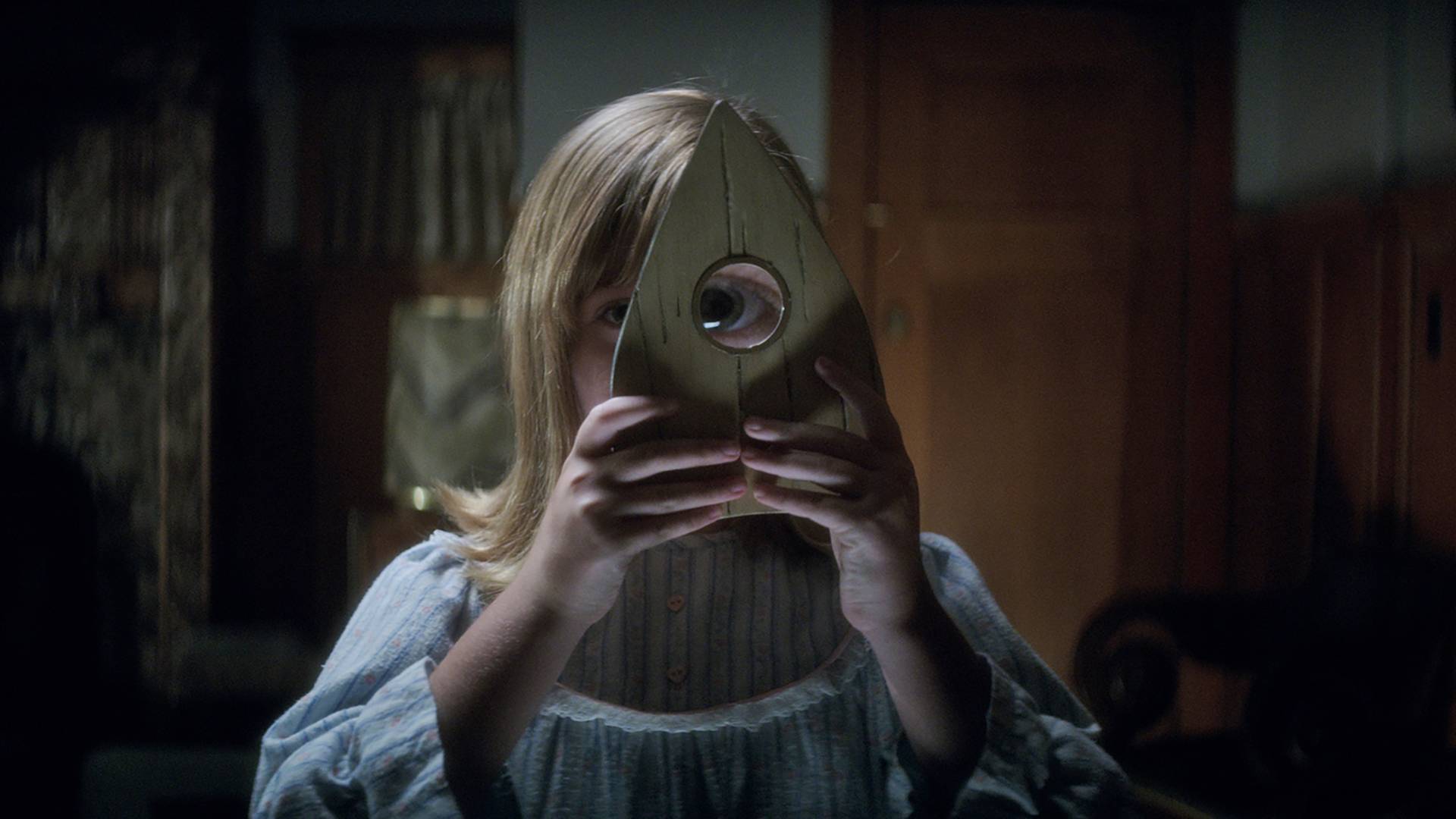 In Amarillo theaters this week: Tom Cruise, Zach Galifianakis, Madea and other demons, plus, a family drama directed by John Krasinski (The Office). 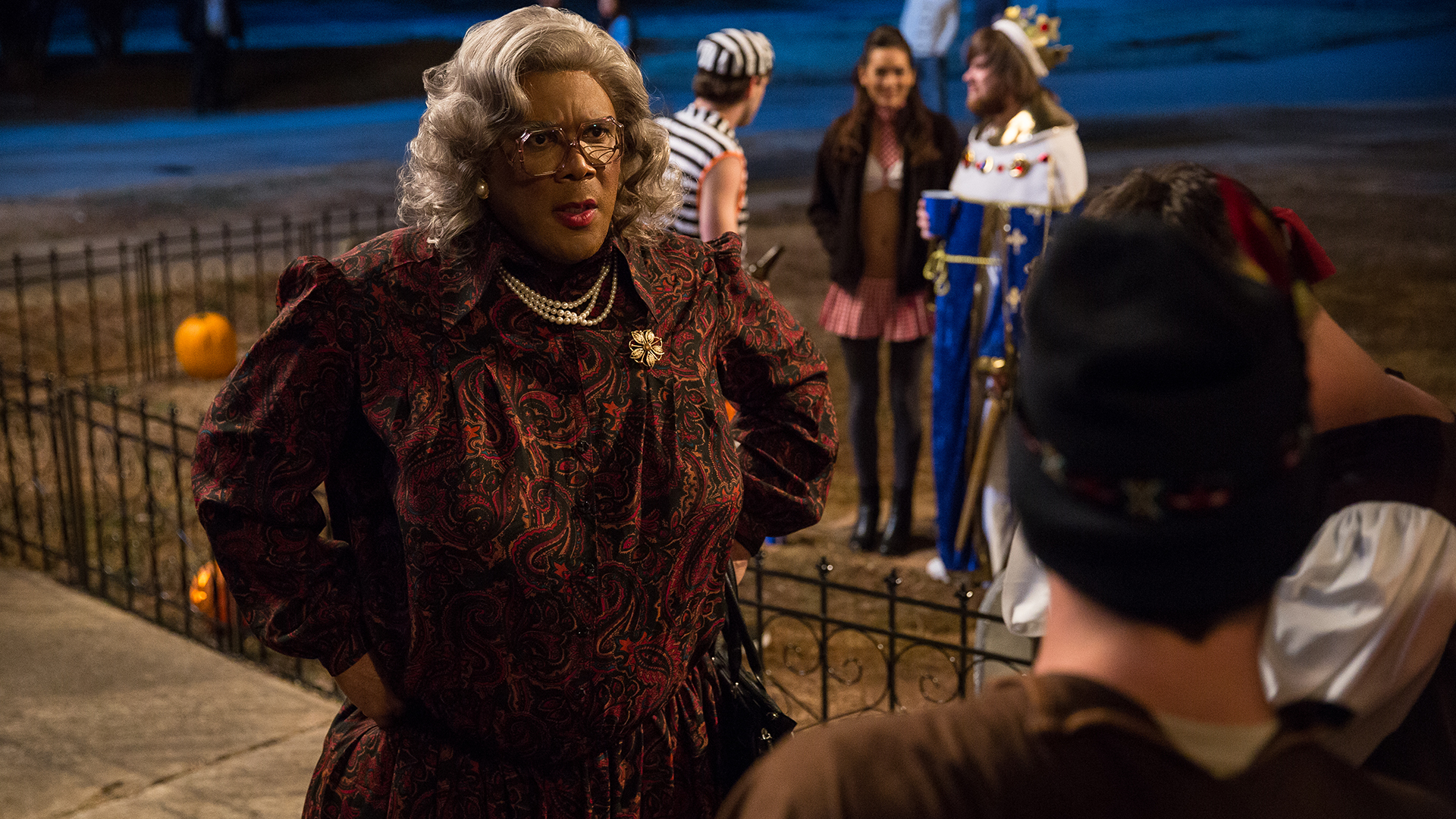 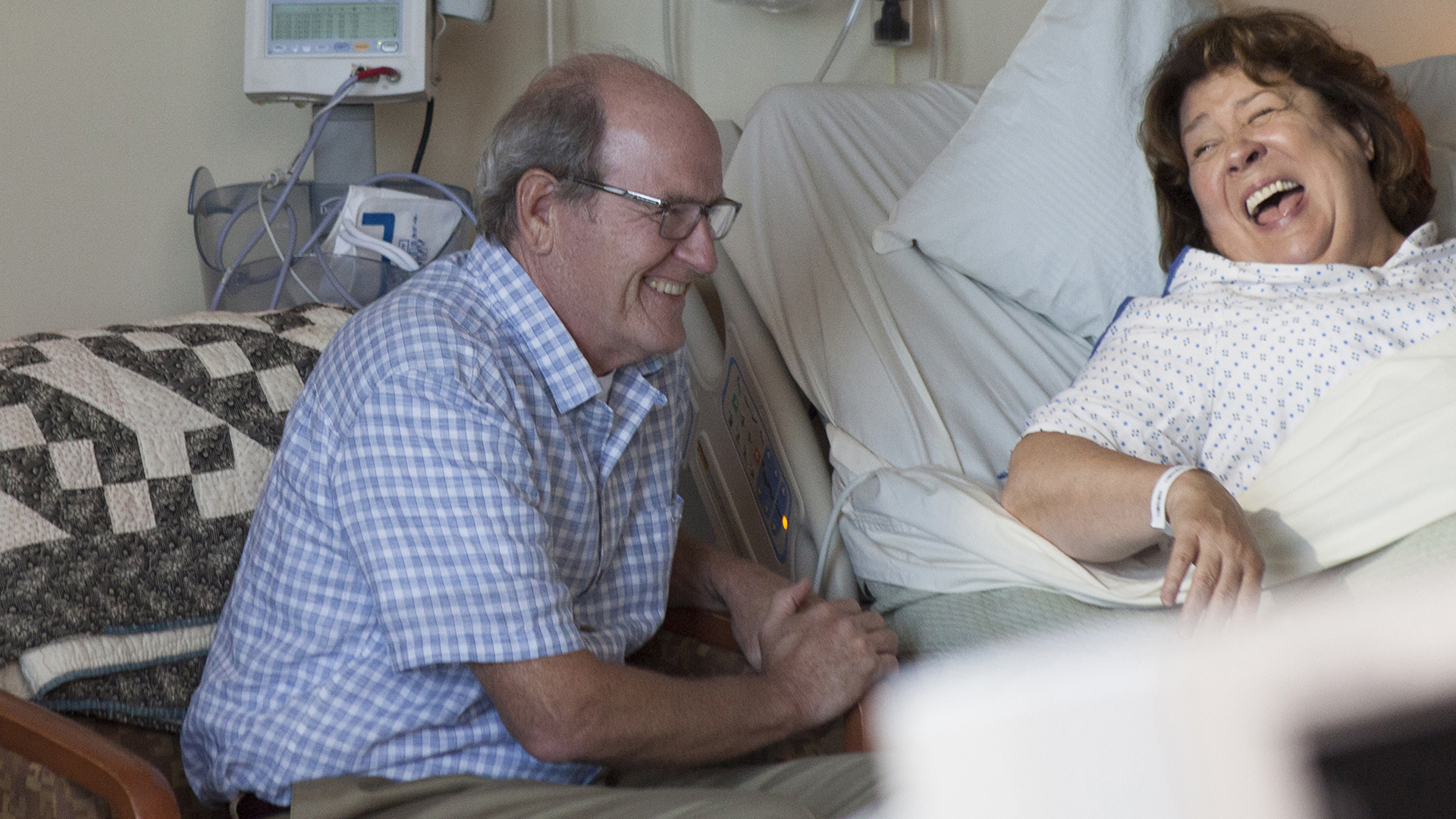 An urban transplant (John Krasinski, who also directed) returns to his rural Mississippi home on the news that his mother (Margo Martindale) has been diagnosed with a brain tumor in this indie dramedy that, reviews suggest, hews too closely to the indie dramedy template. Upon his return, John (that's his character's name, too) gets drawn into all kinds of family drama with his father (Richard Jenkins), his brother (Sharlto Copley) and his ex-girlfriend (Mary Elizabeth Winstead) and her husband (Charlie Day), while he's fleeing impending arrival of a baby with his girlfriend (Anna Kendrick) back in New York. It's a bit much, many critics say. "That sounds like a whole lot of disillusioned, bummed-out people for one film, and maybe it is. But The Hollars approaches all of them with a mostly light touch, and folds their stories beneath the umbrella of diminished expectations, so that the whole thing goes down easily. Maybe too easily," writes RogerEbert.com's Matt Zoller Seitz.  The Washington Post's Ann Hornaday is less positive: "The Hollars drives inexorably to a conclusion that feels as manipulatively mawkish as it is impossibly tidy, typical of a genre that too often tries to have it both ways. It turns out that happy families are all alike, even when they’re a little bit sad." (PG-13 for brief language and some thematic material; Premiere Cinemas Westgate Mall 6, 7701 W. Interstate 40) 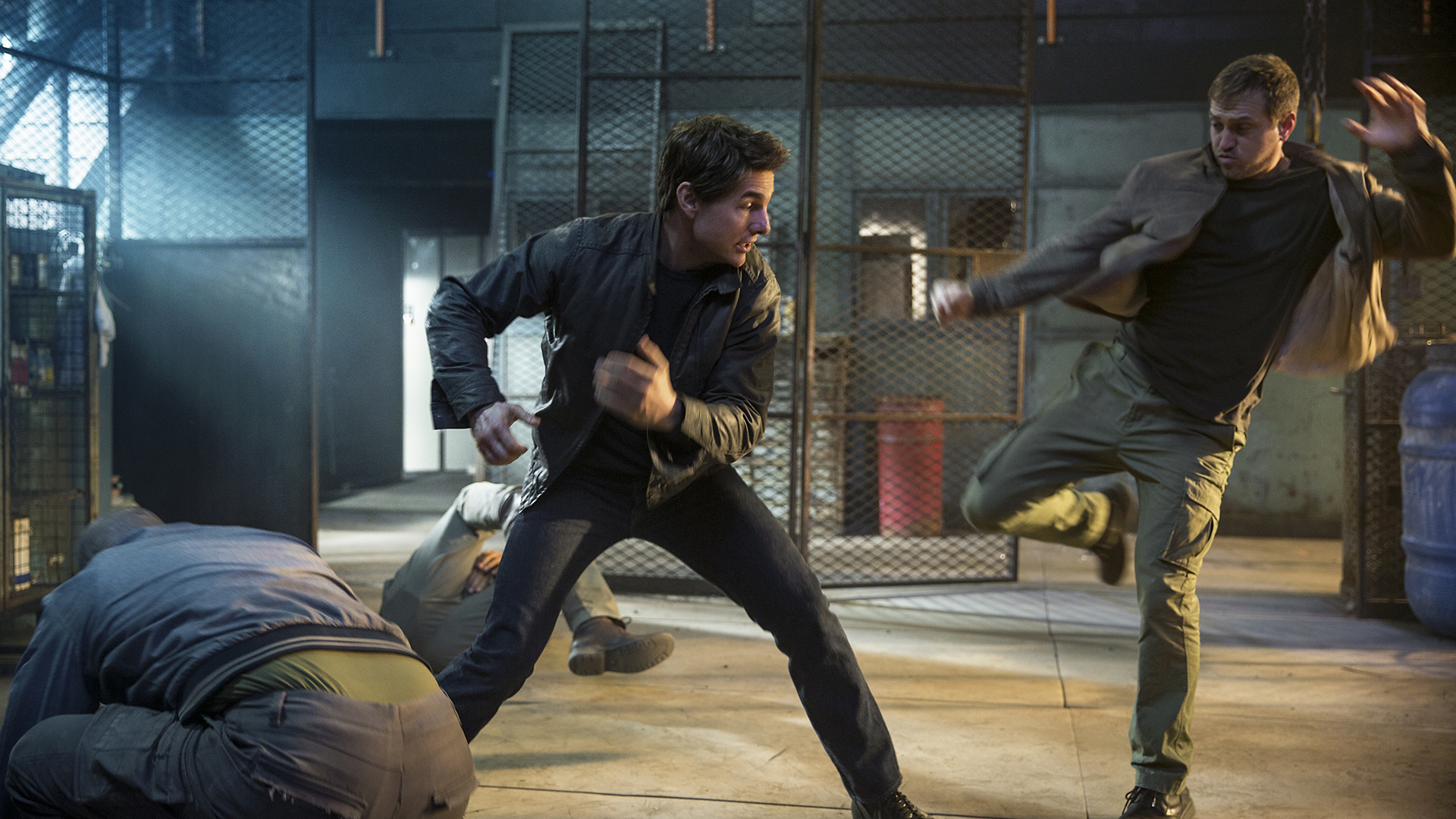 Tom Cruise continues his run as Hollywood's major action star in this sequel to the 2012 surprise hit, with Cobie Smulders (How I Met Your Mother) riding along as Reacher's replacement as a military police officer. They're on the run after she's framed for espionage; tagging along is a 15-year-old girl who may or may not be Reacher's daughter. Reviews aren't as positive for the first installment. "Less of a movie than it is a monotonous two-hour supercut of Tom Cruiseelbowing people in the face, Jack Reacher: Never Stop Never Reaching (editor’s note: not the actual title) is a relentlessly generic star vehicle that’s been stripped down to nothing but an old engine and a rusty chassis," writes The Wire's David Ehrlich. (PG-13 for sequences of violence and action, some bloody images, language and thematic elements; AS-14, H-16)

Keeping Up with the Joneses 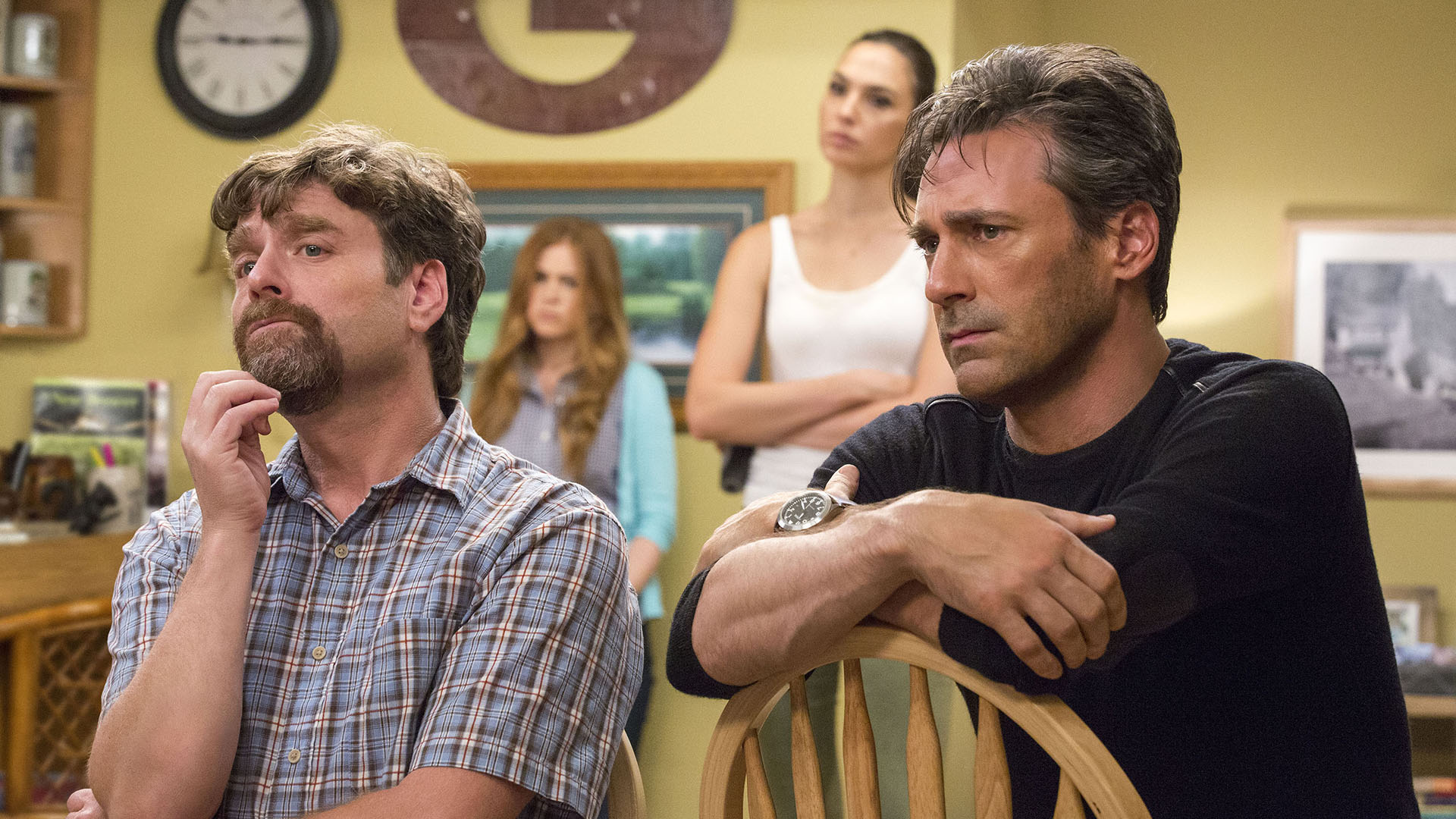 Zach Galifianakis and Isla Fisher star as a suburban couple who learn that their slick new neighbors (Jon Hamm and Gal Gadot) are actually spies in a comedy from director Greg Mottola. Reviews are dismal. "Even those of us with a soft spot for dumb, high-concept Hollywood comedies might be outraged by the limp, unfunny nothingburger that is Keeping Up with the Joneses," writes The Village Voice's Bilge Ebiri. "It’s as if somebody wrote out the basic setup, figured they would flesh out the character bits and plot twists and jokes later … and then never got around to it. It’s dispiriting and infuriating all at once." (PG-13 for sexual content, action/violence and brief strong language; AS-14) 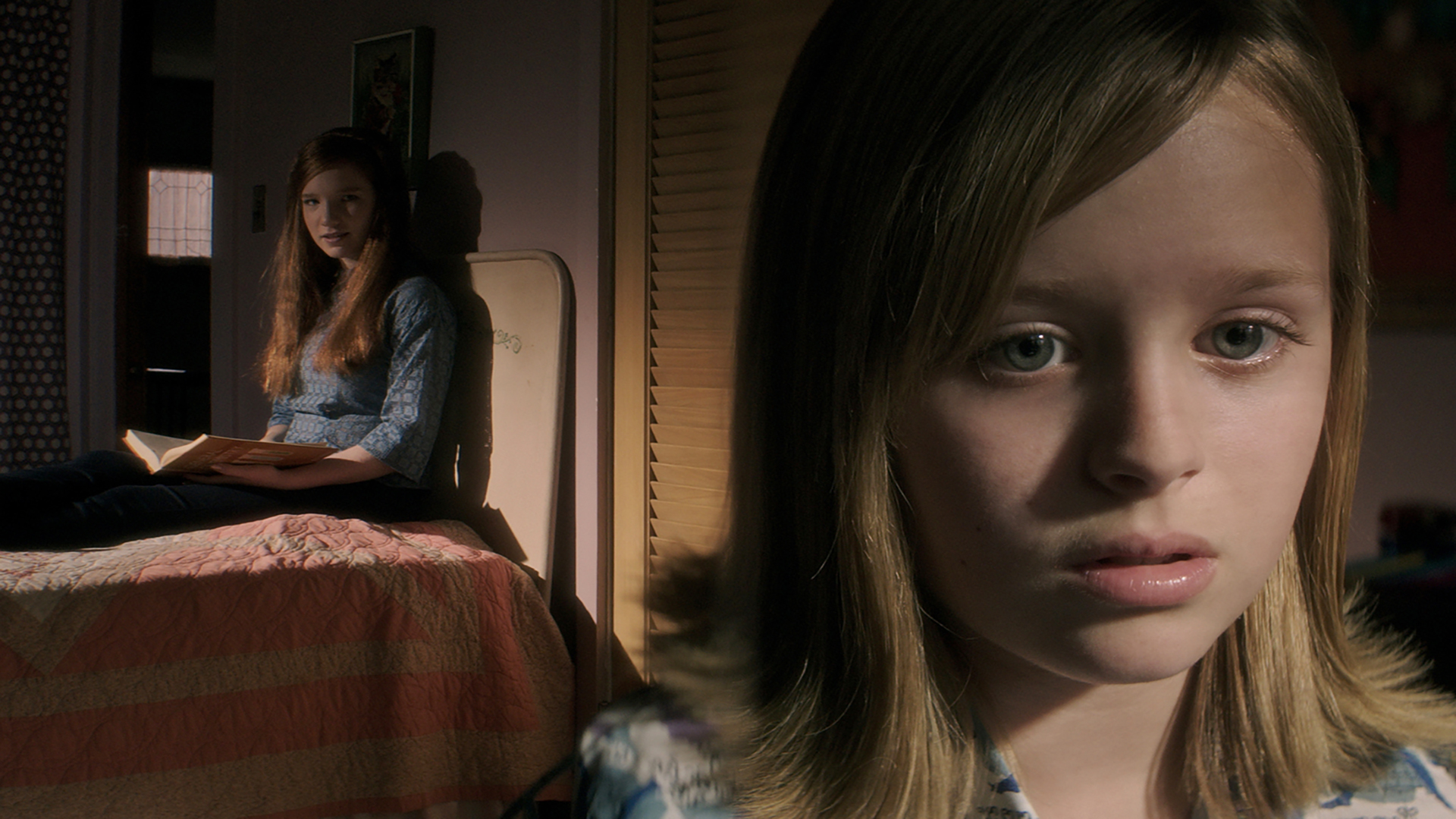 A widowed mother (Elizabeth Reaser) and her two daughters (Annalise Basso and Lulu Wilson) offer to connect grieving people with their deceased loved ones from their 1967 California home in this prequel to the 2014 horror flick. What happens instead is that the younger daughter (Wilson) is possessed by a demon. Critics say the film surpasses the original. "Equal parts horror masterclass and internal home-invasion thriller, Ouija is as chilling and nerve-racking as they come. It’s a sort of cinematic heart attack — irreparably damaging to the body and mind, with a slow recovery time," The Wrap's Sam Fragoso writes. "The rare horror sequel made with considerably more wit, craft, and imagination than its predecessor, Ouija: Origin of Evil feels less like the continuation of a budding franchise than an apology for what went wrong the first time," writes Variety's Geoff Berkshire. (PG-13 for disturbing images, terror and thematic elements; AS-14, H-16)

Tascosa Drive-In, 1999 Dumas Drive, will seven horror and monster films for audiences between Friday and Sunday, its penultimate weekend of the season. Jeeper Creepers and Jeeper Creepers 2 will screen Friday, followed by 28 Days Later and 28 Weeks Later on Saturday and, on Sunday, by Godzilla (1954), Godzilla vs. Hedorah (1971) and Godzilla 2000. Cost is $10 per carload.

Stanley Kubrick's ultra-creepy (and pretty unfaithful) adaptation of Stephen King's horror novel returns to theaters as part of the TCM Big Screen Classics series. It'll screen at 2 and 7 p.m. Sunday and Wednesday at Amarillo Star 14. Watch out for twins. And axe-wielding maniacs. (R)

The actor-turned-evangelist's worship session, which explores the question "where is hope?," gets a rebroadcast at 7 p.m. Monday at Amarillo Star 14.  Cameron is joined by pastors Francis Chan and Dr. James MacDonald, Dr. Ben Carson, authors Jennifer Rothschild and Eric Metaxas, and others. (NR)

The former Mystery Science Theatre 3000 guys return to skewer this midnight-movie favorite about a young woman who survives a horrible car crash — or does she? You can watch it live at 7 p.m. Thursday, and it'll be rebroadcast at 7:30 p.m. Oct. 31. (NR) 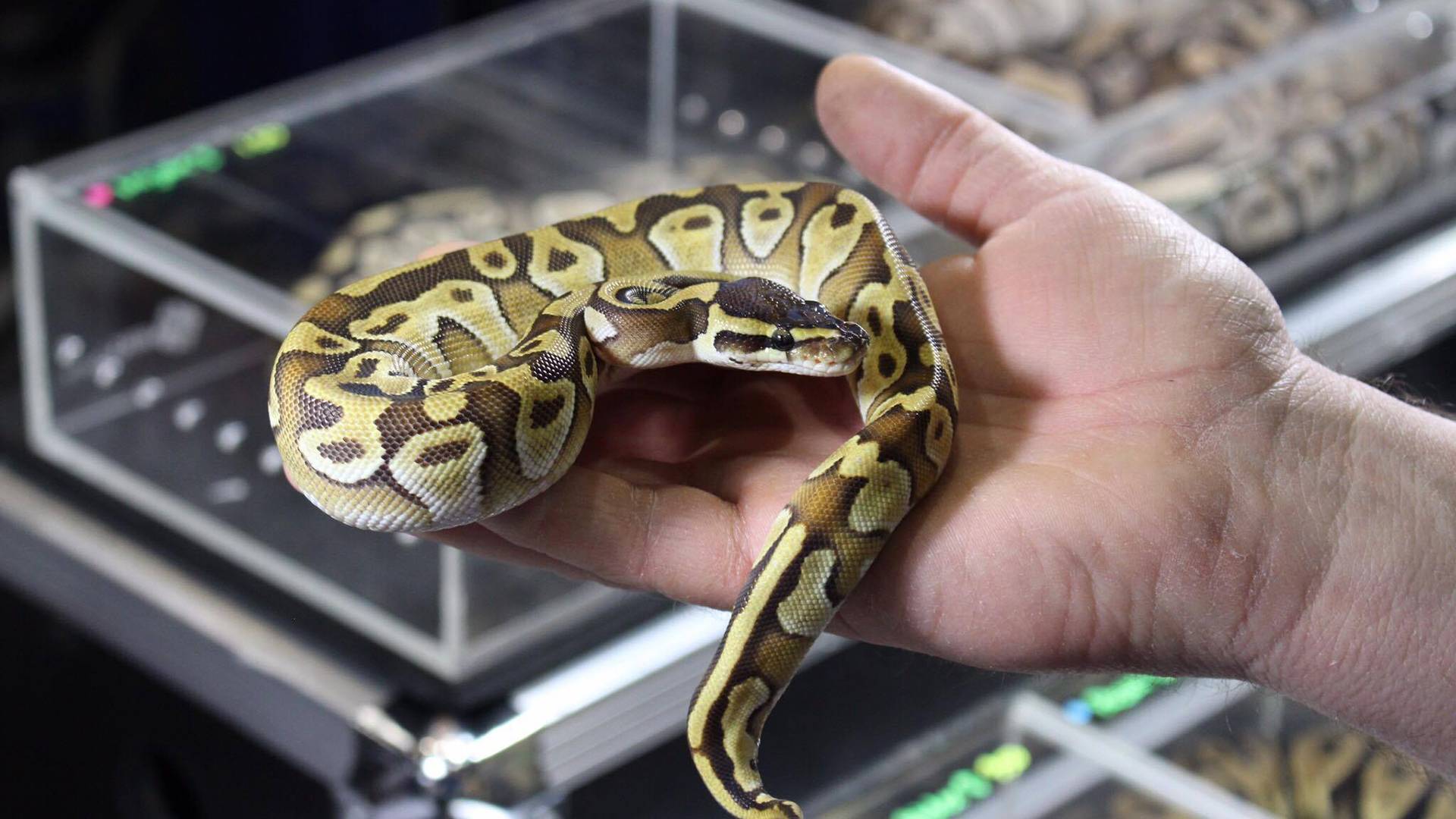 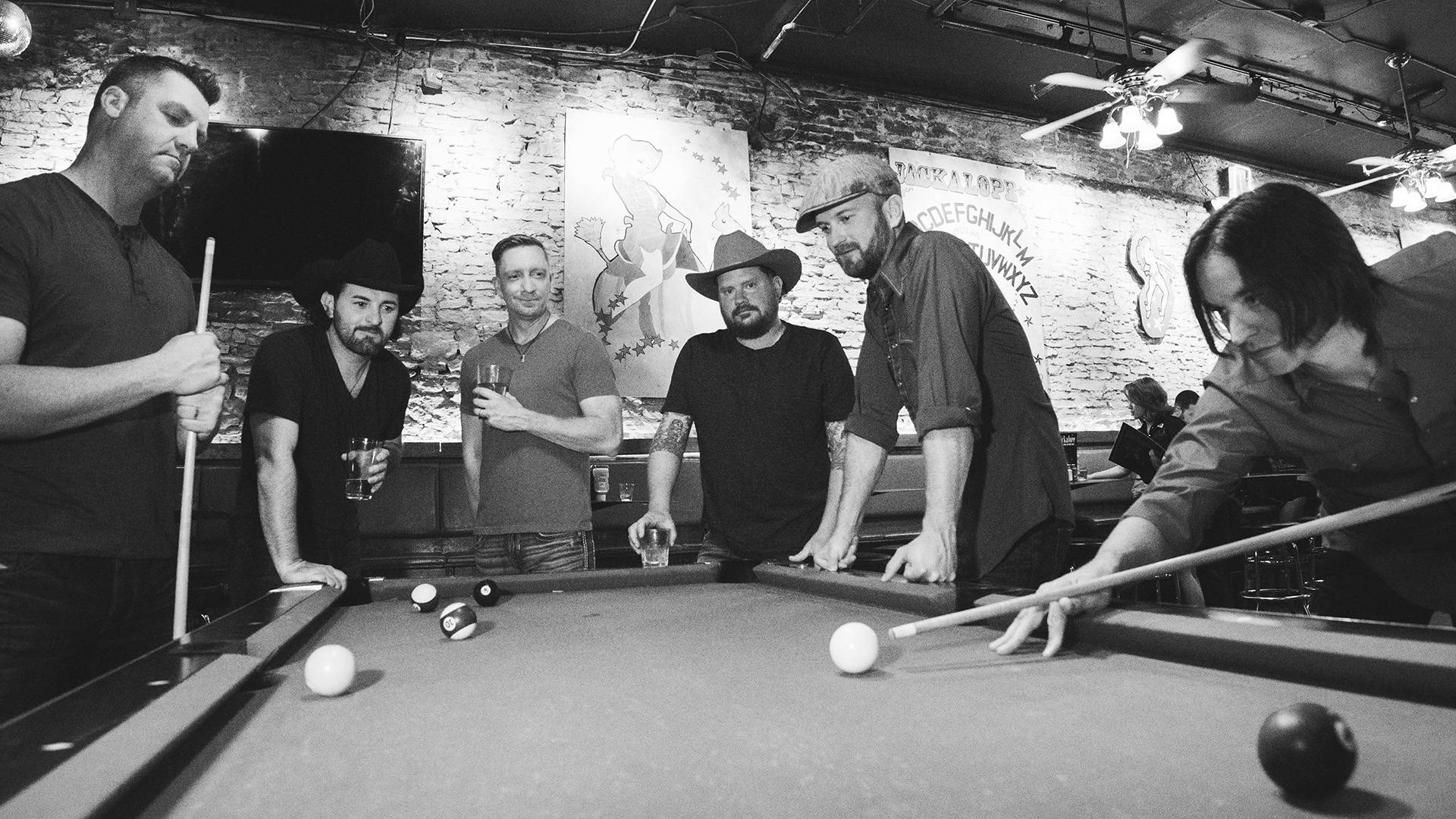