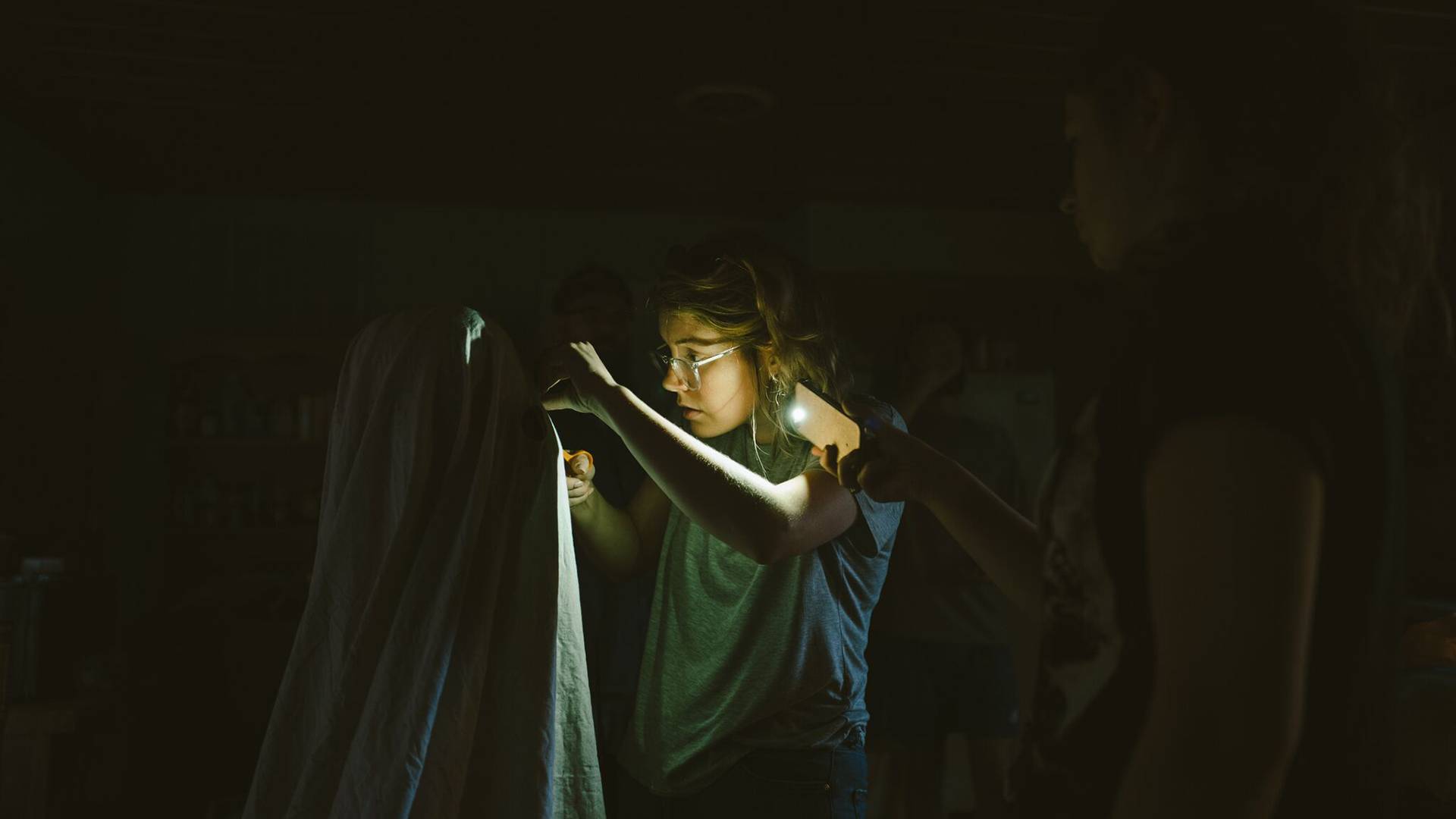 Pro tip: A king-sized bedsheet is not large enough to work as a ghost costume for an adult.

So no matter what you think when you see the trailer for A Ghost Story, an art-house stunner making its way to Amarillo this weekend, making the shroud that covers its deceased main character — which is somehow both disarming and devastating — was a more complicated process than you'd suspect.

And the woman responsible is an Amarillo native — Annell Brodeur, a 2005 Tascosa High School graduate.

It's not that Brodeur has a particular skill in making ghost costumes: She got the job as costume designer for A Ghost Story thanks to a longtime creative partnership with its director, David Lowery, dating back to their days in the indie film scene in Dallas.

Brodeur met the up-and-coming filmmaker — who made waves with 2013's Ain't Them Bodies Saints, then got his biggest mainstream exposure yet as the director of Disney's 2016 remake of Pete's Dragon — through her eventual husband, Toby Halbrooks, Lowery's producing partner.

"My first time on set was with Ain't Them Bodies Saints in the costume department, and I learned about how a feature is made," said Brodeur, who had studied theatrical costuming at the University of North Texas, then transitioned to film work on shorts and director Kat Candler's 2014 feature Hellion.

"A lot of people have tumultuous growing pains in the industry, but I've managed to find people who are all just like a family," Brodeur said. "You do projects with friends (because) you have to be around each other so much, have to trust each other so much.

"It's nice making fun stuff with your friends and get paid doing it," she continued. "It's super weird, and I thank my lucky stars."

Among those projects: the 2015 indie romantic drama 6 Years with Taissa Farmiga (American Horror Story), Person to Person with Abbi Jacobson (Broad City) and Michael Cera (Arrested Development), and the Adult Swim short The Duplex Suplex Complex. In between those gigs as the head costume designer, Brodeur also worked as a costume assistant on Pete's Dragon.

"Needless to say, that was a much bigger project," she said. "Toby and David wrote that movie together and were going to New Zealand (to film it), so I thought, I can sit home for months and not do anything, or I can go with them and try to figure out something to do. My hope was that I could find some place on the crew, but there was no guarantee. I interviewed with the costume supervisor (Pip Lingard) and the assistant costume designer (Katherine Milne), and they both found me worthy.

"Shooting a project of that scale — this is how professionals work," Brodeur recalled. "A lot of that crew had worked on Academy Award-winning films. When you're surrounded by that caliber of talent and experience, you're bound to learn a wealth of knowledge."

After that long shoot and before its release, Lowery decided to make A Ghost Story, based on "an idea for a little movie about a ghost haunting a house for 200 years," he wrote in his blog. "There was a window of about a month and a half between the time we finished Pete's Dragon and the run up to its release, and surely, I thought, that would be enough time to make a small, self-financed ... movie."

Lowery took a 30-page script to Halbrooks and fellow producer James M. Johnston to hash out the concept.

"I think they knew that this could be something that didn't work," Brodeur said. "It's possible that nobody wants to see this. We went into the filming process knowing that, in the end, this one's for us. If nobody else sees this, we had a wonderful time making it."

That go-for-broke attitude helped, she said.

"It made it that much more heartfelt in the end," she said. "When you don't have to answer to anybody, it's easier to make something entirely original. I was lucky to be part of it."

Key to Lowery's concept — and based in part, he said, on the children's book Gus Was a Friendly Ghost — was the idea that star Casey Affleck would haunt the film under a simple sheet. "Really, the driving force was drape a sheet over somebody's head," Brodeur said.

Of course, the process turned out to be not quite that simple.

"The initial concept was, 'We’re just gonna get a bed sheet, cut two holes in it, and throw it over Casey’s head'," Lowery told the Hollywood Reporter. "We tried that — not with Casey, thankfully he wasn’t there yet, he would’ve probably quit if he realized how dumb that looked — and we realized that what works for a seven-year-old on Halloween will not work for a feature-length film about a ghost."

"A king-sized sheet is not big enough to fit on a person — maybe a short person, but not a grown man like Casey," Brodeur said.

She wound up buying a wide bolt of muslin and made sheets out of about seven yards of the fabric.

"I liked the way it draped, that it left a trail," she said.

Then, she made a helmet out of soft foam to give the ghost's head its round shape and to allow for deep black holes for its eyes.

And then, she put Affleck in petticoats to help fill out the base: "We were worried about having his feet come out the bottom. ... We talked about using hoop skirts, but to be totally honest, they didn't arrive on time — I ordered them online — so we used this big, ruffled petticoat," she said.

"There is a weight to the way he moves, and with a hoop skirt, it wouldn't have felt that way. It would have felt more floaty, not the kind of heft we needed," she continued. "We ended up embracing the happy accident."

In all, Affleck wore three different kinds of sheets for his costume: A clean, crisp sheet for when he first rose from the morgue slab following his character's death, then a dusty-colored version after he had been haunting his home and widow (played by Affleck's Ain't Them Bodies Saints co-star Rooney Mara), then an "ancient sheet" stained with mold and dirt, showing the span of his 200-year idyll.

"I'm fortunate that I've worked with Casey a number of times now; I would consider him a friend," Brodeur said.

That came in handy when she asked him to don the helmet and petticoats.

"I don't know how to tell somebody to put on a foam hat and petticoat except to say, 'Here's your petticoat'," Brodeur said. "He's along for the ride. He's a very funny dude. We've had a lot of fun working together."

(Brodeur said she's never experienced anything with Affleck resembling the two sexual-harassment suits that dogged Affleck on the trail to winning an Oscar earlier this year for Manchester by the Sea: "Casey's never been anything but a dear friend and collaborator," she said. "It's a hard thing to settle your mind about, you know what I mean?" Affleck has denied the claims.)

The resulting film is one of 2017's critical successes, sitting at 90-percent Fresh on RottenTomatoes.com, with Brodeur's costume design a key reason for its success.

"It's a daringly cute image on which to hang a movie dealing with nothing less than the nature of existence. It's eminently shareable, an easily understood visual joke," wrote BuzzFeed's Alison Willmore. "But A Ghost Story is absolutely serious. ... Its drollness is part of the miraculous balancing act it pulls off in transmitting its huge themes through humble imagery. ... (T)he ghost, increasingly threadbare, shifts from a ridiculous image to one that's sad and profound — this mute figure who observes how short and small his life was compared with the grand reach of human existence, and who accepts its worth anyway."

Her work on Ghost Story wasn't limited to Affleck's sheet: She was responsible for every stitch of clothing worn by the characters.

"As a costume designer, just in general, what your'e trying to do — or what i'm trying to do — is to give the audience clues, telling the audience more about who this person is using clothing," Brodeur said. "Subtle details in patterns or silhouettes that are maybe more (metaphorical). ... It's the little nuances that people don't realize that they're getting information from that's what makes a good designer."

Up next in theaters for Brodeur is another collaboration with Lowery: the expected 2018 release of Old Man and a Gun, about an elderly bank robber (Robert Redford, who also starred in Pete's Dragon) hoping to score with one last heist.

"What can you say about Bob?," Brodeur said. "He's an icon, and it's hard to dress an icon, but you have to dig down and do it. He's a really gracious man and really sweet, and when he gets in front of the camera, he just lights up. It's a thing to see."

Beyond that? Brodeur is taking it one step at a time.

"My next year is really open, which is really great because I've been working nonstop," Brodeur said.

"It's work, and I get caught up in it, but I have to remind myself sometimes that I got to put clothes on Robert Redford," she laughed. "This is a pretty cool job."

A Ghost Story is scheduled to open Friday at Premiere Cinemas Westgate Mall 6, 7701 W. Interstate 40. It's rated R for brief language and a disturbing image. 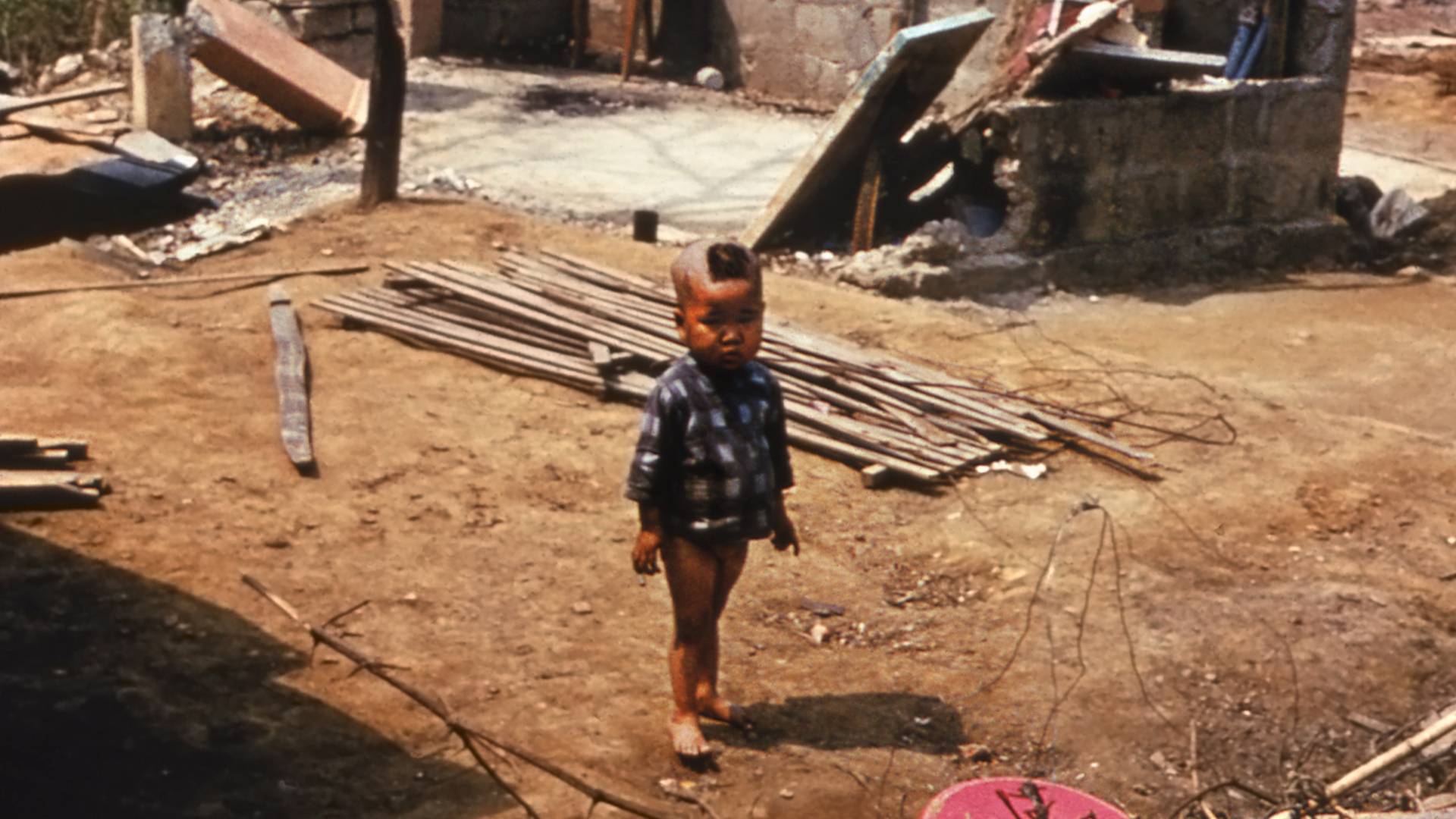 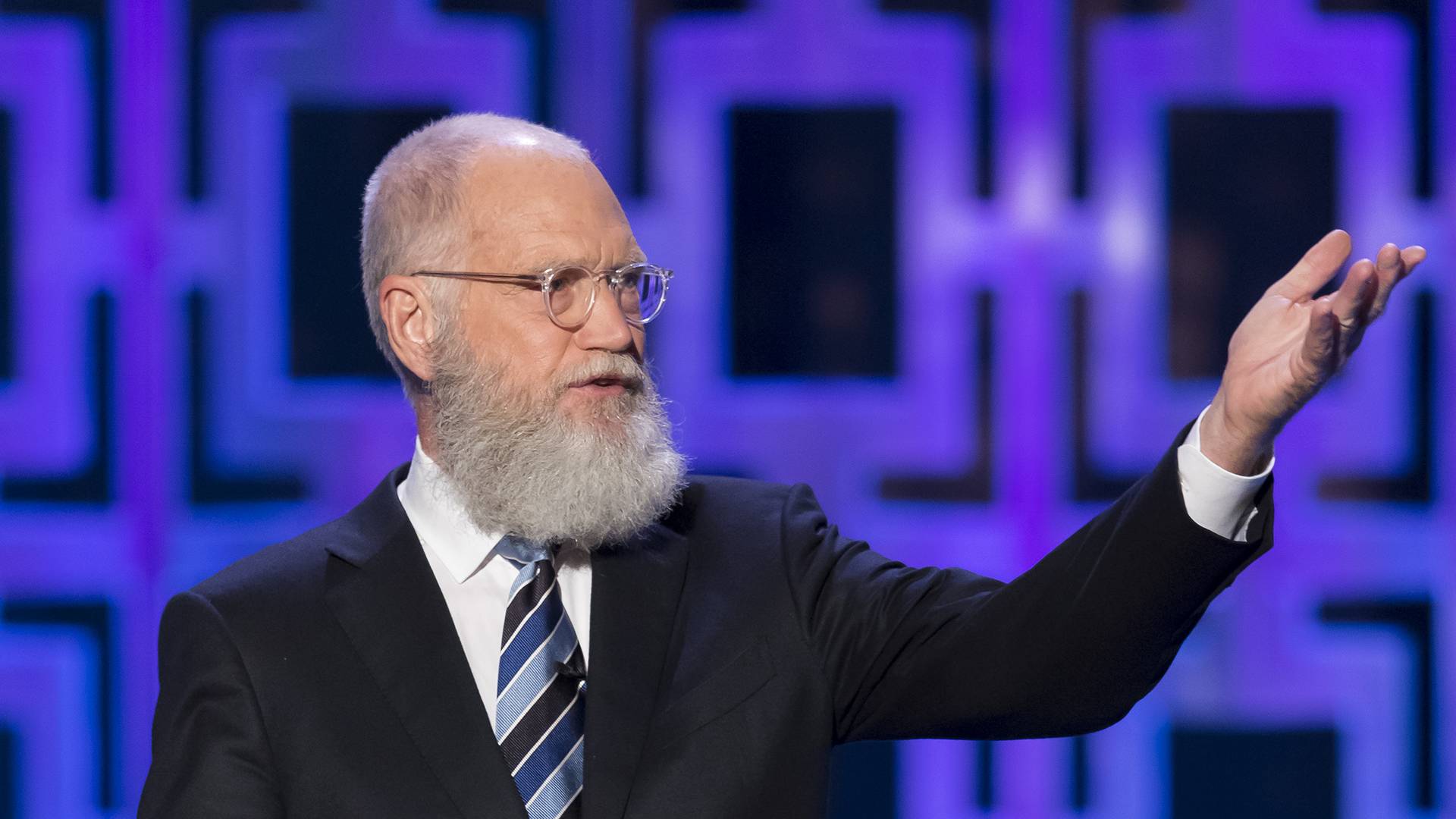