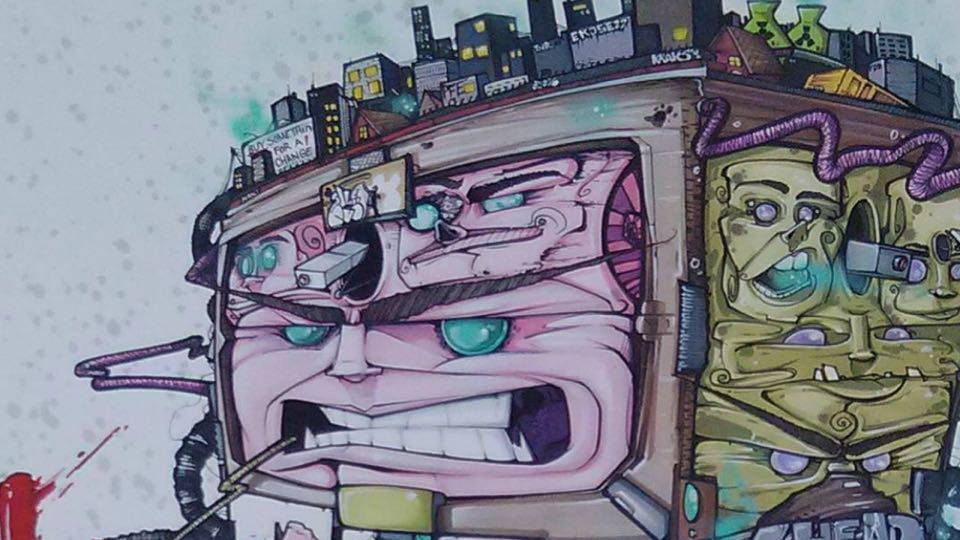 A beloved spring tradition, a celebration of street art, our final Earth Month event at Amarillo Zoo – all this and more are waiting for you this weekend. Read on for details on these, plus a comedy show, a family sock hop and an adult’s prom, and more.

Out of the Galleries, Into the Streets: Top graffiti artists from around the country will do live painting demonstrations around Amarillo for the third annual Bomb City Jam from Friday through Sunday. Artists Codak TM, Task TM, Ekose22, Likes One, Dersk and Xaust CBS will create new works on walls at 2809 S.W. Sixth Ave., 1522 Canyon Drive, 10th Avenue and Madison Street, 11th Avenue and Washington Street and elsewhere throughout the day Saturday and Sunday. “People who see it are always amazed,” said artist and organizer Jordan Rifenburg. “They’ve never seen it being done, and it does break that boundary of what is vandalism and what is graffiti.” There’s a difference between “legal application of art on a wall and the scrawling of someone’s initials on someone else’s property,” said Jacob Breeden, co-owner of Process Art House, which will host an exhibition of the artists’ work from 7 to 10 p.m. Saturday. The weekend kicks off with an artists meet & greet Friday at The 806, 2812 S.W. Sixth Ave. Following the art show at 700 S. Van Buren St., an after-party will be held at The Music Box, 907 S. Madison St. For information, email alwaysILLDesigns@yahoo.com.

Go with the Flo: Dallas-based stand-up comedian Flo Hernandez will give a free show Friday at Bodegas, 709 S. Polk St. Doors open at 7:30 p.m., and club personnel suggested that audience members arrive early for a seat; the last comedian who played there attracted a sold-out audience. Tickets are available at Paper Dollz Salon, The Guys Old Fashion Barbershop and at the club. Hernandez has appeared on Chris Spencer Presents: The Minority Report on Showtime and America’s Got Talent on NBC.

A Blooming Good Time: Amarillo Botanical Gardens will celebrate spring with the return of its popular GardenFest plant sale at 9 a.m. Saturday at the gardens, 1400 Streit Drive. Horticulturalist Greg Lusk said the sale will feature plants from the gardens and some of its affiliated clubs, vendors with art and outdoor décor, music from Lindsey Blackwell and more. “It’s a fun day to be out in the gardens,” Lusk said. Admission is $5 or $4 for seniors. Call 806-352-6513.

Roar: Panhandle PBS and Amarillo Zoo will wrap up our Earth Month celebrations Saturday with a spotlight on endangered tigers. Join us from 10 a.m. to noon Saturday at the Zoo, 2401 Dumas Drive, where you’ll April 23’s activities put the spotlight on endangered tigers, including taking pictures with Curious George and the Zoo’s tiger mascot; getting your face painted; watching a live wildlife show and keeper chat; crafts; sidewalk chalk art; and more. We’ll also be handing out free Wonderland Park passes and screening episodes of Wild Kratts and Curious George. Zoo admission is $4 for adults and $3 for children. Call 806-381-7911.

Boogie Shoes: Who says high-schoolers should have all the dancing fun this time of year? Martha’s Home will hold its eighth Second Chance Prom – themed “Enchantment Under the Sea” – at 7 p.m. Saturday in the Amarillo Civic Center Complex North Exhibition Hall, 401 S. Buchanan St. The party – which benefits the facility’s efforts to provide shelter, support and assistance to homeless women and mothers with children – will feature live music from Velvet Funk Band, a DJ from Neon Pink Media, heavy hors d’oeuvres, cash bar, special performances by Aerial Acrobats and Dance Arts Amarillo, and more. Tickets are $45. Call 806-378-3096 or visit www.panhandletickets.com.

You Can’t Stop the Beat: Amarillo Little Theatre Guild hopes you can swing it, you can groove it, you can really start to move it at their Hairspray Sock Hop at 7 p.m. Saturday at Wesley Community Center, 1615 Roberts St. The family friendly party, a fundraiser for ALT’s benefit organization, will feature dancing, a costume contest, dance contests, photo booth and fun with cast members of ALT’s production of Hairspray, opening May 5. Tickets are $10. Call 806-355-9991.

In Case You Missed It: Amarillo Symphony closes out its season at 7:30 p.m. Friday and Saturday with concerts featuring PROJECT Trio in the Globe-News Center for the Performing Arts, 500 S. Buchanan St. Check out this interview with flutist Greg Pattillo about the trio’s love of new music and experimenting with styles, plus details on a downtown after-party. … West Texas A&M University will get dark and British with a staging of a musical adaptation of Jane Eyretoday through Sunday and April 27 to 30. Read my preview here. … Cerulean Gallery focuses on photography with Focal Point, a show featuring nine local and regional photographers. Here’s my preview. … Panhandle-Plains Historical Museum hopes it strikes black gold with its newly remodeled “Panhandle Petroleum Story” exhibit, a $1.6 million project that officially opens Saturday. Check out details here. … And head to Amarillo Museum of Art, 2200 S. Van Buren St., by Sunday to view art by students from St. Andrew’s Episcopal School. Here’s the scoop. 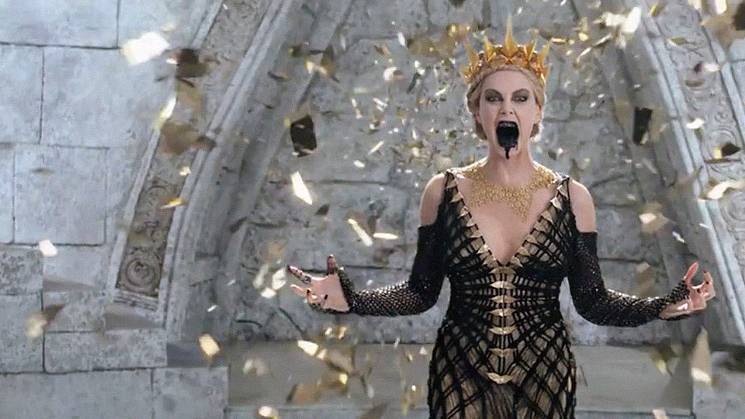 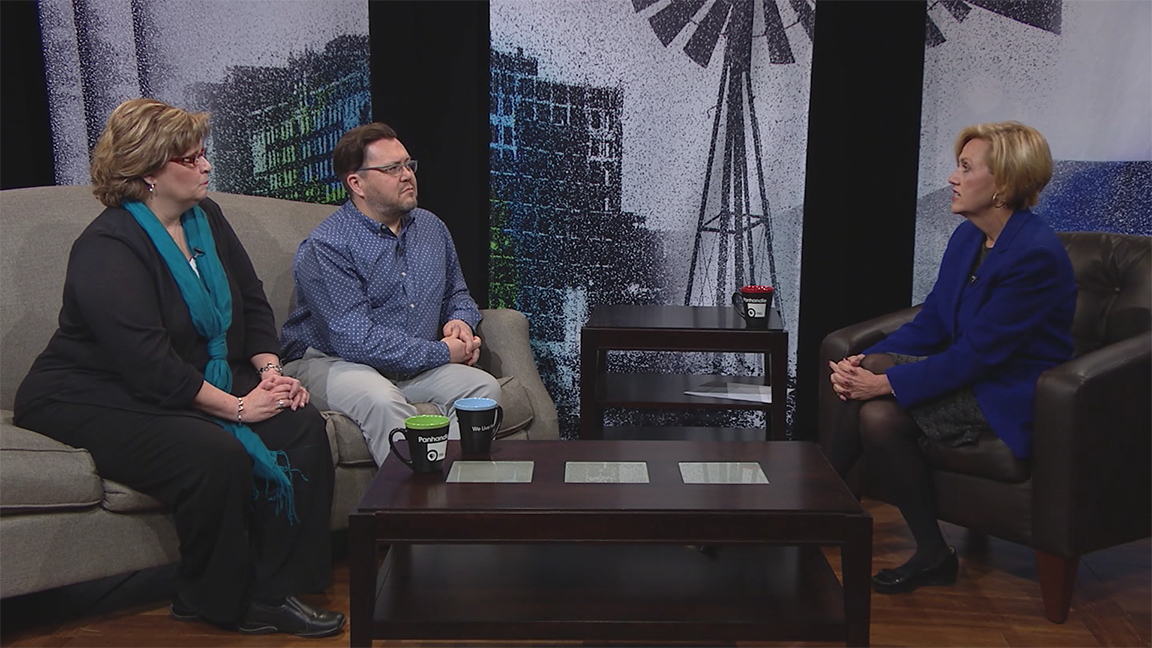