Movie Watch: Amarillo film options for Jan. 20 and beyond

This week in Amarillo theaters: Horror, action, a very limited screening of an acclaimed religious drama, and more.

Michael Keaton stars as Ray Kroc, a struggling businessman in the 1950s who seizes the opportunity to take over a burgeoning business from a pair of brother entrepreneurs (played by Nick Offerman and John Carroll Lynch), turning it into the mega-successful McDonald's. Reviews are fairly positive. "The Founder slowly reveals itself as a don't-let-the-devil-into-your-house parable, one that uses all the techniques of inspirational moviemaking to disguise that devil's intentions, even from the devil himself," writes the Village Voice's Alan Scherstuhl. But some think the film doesn't go far enough: "This is either the absolute best or absolute worst time to make a biopic about an unprincipled narcissist businessman who takes what he wants, discards his wife to steal someone else’s, and threatens to bury his enemies in court costs, but either way, The Founder never steps up to become the biting satire of American capitalism it so begs to be," writes The Wrap's Alonso Duralde. (PG-13 for brief strong language; United Artists Amarillo Star 14, 8275 W. Amarillo Blvd., and Cinemark Hollywood 16, 9100 Canyon Drive)

The Resurrection of Gavin Stone

This faith-based dramedy finds a washed-up child star (Brett Dalton, Marvel's Agents of S.H.I.E.L.D.) forced to do community service at a megachurch in his hometown. Rather than mopping bathrooms, he asks to play Jesus in the church's play, putting him into conflict, and a potential romance, with the director and preacher's daughter (played by Anjelah Johnson-Reyes, best known as Bon Qui Qui). D.B. Sweeney and Neil Flynn also star. The film was not released to critics. (PG for thematic elements including a crucifixion image; H-16)

A pair of Jesuit priests (Andrew Garfield and Adam Driver) travel to Japan to find their missing mentor (Liam Neeson) in this spiritual drama from director Martin Scorsese — a long-delayed project from the director, in fact; one that he has dreamed of making for years. The priests face great danger and potential martyrdom by traveling to the country — which, in the late 17th century, was not particularly kind to Christian missionaries. Critics are generally respectful of Scorsese's passion but somewhat underwhelmed by the film itself. "Silence is a heartfelt and serious work. But through length and redundancy—both, no doubt, the product of Scorsese’s deep admiration for (novelist Shūsaku) Endō—as well as an underwhelming central performance by Garfield, it ultimately falls short of its powerful ambitions," writes The Atlantic's Christopher Orr. Others are far more positive: "Scorsese has hit the rare heights of Ingmar Bergman and Carl Theodor Dreyer, artists who found in religion a battleground that often left the strongest in tatters, compromised and ruined. It’s a movie desperately needed at a moment when bluster must yield to self-reflection," writes Time Out's Joshua Rothkopf. (R for some disturbing violent content; AS-14, H-16)

James McAvoy stars as a man with dissociative personality disorder in the latest thriller from M. Night Shyamalan. One of his 24 personalities has kidnapped three young women (including Anya Taylor-Joy of The Witch) who try their best to escape while his psychiatrist (Betty Buckley) tries to cure him. Reviews are surprisingly positive, especially considering the critical battering Shyamalan has taken of late. "Shyamalan’s latest surprise twist is his own career revival. Split, a low budget horror/thriller, is an entertaining original, and a strong comeback for the filmmaker," writes San Francisco Gate's Peter Hartlaub. (PG-13 for disturbing thematic content and behavior, violence and some language; AS-14, H-16)

Vin Diesel returns to his role as extreme spy Xander Cage in this third installment of the action franchise. This time out, Cage and his thrill-seeker cohorts are trying to stop a villain from getting possession of a super-weapon. Not surprisingly, it hasn't been screened for critics. (PG-13 for extended sequences of gunplay and violent action, and for sexual material and language; AS-14, H-16)

Allied: Diverting and beautiful, but still a little disappointing, Allied pairs Brad Pitt and Marion Cotillard as World War II-era spies in love. They meet on a mission in Casablanca (the homage is obvious but appropriate), fall in love, then return to London, where they marry and Cotillard bears a daughter literally in the middle of an air raid. Then, Pitt is told that she is an imposter and German spy, and is ordered to kill her. It's a great set-up, and director Robert Zemeckis makes it work for the most part. He lavishes his attention on the visuals, largely computer-generated but fairly seamless, in service of a predictable but engaging story. Cotillard is, not surprisingly, fascinating, but Pitt is far too wooden to be sympathetic. (Is he doing a riff on acting styles of the '40s? If so, it doesn't work.) (R for violence, some sexuality/nudity, language and brief drug use; Premiere Cinemas Westgate Mall 6, 7701 W. Interstate 40)

Lion: When 5-year-old Saroo (the amazingly adorable Sunny Pawar) is separated from his family in rural India and unable to return home, he is adopted by a kindly Australian couple (Nicole Kidman and David Wenham) and moved to Tasmania. Twenty years later, recognizing that he is totally disconnected from his Indian heritage and haunted by the the guilt and fear he imagines in his family there, Saroo Brierley (now played by Dev Patel) uses Google Earth to track down where he came from, eventually becoming obsessed with finding his biological mother to the detriment of his career and relationship with his adoptive family and girlfriend (an underused Rooney Mara). Almost as amazing as the fact that this is a true story is that director Garth Davis and screenwriter Luke Davies (working from Brierley's book) manage to avoid wallowing in cliches and sentimentality, making the film a highly effective tearjerker that's surprisingly complex. The first half is superior filmmaking, with Pawar showing an amazing ability to hold the camera, but Patel's half is great too, with Kidman doing an especially fine job as a fiercely loving mother. Not to be missed. (PG-13 for thematic material and some sensuality; WM-6)

Live by Night: Ben Affleck previously had great luck adapting Dennis Lehane's Gone Baby Gone, but his latest directorial effort (following his Oscar-winning Argo) is a far more shallow effort, despite its more epic intentions. Affleck stars (and there's the real problem) as Boston-born gangster Joe Coughlin who, following the death of his moll girlfriend (Sienna Miller), heads to Florida to help an Italian mafioso take over the rum-smuggling business in Tampa. There, he discovers a diverse playground, a new love (Zoe Saldana) and great success — at least until he runs up against a wayward young woman-turned-evangelist (Dakota Fanning) and the hateful forces of the Ku Klux Klan. The visuals are nice (though probably too nice) and most of the cast does solid work, but that's all undermined by Affleck's charisma-free, skin-deep performance. (R for strong violence, language throughout, and some sexuality/nudity; AS-14, H-16)

Passengers: On one, fairly shallow level, I can see why Passengers seemed like a good idea: Pairing mega-stars Jennifer Lawrence and Chris Pratt, two of the most likeable stars around, is certainly a no-brainer. But this misbegotten vehicle couldn't have been a worse choice. Certainly there are some enjoyable moments, and the high-concept plot is definitely compelling: A lower-class engineer (Pratt) wakes 90 years too early on a spaceship traveling 120 years to a new planet to be colonized by the 5,000 other passengers, including Lawrence's writer character, Aurora (ugh, what an on-the-nose name). After a year without any companionship besides a smug android (Michael Sheen), Pratt's Jim decides to awaken Aurora. Yes, he stresses over the decision, and Pratt is almost convincing in his distress. But it's still an awful, awful decision to make: By waking Aurora without her consent, he robs her of agency, putting his loneliness above her own hopes and dreams. But the multiple ethical quandaries in the film — and lo, there are plenty — are hand-waved away. Here there be spoilers: When Aurora learns of Jim's duplicity, she's rightfully angry, but as he continues to seek her out to try to apologize, she's mad but never scared of his stalker-ish behavior. That helps manipulate the audience into sympathizing with Jim, which is kind of easy because he's Chris Freaking Pratt and basically a loveable puppy dog, though here, his actions are more like a Cujo. Plot-holes also abound, including why Arthur is so creepy, why the other passengers (at least until the overblown finale) mostly unmentioned, and why couldn't the filmmakers commit to fully addressing the moral issues they introduce? A movie about a woman with Stockholm syndrome is fine; a movie that glibly looks past that in favor of romance and spectacle is not. (PG-13 for sexuality, nudity and action/peril; H-16)

Sing: Insistently cheerful but with a plot that's all over the place, Sing is enjoyable enough but barely holds itself together. But hey, the songs are fun. Matthew McConaughey voices Buster Moon, a koala bear impresario whose theater is about to go under. He decides to host a singing competition, but his elderly gecko secretary (voiced by co-director Garth Jennings) puts out a flyer with typo that inflates the top prize 100 times. That brings out all kinds of hopefuls — a young, punk porcupine (Scarlett Johannsson) with a lousy boyfriend; a mama pig (Reese Witherspoon) whose husband and brood of children continually overlook her needs; a young gorilla (Taron Egerton) who'd rather make music than join his dad's criminal gang; a painfully shy elephant (Tori Kelly) who can't overcome her fear to let her voice shine; and (ugh) a mouse (ugh) voiced by Seth MacFarlane (ugh, ugh, UGH) who croons (ugh) Sinatra-style (ugh.) Desperate for validation, just like its characters, Sing veers from plot point to plot point like notes in a melisma-laden Mariah Carey run, and unlike 2016's other menagerie-filled film Zootopia, there's no rhyme or reason why specific characters are assigned to specific animal species. But, again, the songs are pretty fun. (PG for some rude humor and mild peril; AS-14, H-16)

Vittorio Grigolo and Diana Damrau sing the title roles in composer Charles-François Gounod's version of the Shakespearean tragedy. Bartlett Sher directs the production, streaming as part of the The Met: Live in HD series at 11:55 a.m. Saturday and 6:30 p.m. Wednesday at the Hollywood 16. (NR)

Rebel Without a Cause

The Cinemark Classics series has resumed with this epochal teen drama starring James Dean, Sal Mineo and Natalie Wood. The film will screen at 2 p.m. Sunday and 2 and 7 p.m. Wednesday at the Hollywood 16. The series will continue with Dirty Dancing on Jan. 29 and Feb. 1, Sabrina on Feb. 5 and 8, and An Affair to Remember on Feb. 12 and 15. (NR) 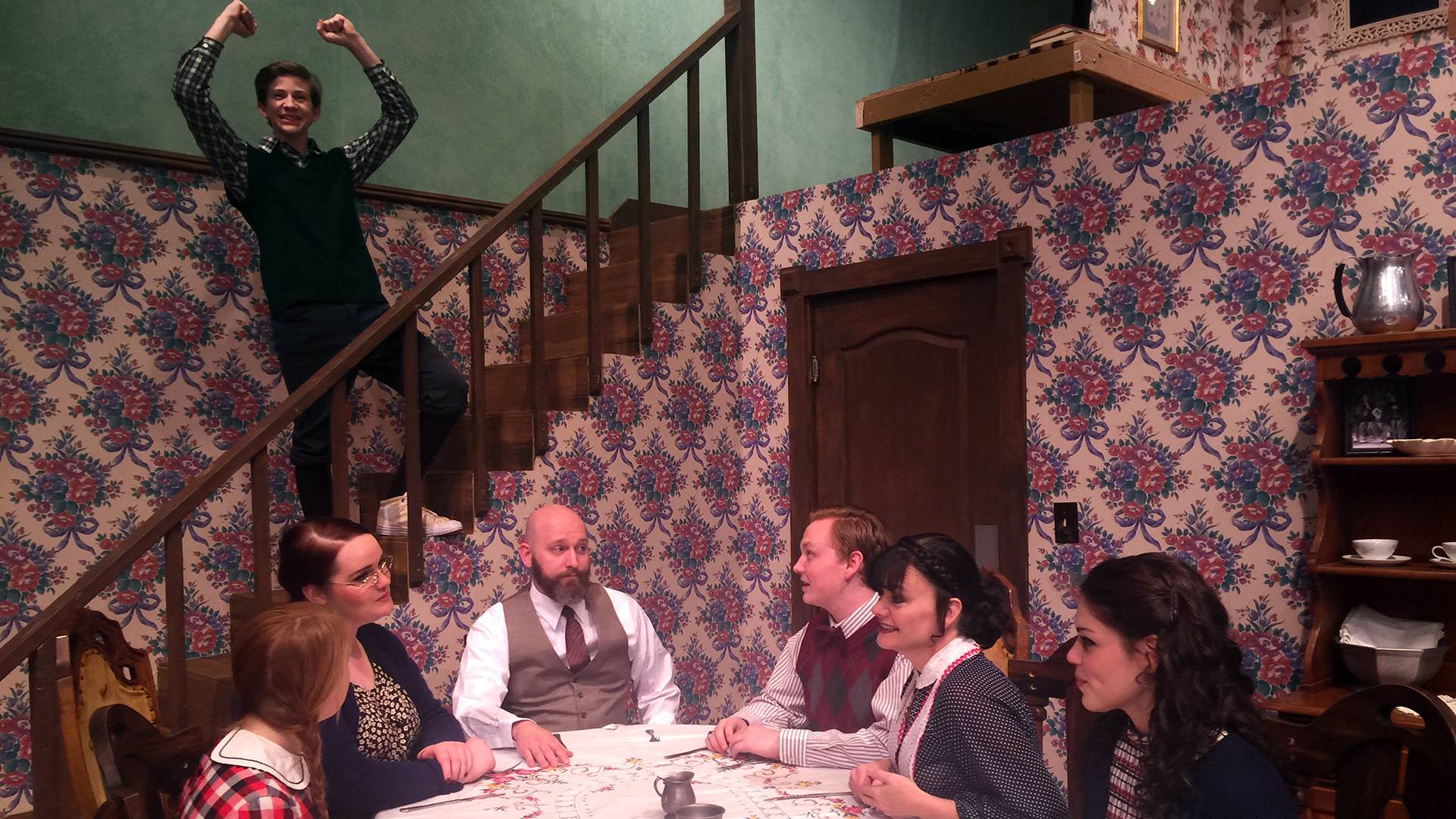 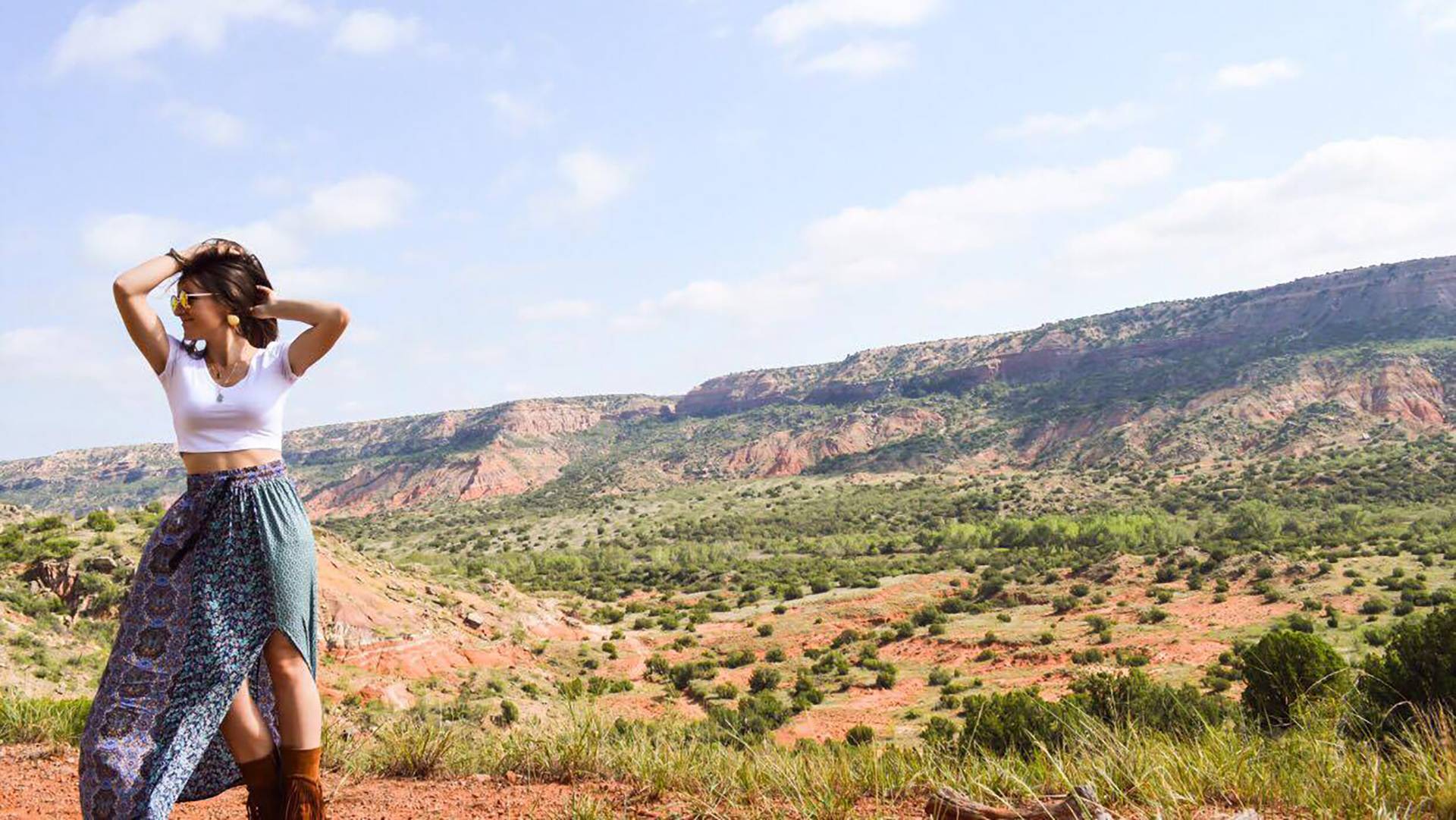