Movie Watch: Amarillo film options for Jan. 13 and beyond 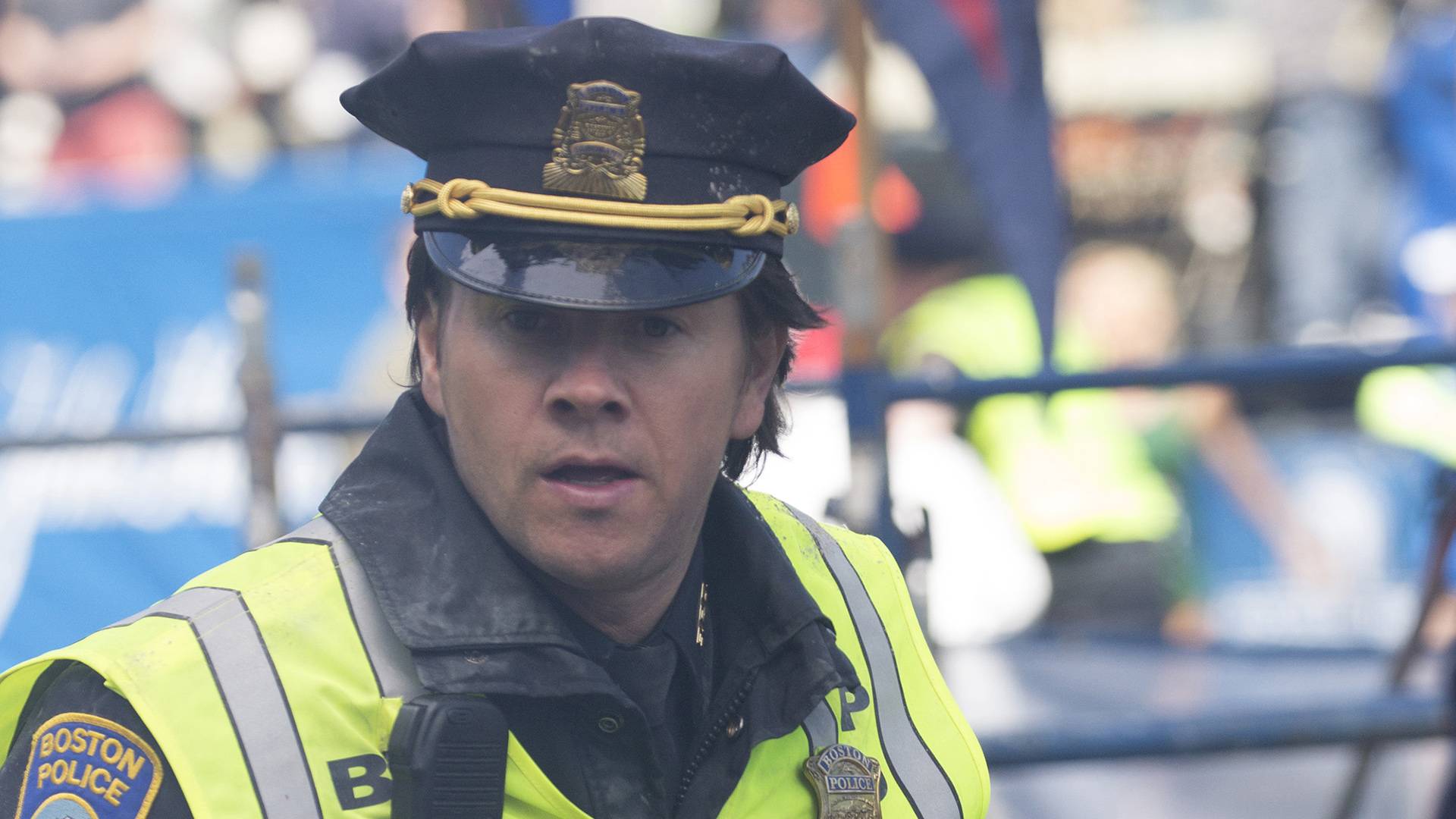 New to Amarillo this week: literal monster trucks, gangsters and a supernatural killer. Plus, acclaimed heartwarmers Patriots Day and Lion roar into theaters. 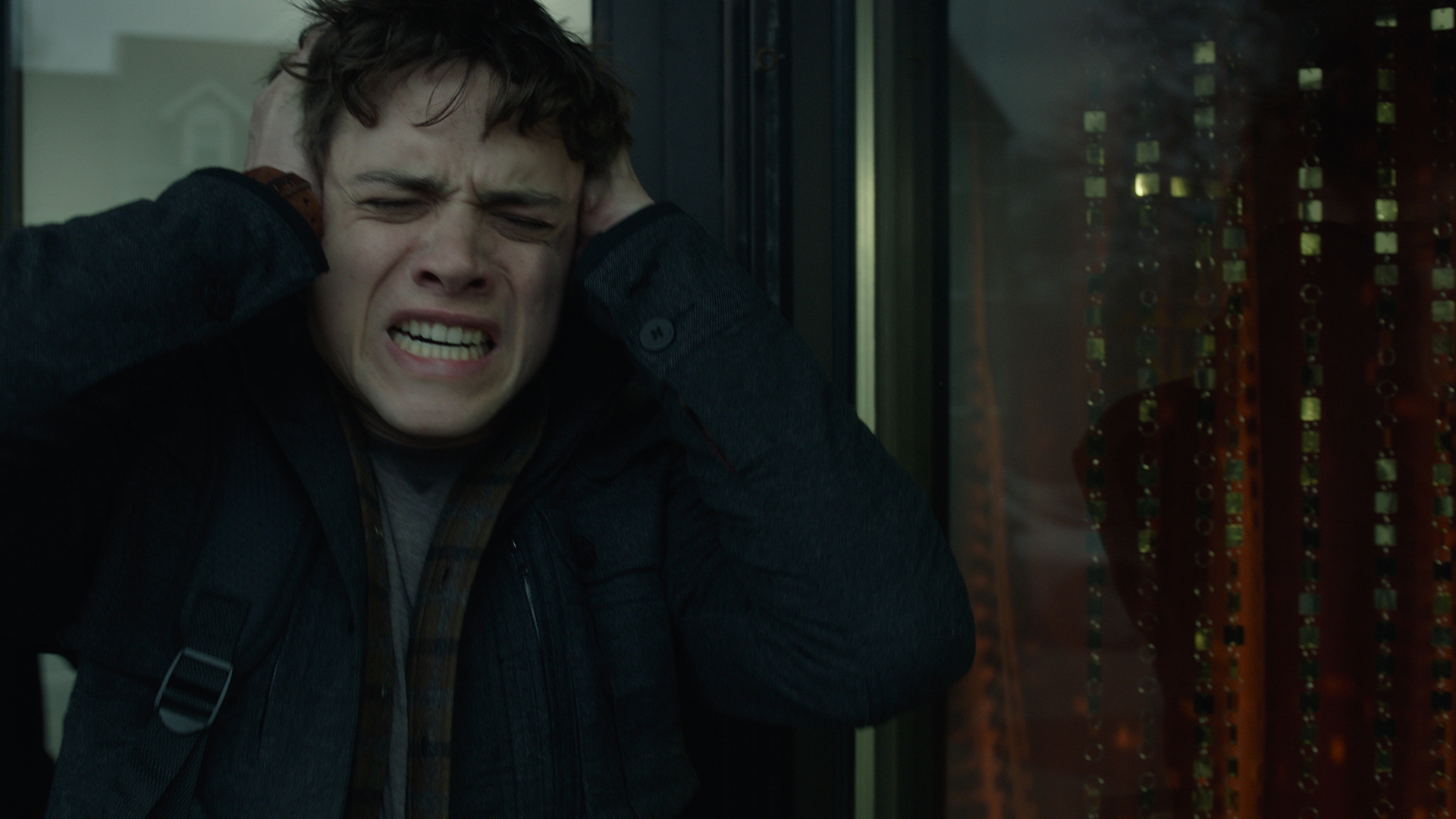 Four college students move into a spooky house where they learn of and are possessed by the Bye Bye Man, a supernatural entity that's responsible for a slew of murders. Who's responsible for letting Faye Dunaway accept a role in this, though? That's the real crime. In news that should not surprise you about a PG-13 rated horror film dropped into theaters in January, the film was not screened for critics. (PG-13 for terror, horror violence, bloody images, sexual content, thematic elements, partial nudity, some language and teen drinking; United Artists Amarillo Star 14, 8275 W. Amarillo Blvd.; Cinemark Hollywood 16, 9100 Canyon Drive) 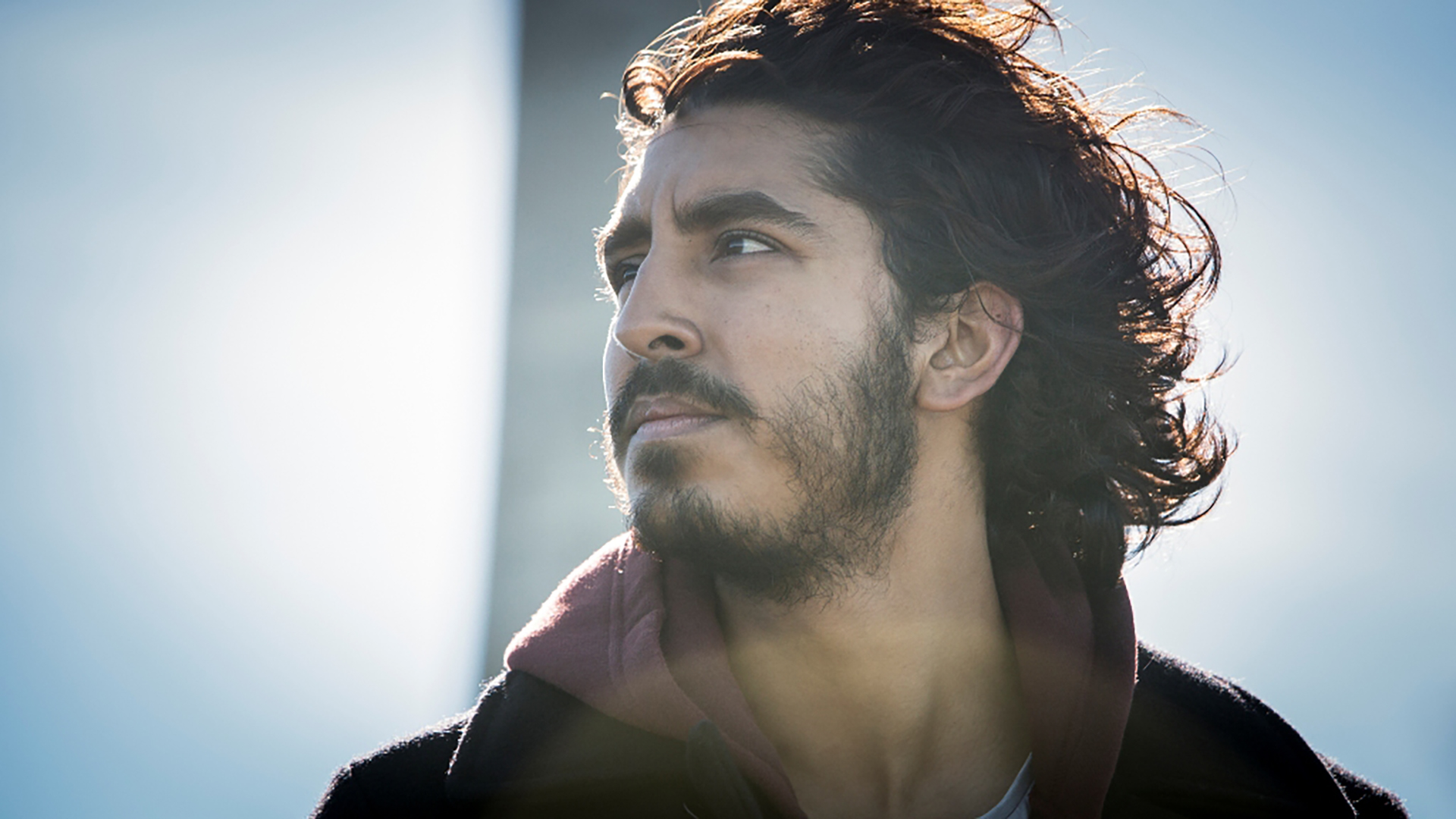 This Oscar contender — the latest to play on the dedicated indie screen at Premiere Cinemas Westgate Mall 6 — tells the true story of Indian boy Saroo Brierley (Sunny Pawar as a child, Dev Patel as an adult) who uses Google Earth to track down his birth family after being adopted and moved to Australia. Patel and Nicole Kidman, who plays Saroo's adoptive mother, are frontrunners for supporting actor Oscar nominations, and the film itself could see a Best Picture nomination, among others. Reviews have mostly been glowing, but some critics note a disparity between the parts of the film set in India and in Australia. Time's Stephanie Zacherek writes that the film "becomes ordinary, even as it moves toward a climax that’s moving for all the predictable reasons. Even though it’s easy to understand why Saroo would be tormented by his half-remembered past and the family he lost, the movie doesn’t give us an adequate grasp of his life as an adult." But The Washington Post's Stephanie Merry praises it as "a complex movie, with its profound themes of home and identity, and its tonally disparate halves. A smartly understated approach to Brierley’s story holds it all together." (PG-13 for thematic material and some sensuality; Premiere Cinemas Westgate Mall 6, 7701 W. Interstate 40) 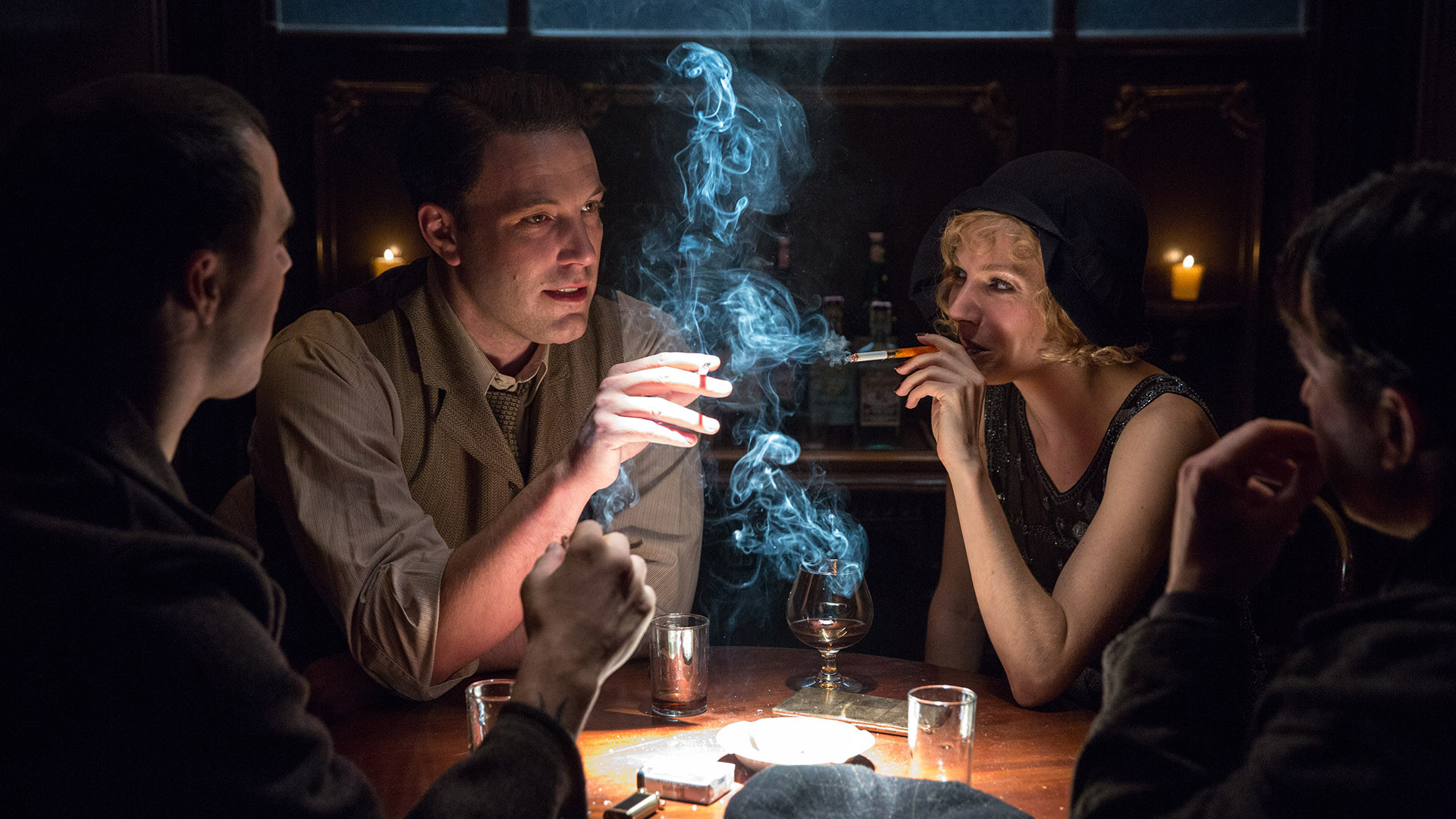 For his latest turn in the director's chair, Ben Affleck returns to the works of Dennis Lehane (whose Gone Baby Gone was adapted by Affleck in 2007) with this tale of a bootlegger (Affleck) who leaves his Boston home to find power in Florida. There, he seeks bloody revenge for a lost love and tangles with the Ku Klux Klan. The critical response has been underwhelming. "Live by Night is a messy, unfocused movie about ambition, lost ideals, corrupt men and a thief whose idea of life on his own terms means pulling the trigger," writes The New York Times' Manohla Dargis. "Joe’s rise becomes progressively lucrative, uglier and more brutal, but Mr. Affleck has never been an actor who can persuasively go for the jugular and he can’t help but smooth the rough edges." (R for strong violence, language throughout, and some sexuality/nudity; AS-14, H-16) 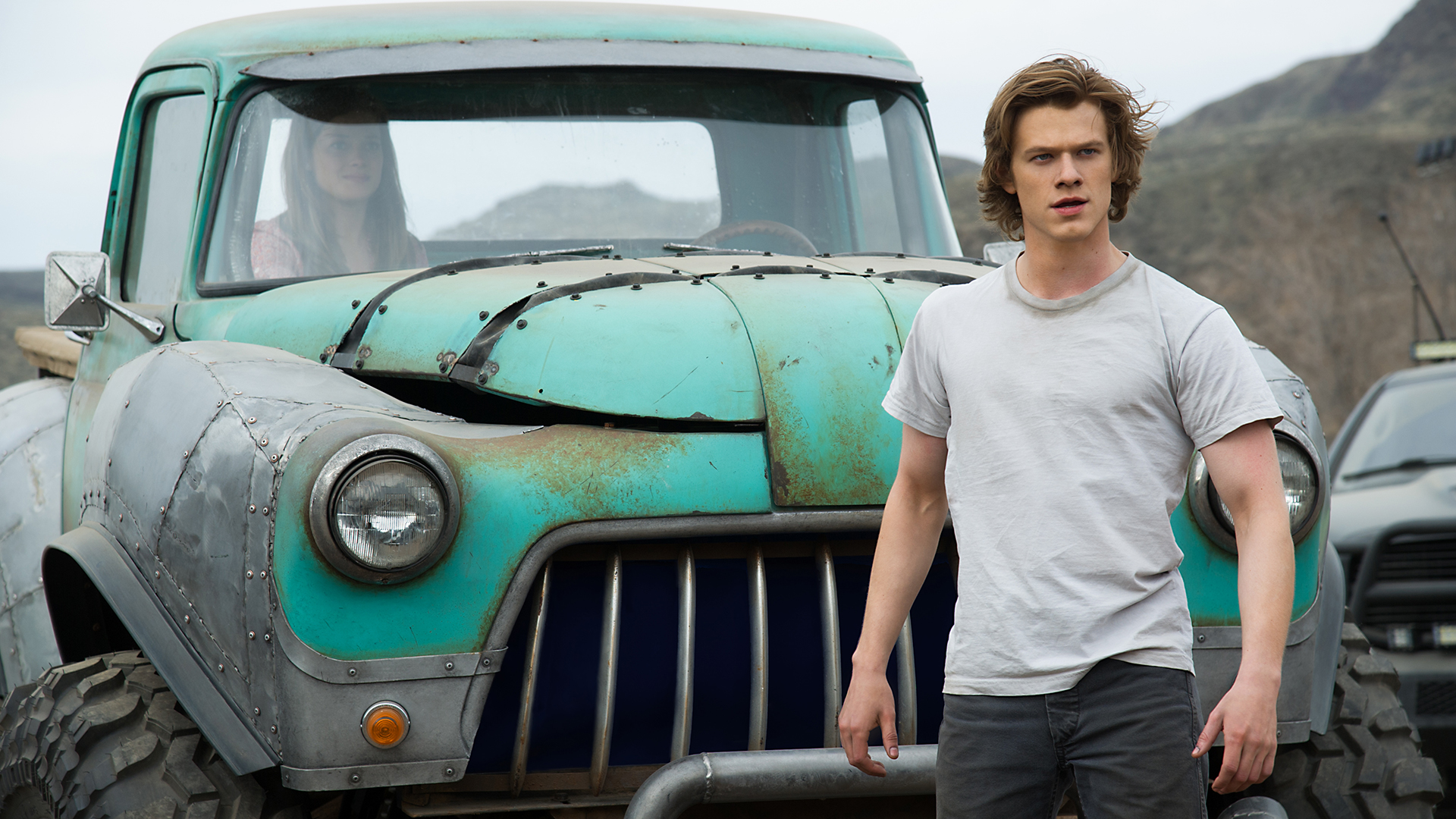 A young man (Lucas Till of CBS's rebooted MacGyver) builds his own monster truck from discarded parts, then finds out that a subterranean creature has adopted it as his home in this ... well, let's say, action comedy? Paramount and Viacom certainly aren't expecting much from it, and, unsurprisingly, has not screened it for critics. Need more evidence that it may be an epic bomb? The film has been rescheduled at least four times. (PG for action, peril, brief scary images, and some rude humor; AS-14, H-16) 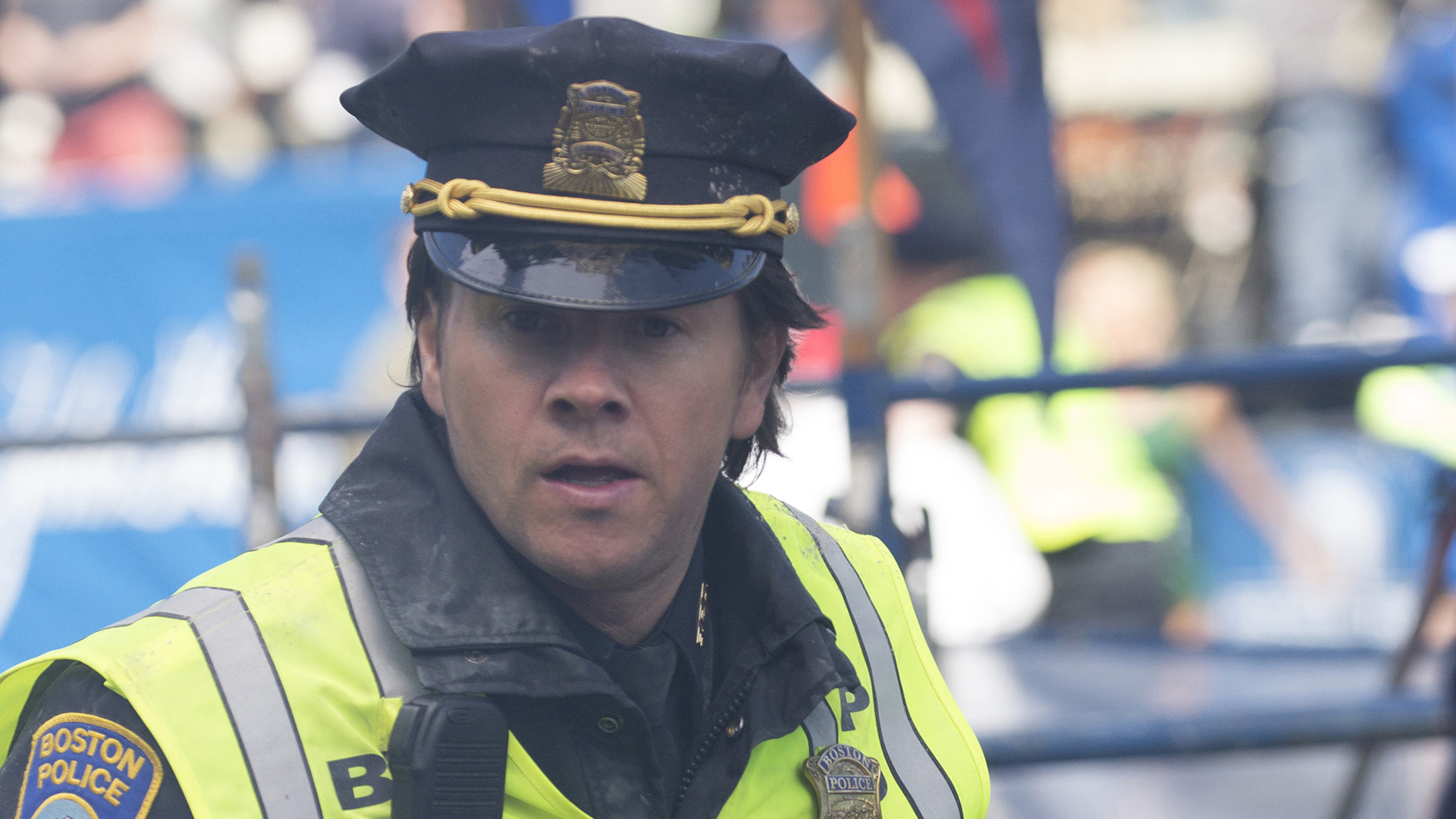 Director Peter Berg and star Mark Wahlberg reteam in Patriots Day, a third film in which they celebrate the heroism of ordinary Americans to remarkable effect. Tackling the still quite recent 2013 bombing at the Boston Marathon, Berg turns in a briskly paced, gripping but somehow not exploitive thriller, extoling the Boston Strong ethos at every turn. For the rest of my review, click here. (R for violence, realistically graphic injury images, language throughout and some drug use; AS-14, H-16) 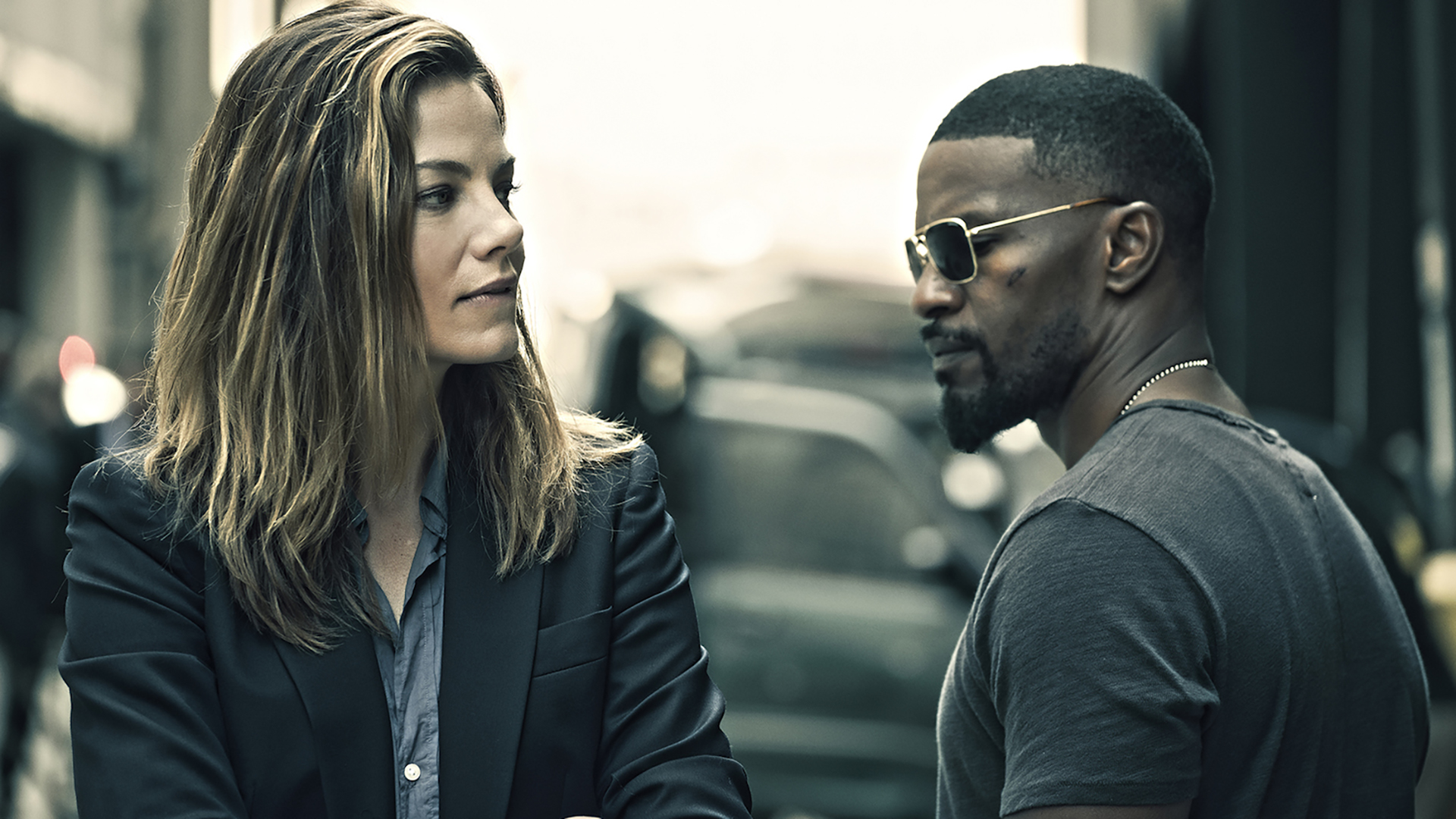 Jamie Foxx stars as an undercover Las Vegas cop who's not above stealing cocaine from drug lords. That gets him into hot water and puts his teenage son at risk. Costars include Gabrielle Union, Michelle Monaghan and T.I. And, as you might expect, it hasn't been screened for critics. (R for strong violence and language throughout; AS-14)

Get a preview of Mickey Mouse's new series Mickey and the Roadster Racers with this big-screen event that features several Disney and Disney Junior stars. It'll screen at 10 a.m. Saturday, reprising a November showing. (NR; AS-14, H-16)

Singin' in the Rain

The glorious musical returns to theaters for its 65th anniversary thanks to the TCM Big Screen Classics series and Fathom Events. Though it's always a joy to watch, it'll be bittersweet this year in the wake of star Debbie Reynolds' recent death. It'll screen at 2 and 7 p.m. Sunday and Wednesday. (NR; AS-14, H-16)

Woody Harrelson wrote and will direct and star in this feature-length experiment, being billed as the first film to be screened live in cinemas as it is being shot in real time. Harrelson plays himself in a comedy that's loosely based on one of his own crazy nights. Owen Wilson and Willie Nelson co-star. It'll screen at 8 p.m. Jan. 19. (NR; AS-14, H-16) 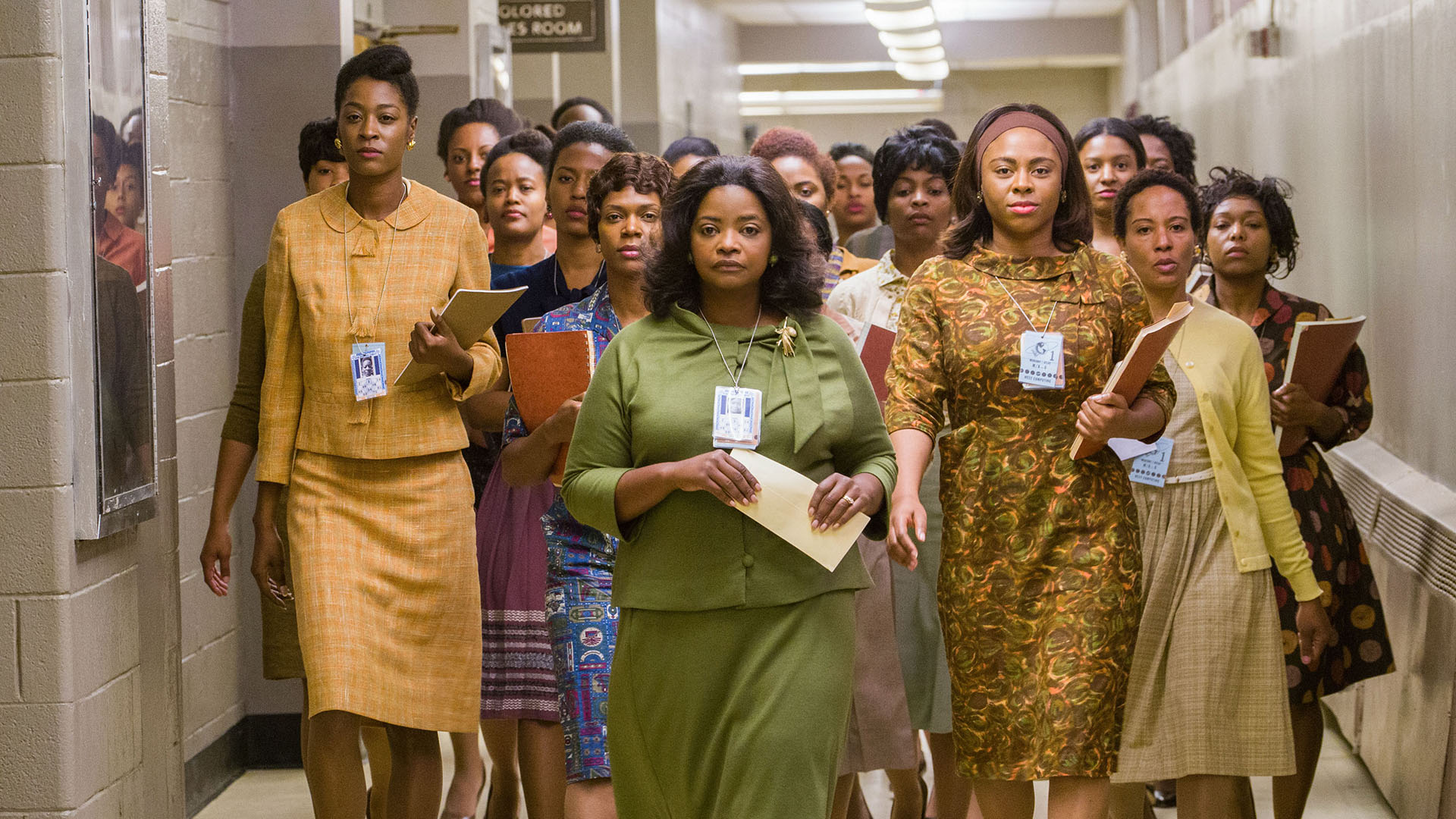 Heartwarming and educational, Hidden Figures more than lives up to its title.

In telling the story of a trio of African-American women (played by Taraji P. Henson, Octavia Spencer and Janelle Monáe) who played crucial roles at NASA in the first American manned space flights, the film finally brings wide attention to their contributions, years after the fact. And though the bones of the story have been seen countless times before, the difference in seeing black women at the chalkboard or at the computer rather than just another white guy really is stirring. It's not just that these women were incredible, accomplished people in their own right; it's that we're seeing a story that has gone untold for far, far too long. And, equally as important, that numbers know no gender nor color. 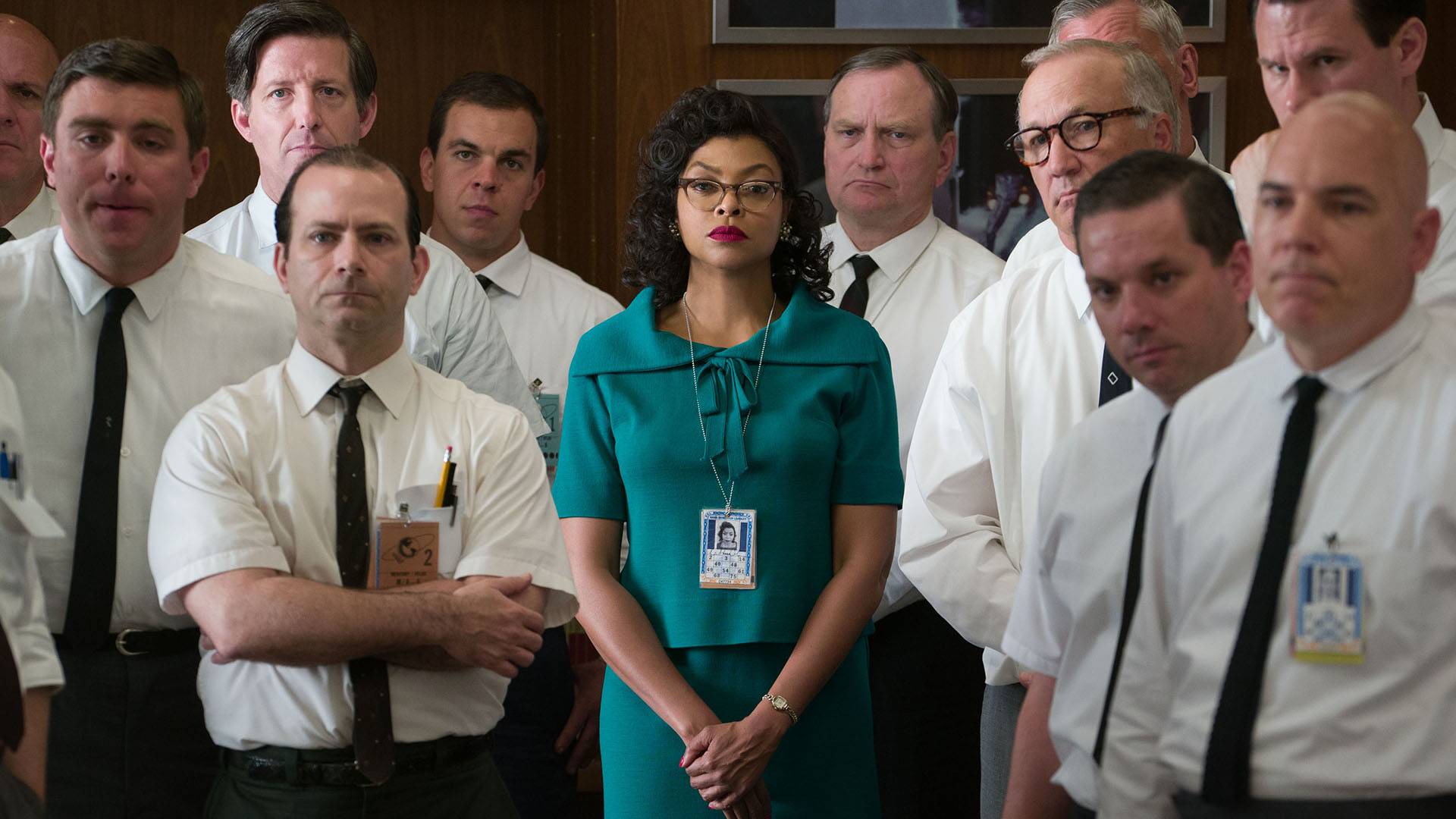 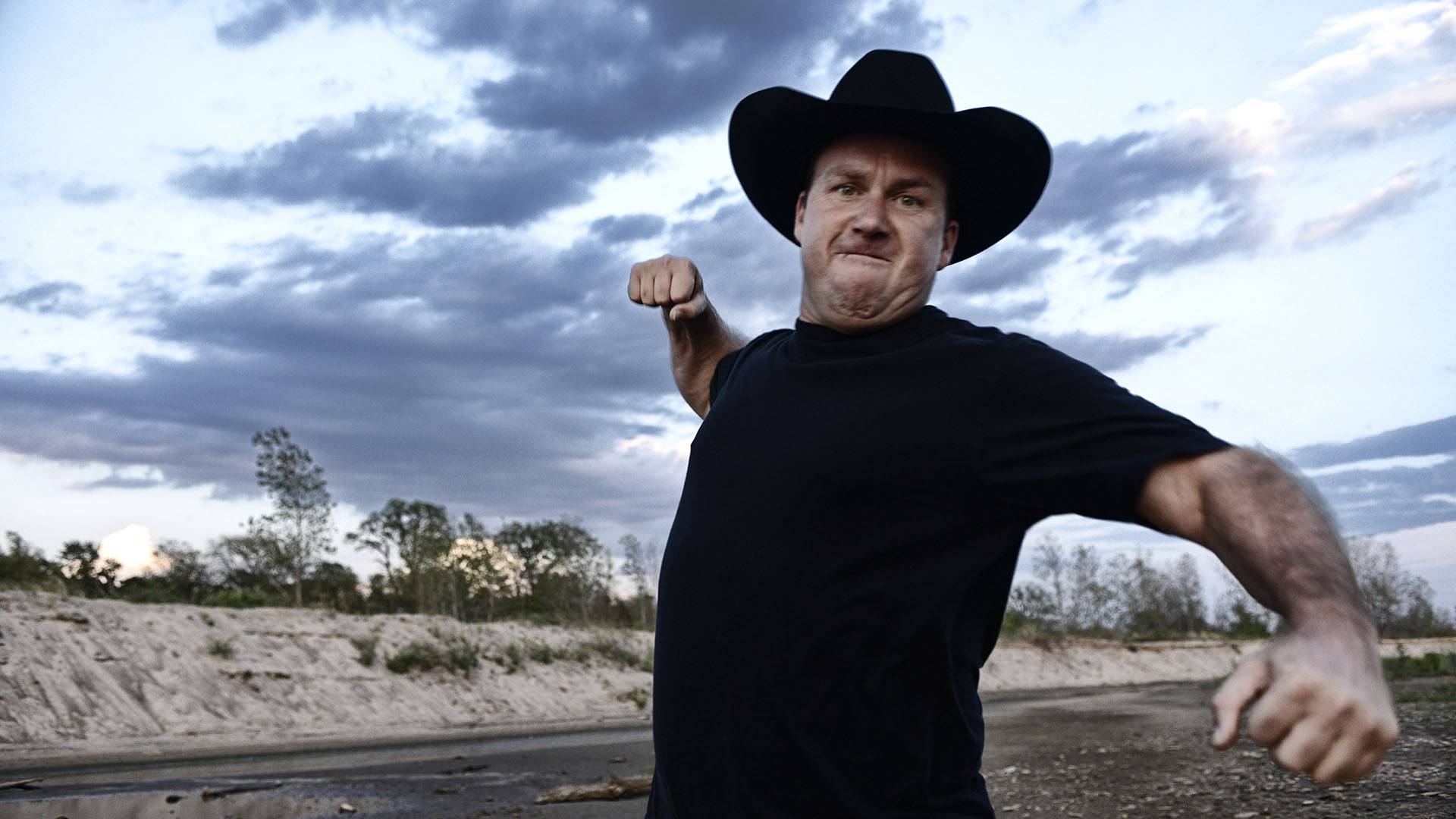