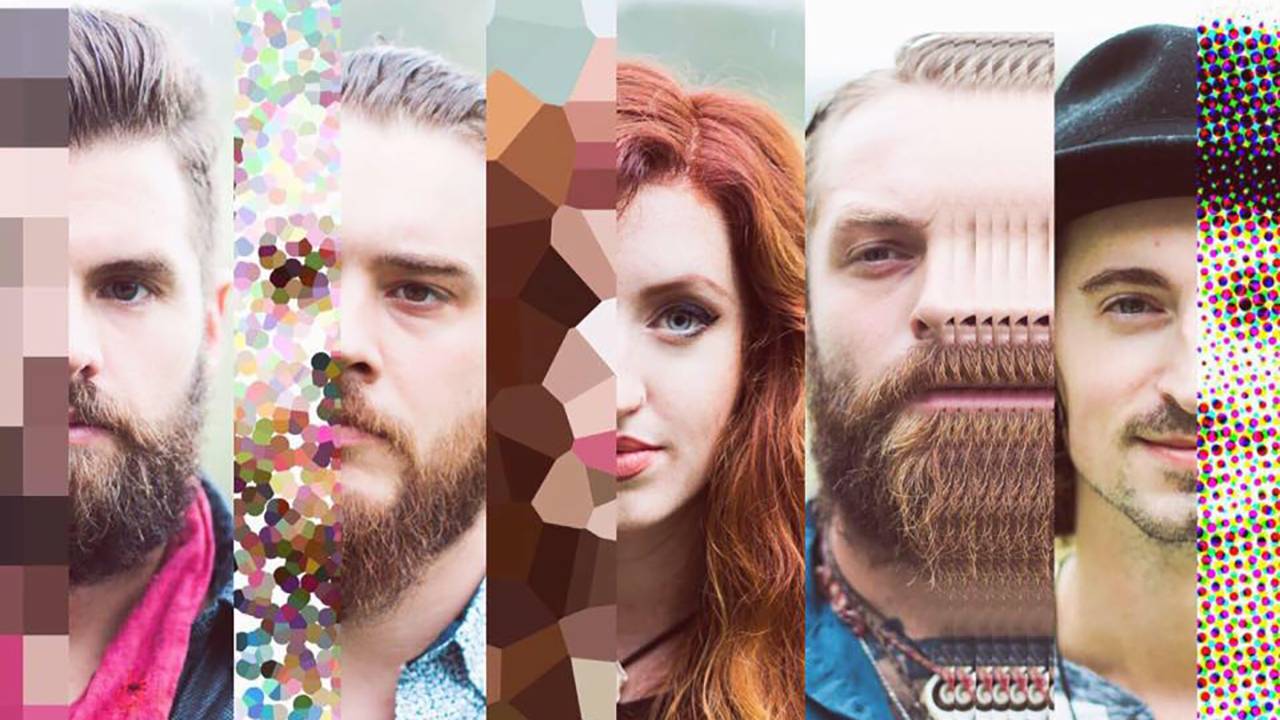 Here's an exhaustive roundup of live musical offerings around town. Whatever your taste — country, rock, Tejano or whatever — here's where to find it. 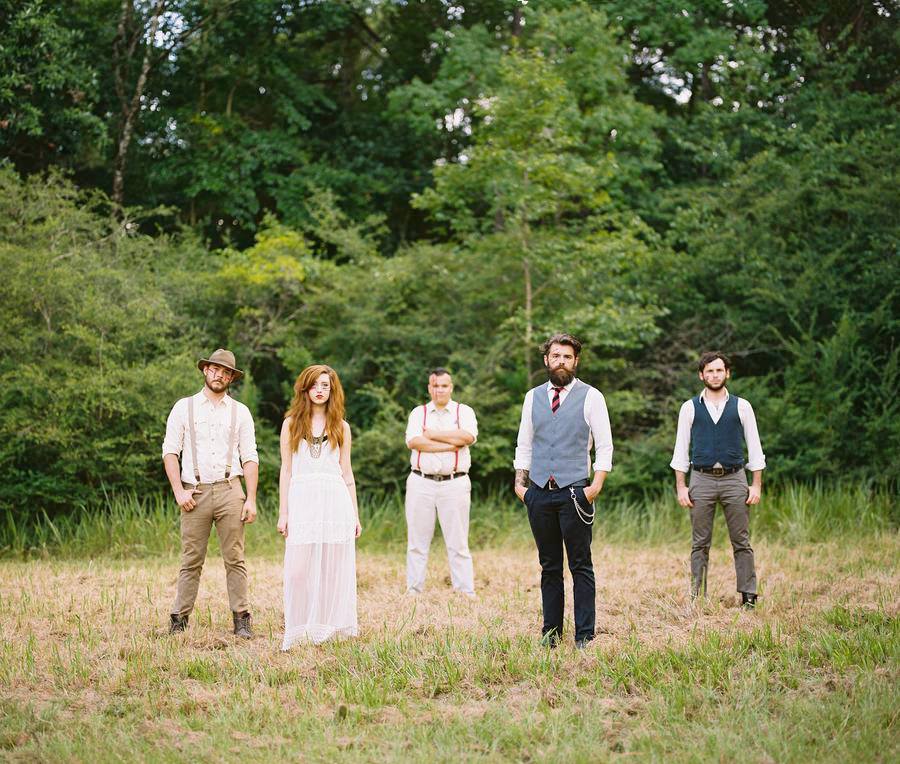 The five members of the Underhill Family Orchestra take the middle word in their name quite seriously: Even though they're unrelated, they all use "Underhill" as a surname.

"You have to be close with people that you're spending six hours in a van with, driving to the next show," said Ben Underhill, the band's mandolin player. "You have to have a good connection on the stage, or it's going to be like going to work."

That's been the idea since members Steven and Joelle Underhill first started the band in 2010 and has carried through the band's two albums, a handful of personnel changes and thousands of miles on the road. The band returns to Amarillo for a 10 p.m. show today at Leftwoods, 2511 S.W. Sixth Ave.; cover is $6.

"We actually had nine members at one point, but we had to dial that back," Ben Underhill said.

The band adds rock flair to Americana and Appalachian-style songs, which members are proud to note tell full stories.

"We try to make them have a catch and a hook, but we want to be talking about something or the way we feel — otherwise, you're spinning your wheels," Ben Underhill said. "It's an onion; there's a bunch of layers." 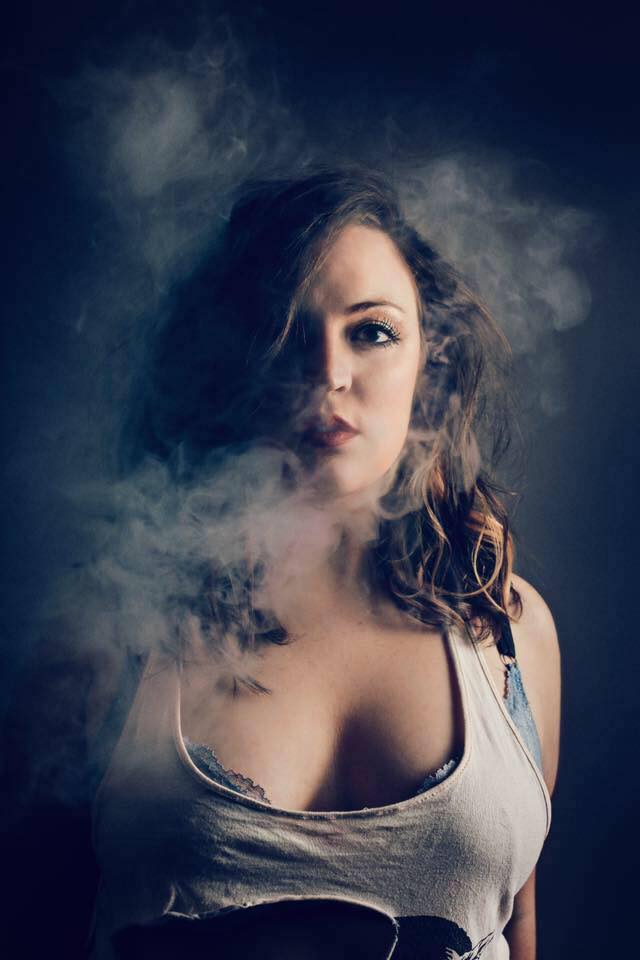 The Music in the Gardens series continues with singer-songwriter Lindsey Blackwell at 7 p.m. July 14; doors open at 6 p.m. Admission is $10 for nonmembers and $5 for members.

Eddie Esler and Dave Martinez will perform during the downtown outdoor market's inaugural weekend, which runs from 10 a.m. to noon Saturday at 1000 S. Polk St.

Folk singer Yvonne Perea will perform at 9 p.m. Saturday at the cafe, 2811 Fourth Ave. in Canyon.

This week at the coffee shop, 2812 S.W. Sixth Ave., they'll celebrate summer with a hafla party at 8 p.m. Sunday. Then, Wisconsin-based alt-rockers The Apollo Affair will hit town for a 9 p.m. July 14 concert. Shows are free, but donations are accepted.

Country band Next to Kin will perform at 9 p.m. today at the bar and restaurant, 7145 S. Bell St.

Center City of Amarillo's summer series continues at noon Wednesday with a performance by classic-rock band Smokey City Rhythm Revue on the lawn of the Potter County Courthouse, Sixth Avenue and Tyler Street in downtown Amarillo. Lunch service begins at 11:45 a.m. with sandwiches from Chick-Fil-A; lunch is $8, but the performance is free. 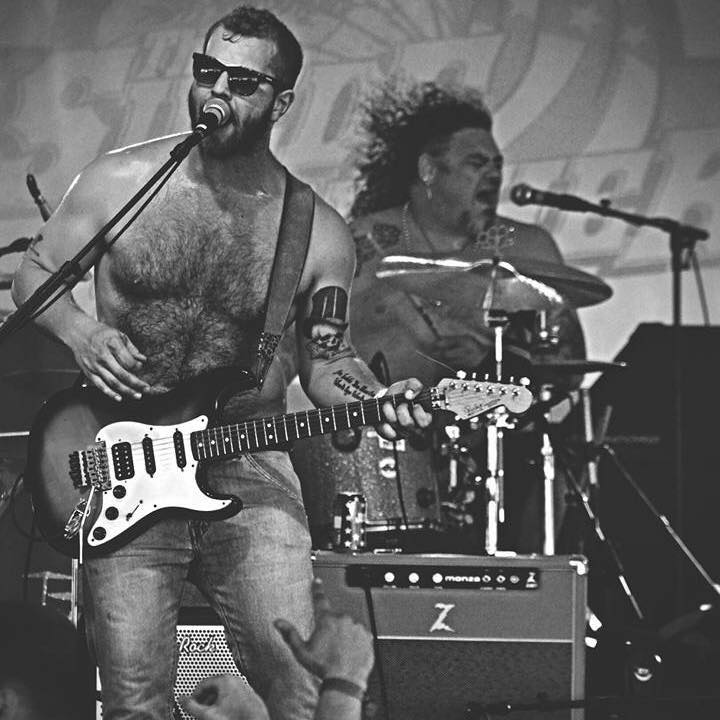 Insufficient Funds will perform at 8 p.m. today at the restaurant, 2108 Paramount Blvd.

Music on the patio at the popular Mexican eatery, 7312 Wallace Blvd., will include Jackie Haney & Geezers Gone Wild at 7 p.m. today, Shane Rogers at 7 p.m. Saturday and Lindsey Blackwell at 1 and 6 p.m. Sunday.

There's no live music scheduled this weekend at the bar, 4400 S. Georgia St.

Amarillo bands Panhandle Wind and Kilo Road will play at 9 p.m. today and Saturday, respectively, at the bar, 609 S. Independence St. Cover is $5 for guys and free for women. 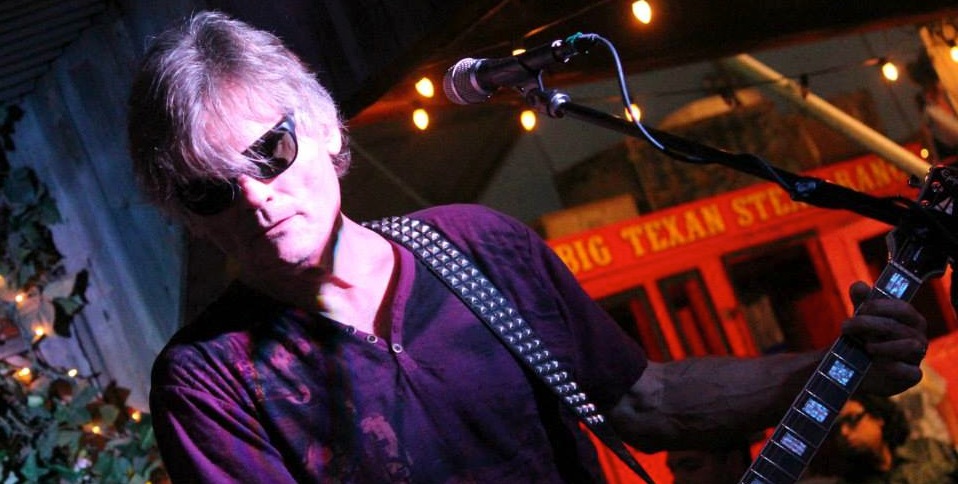 Amarillo band Da Boogiemen will perform at 8 p.m. today at the restaurant, 2903 S.W. Sixth Ave. Then, Amarillo rocker Johnny Reverb Holston will play at 8 p.m. Saturday. No cover for either night.

Blue Denim II and friends will headline the latest in this year's series from Amarillo Parks and Recreation. The band will kick off at 7 p.m. Tuesday at Sam Houston Park, Line Avenue and Western Street. Admission is free.

As I wrote about earlier this week, Nazareth will be alive with country sounds on Saturday. Headliner is Zane Williams; also performing are Agave Posse, Lee Scheetz & Borderline, Texas Tumbleweed Junction and Drake Hayes.

The DryLand Dreamers will perform at the coffee shop, 5215 S. Coulter St. 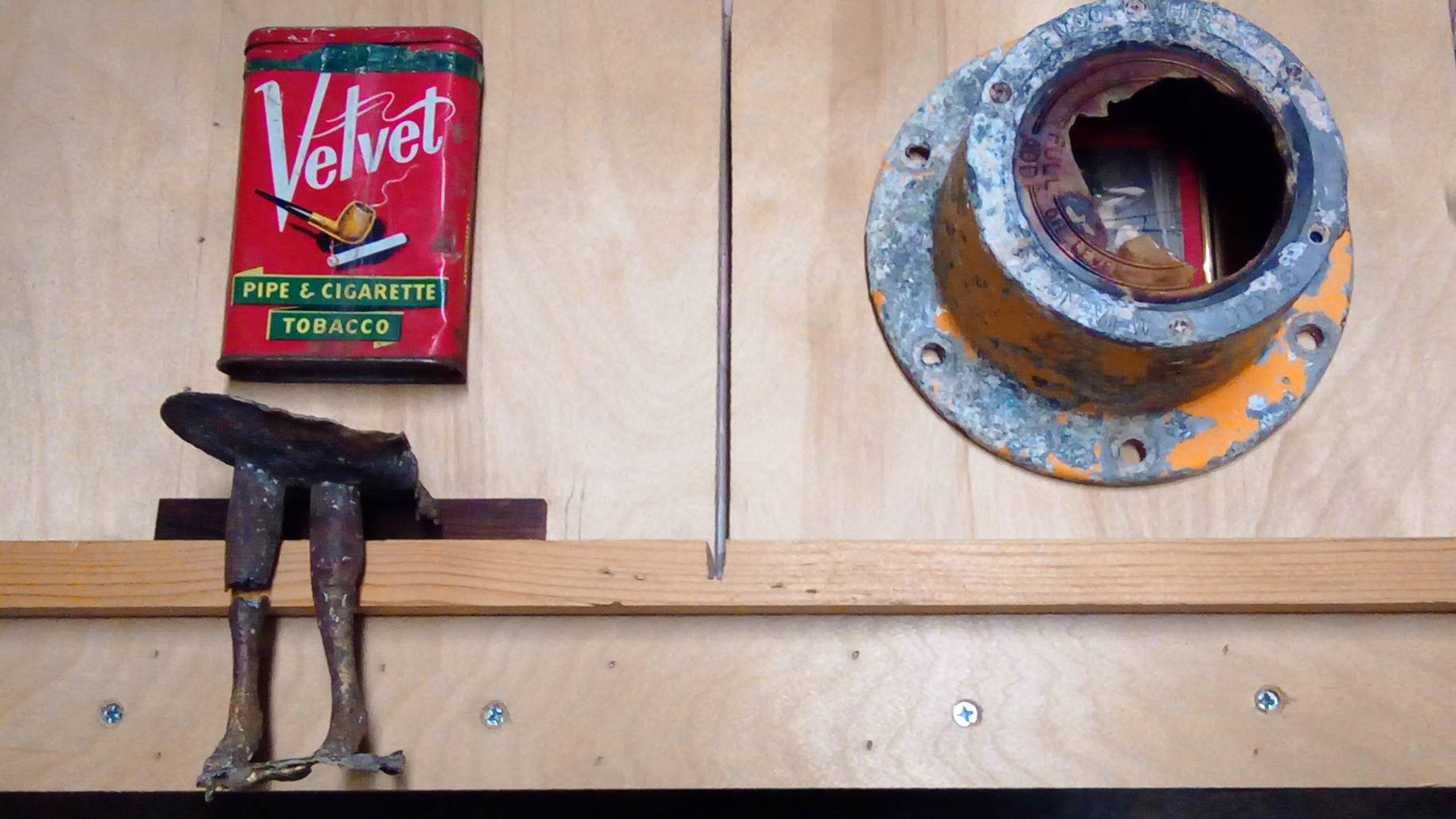 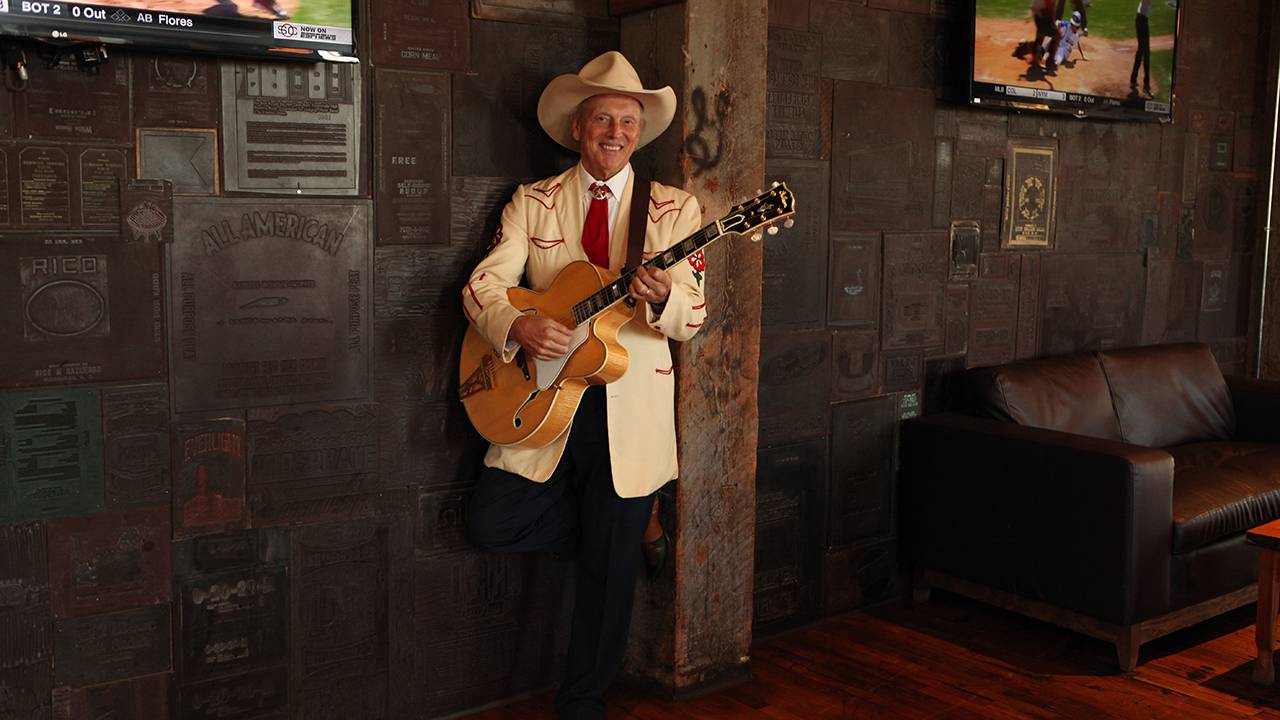