Play Here's Music Picks for the weekend of Dec. 16 and beyond 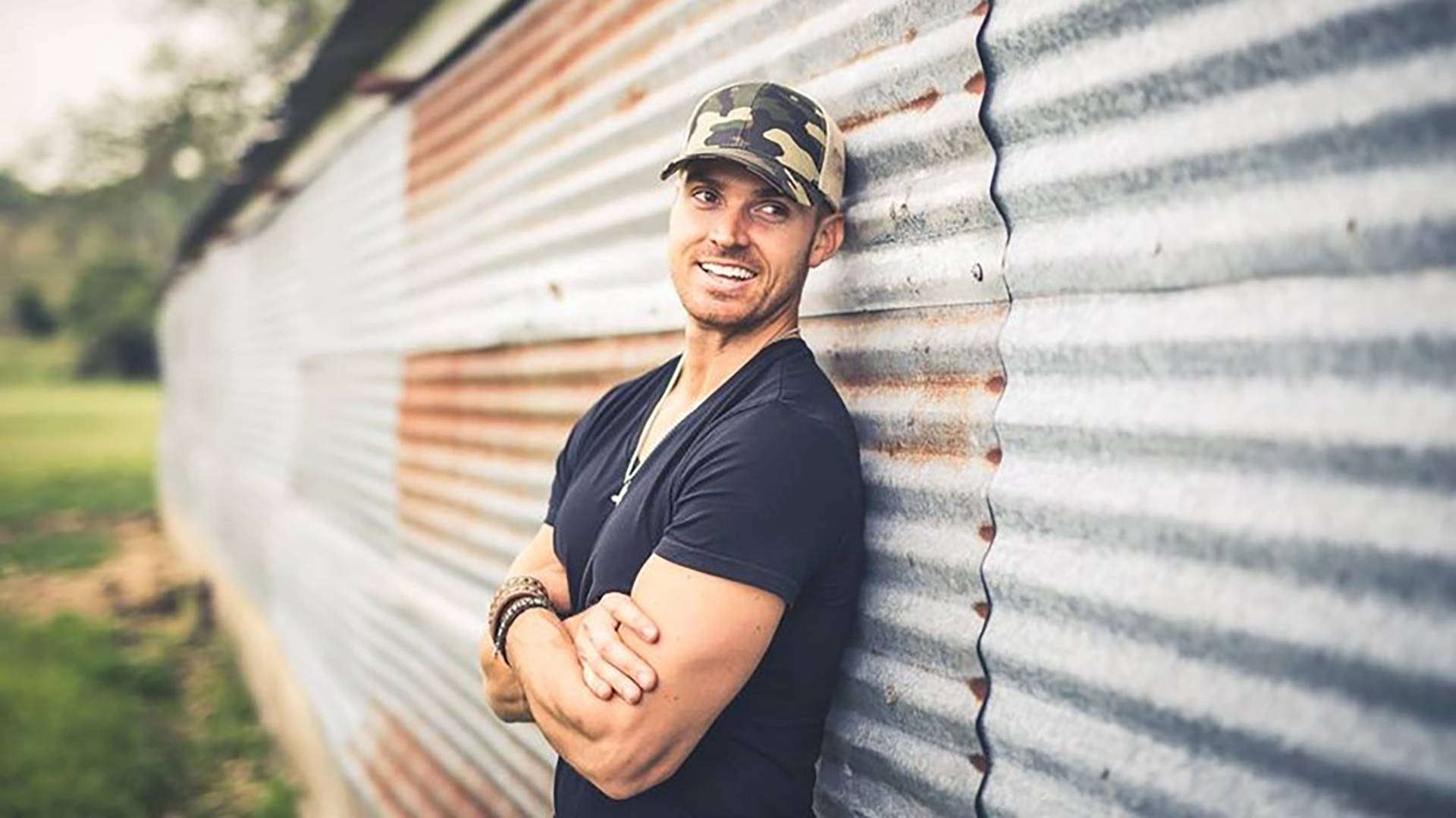 A Bachelorette suitor leads off this roundup of weekend music options.

No, Bachelorette finalist Luke Pell didn't go on the ABC show The Bachelorette just to further his burgeoning country music career — to hear him tell it, at least.

But he's not upset that his fourth-place showing on the reality competition expanded his profile and even almost netted him a gig as the next Bachelor.

"I was kind of in a stage of life where I was saying 'why not?' to a lot of opportunities," Pell said. "It turned out to be a great experience and a lot of fun, and a lot of the fans of that show are fans of country music and have welcomed me with open arms."

But Pell said his first priority is his music.

"My whole life, I've always kind of aspired to be in music. ... I really fell in love with it (when he was 10), but then sports and the military happened, so music as a career was on hold for a while," he said, referring to his time playing football at West Point and his five-year stint as an officer in the Army.

"I worked a couple of different corporate jobs after that, playing music and writing songs on the weekend in my spare time, and I came to terms with the fact that that was what I was really passionate and wanted to be back in Nashville pursuing it full time," he said.

Well, mostly full time, when the additional responsibilities and perks of being a popular suitor on The Bachelorette don't interfere — including signing up to be the next Bachelor.

Pell said he had his bags packed and was ready to start filming the next season, which debuts in January on ABC, when producers changed course and went with Nick Viall, who was runner-up on the 10th and 11th seasons of The Bachelorette and came in third on the third season of Bachelor in Paradise.

"For all intents and purposes, we had agreed on it from my standpoint until the day of the announcement. They changed direction at the last minute," Pell said.

The Bachelor host and producer Chris Harrison told People magazine that no one deserves to be the Bachelor more than Viall: “So many names get thrown around and at the end of the day, as producers, we have to try and think and decide what’s best for the franchise and who is the most deserving and sincere person. At the end of the day, we all looked around the table and nobody could say it wasn’t Nick. You can’t shoot holes at the fact that he is just the most deserving and sincere person.”

Pell said he thinks the change in plans was "a blessing in disguise."

"That would have been two months of filming, another month of promotion, then the show airs for almost three months and you've still got obligations to film extra shows and live tapings," Pell said. "It would have been a very intensive schedule up until March of this next year.

"It's definitely a once-in-a-lifetime experience, to be with all these people you've just met, with no contact with the outside world, your family, your career or anything," he continued. "It's definitely a fishbowl. The whole world sees you and your personality and a lot of personal pieces of your life. They see it through a microscope, and now there's 10 million people who now know your story.

"It's something that I'm likely never to do again, but I'm glad I did it," he said. "I've definitely got some material to write songs about, too."

In addition to about 200,000 holiday lights, the center's Christmas in the Gardens event will feature music from a variety of performers through Dec. 23 at the gardens, 1400 Streit Drive. On tap for the final days: Amarillo High School's New Sound choir on Friday, Holy Cross church choir on Saturday, Rene Brain on Sunday, Woodlands Elementary School choir on Monday, Puckett honor choir on Tuesday, Church Alive choir on Wednesday, AHS brass quartet on Thursday and Cassandra Hussey on Dec. 23. Hours are 6 to 8 p.m. nightly, and admission is free. Call 806-352-6513. 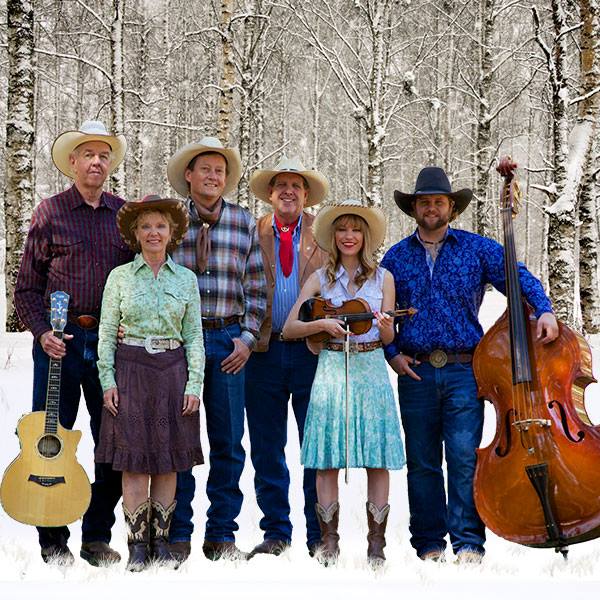 The Flying J Wranglers will bring their Cowboy Christmas show back to Amarillo for a 7:30 p.m. Monday performance at Amarillo Little Theatre, 2019 Civic Circle. Tickets are $25; ALT members get a 10 percent discount. Call 806-355-9991. 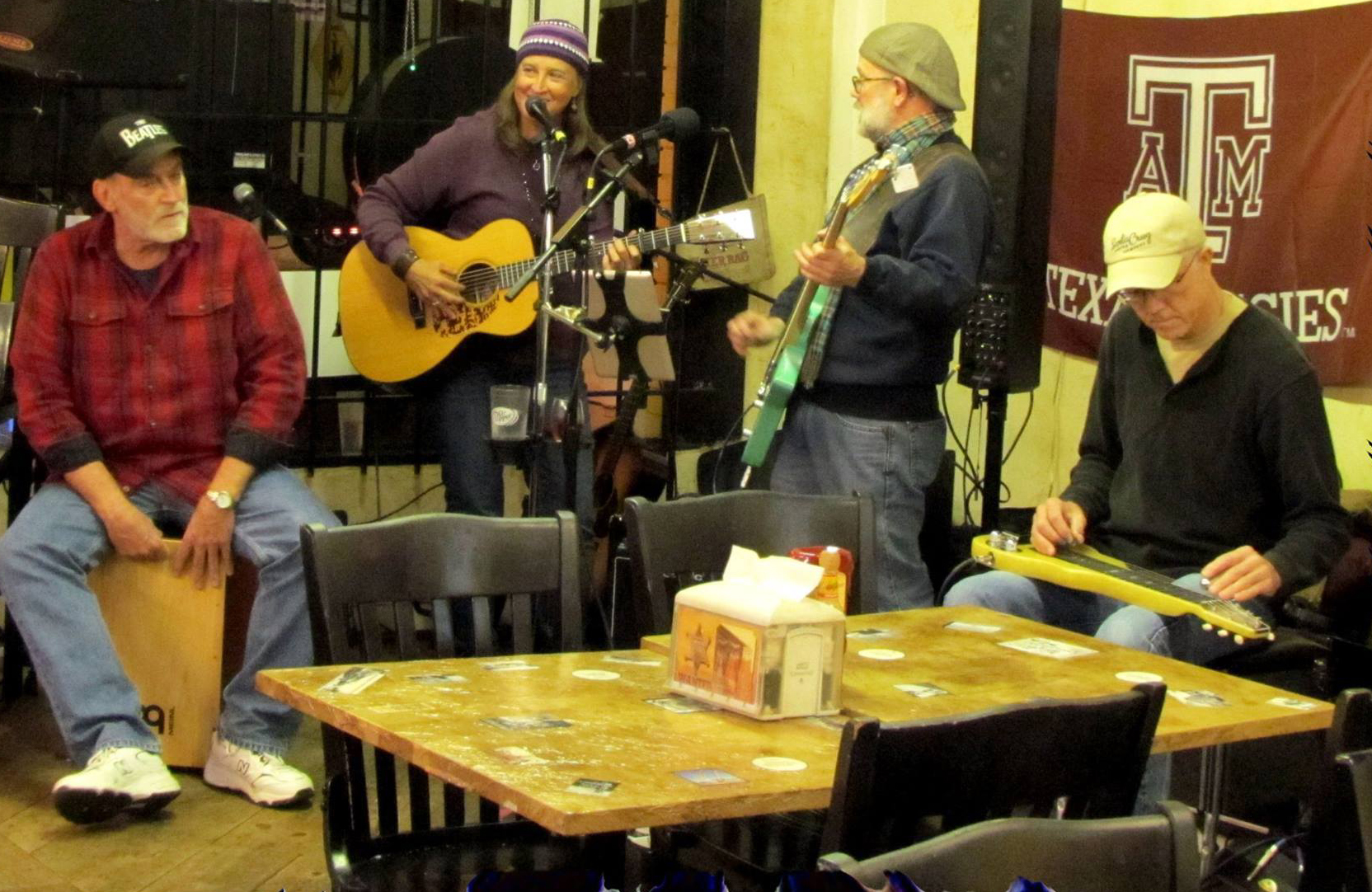 Reckless Kelly will perform at 10 p.m. Saturday at the bar, 2424 Hobbs Road; cover is $20. Shane Rogers performs around 9 p.m. Mondays, and Brian Wynne performs at 9 p.m. Wednesdays; both shows are free. Plus, the bar's happy hour performances continue: The Solano Project on Tuesdays, Johnny Reverb Holston with Marc Durham and Jay Weeks on Wednesdays and Bobby McCauley of The Cassettes on Thursdays. Happy hour shows start at 5:45, and there's no cover. Call 806-358-9560. 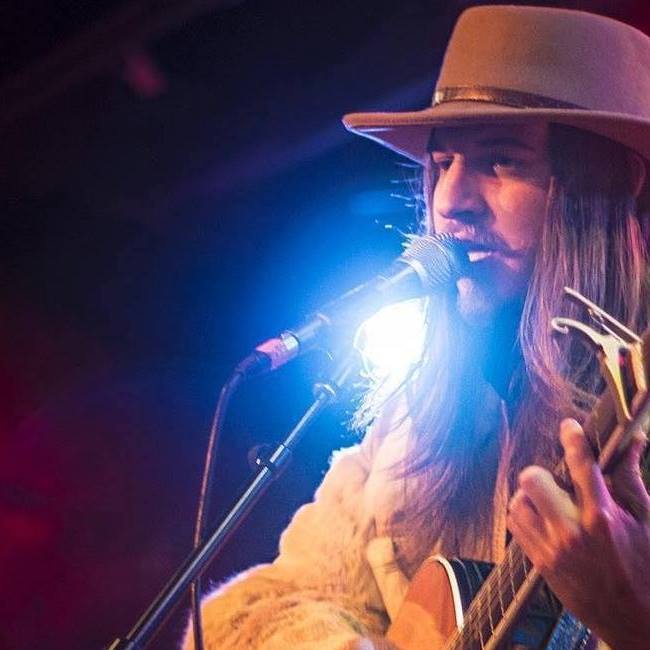 The DryLand Dreamers and Oakdale Elementary School honor choir will perform during the Christmas in the Canyon Balloon Glow from 5 to 8 p.m. Saturday, featuring several hot-air balloons from Amarillo's Black Sheep Squadron. Admission is free with a donation of a nonperishable food item after 4 p.m.; regular park entry fees will apply before 4 p.m. The glow will take place at the Mack Dick Group Pavilion. Call 806-488-2506.

The Royal F---- and other Amarillo performers will team up for the Naughty List Variety Show at 10 p.m. Friday at RR Bar, 701 S. Georgia St. Admission is $10, and toy donations will be accepted. Burlesque, comedy, singing, sideshow and drag acts from Bomb City Pretties, Broken Belts Collective, Pickled Sisters Sideshow, and more will perform. Call 806-341-5141. 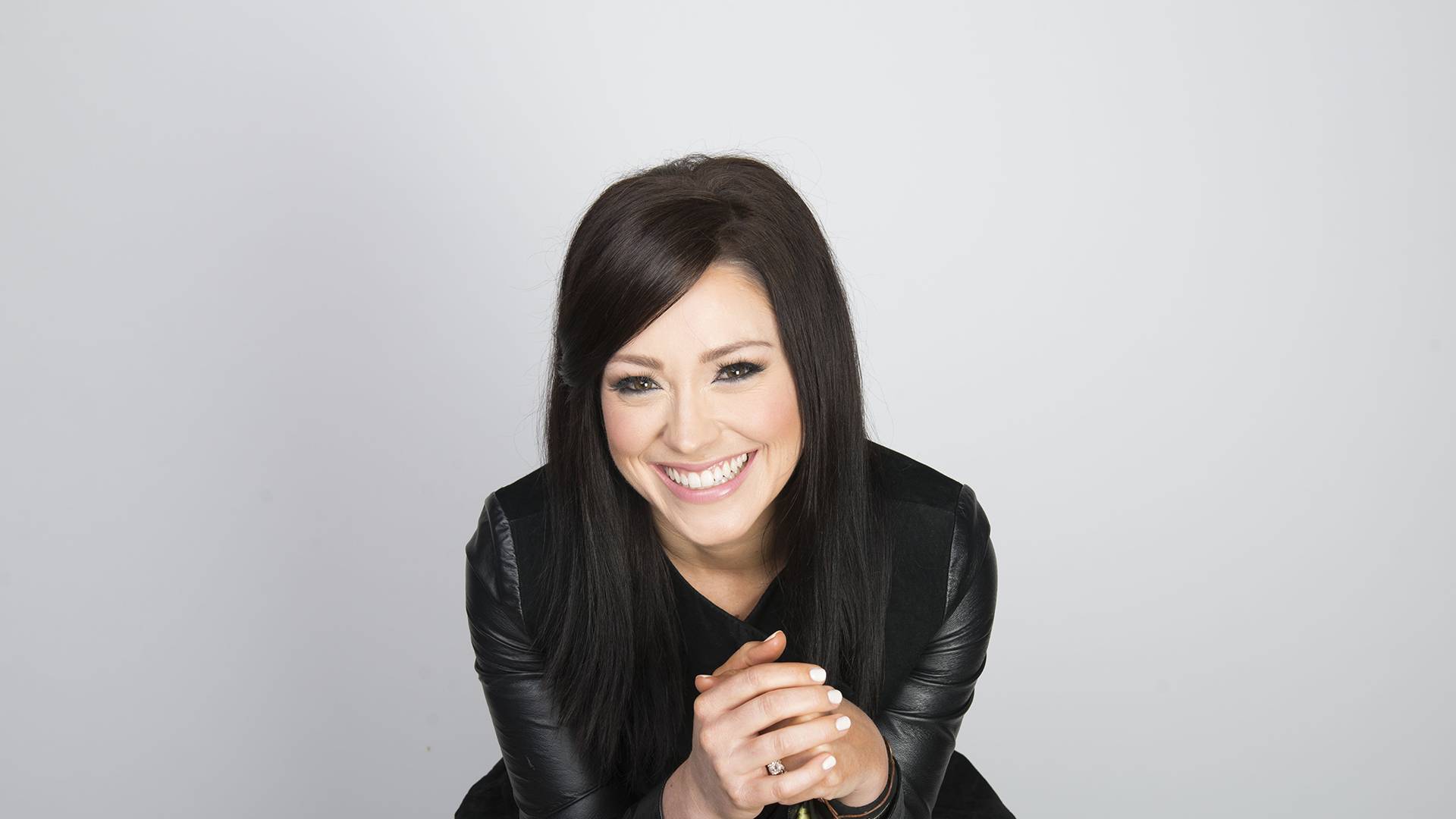 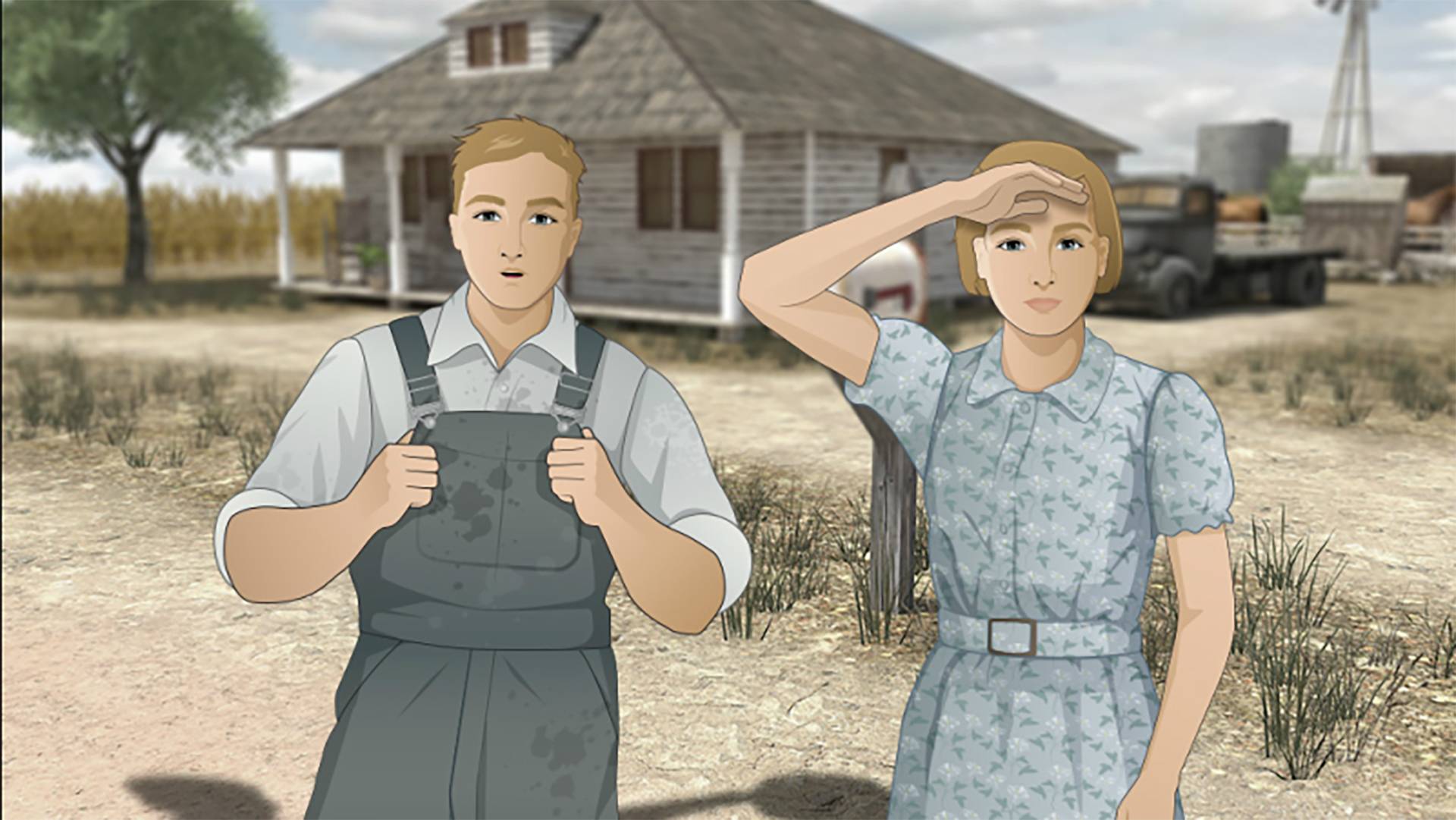