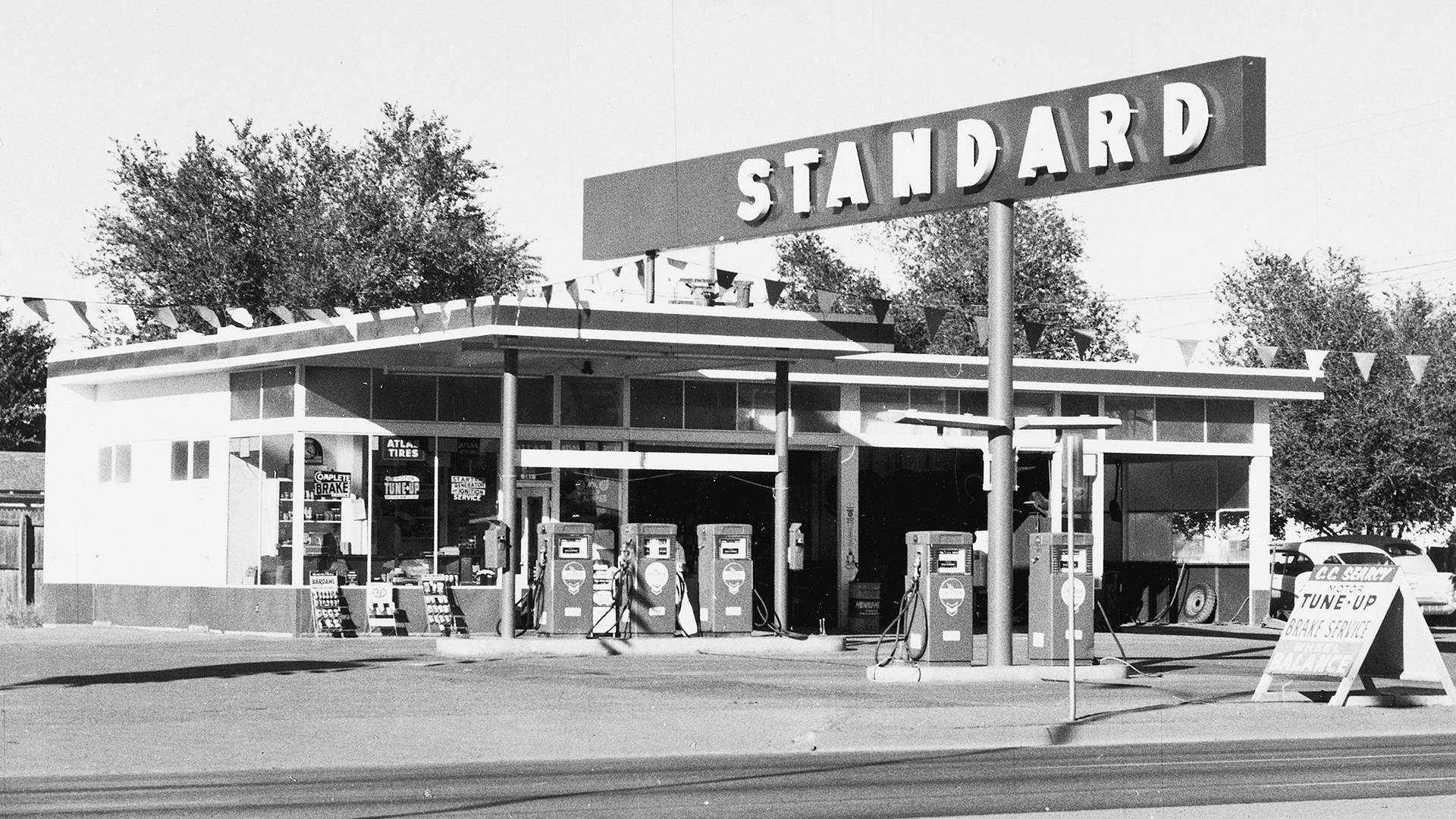 A pair of new exhibitions at Amarillo Museum of Art will document Americans' continuing love of life on the endless highway.

The Open Road: Photography and the American Road Trip, on view from Friday through Jan. 1, and High Plains Highways, on view from Nov. 11 to Jan. 15, both focus on trekking cross-country via the Mother Road and other iconic highways. A combined opening reception is set for 7 p.m. Nov. 11 at the museum, 2200 S. Van Buren St. 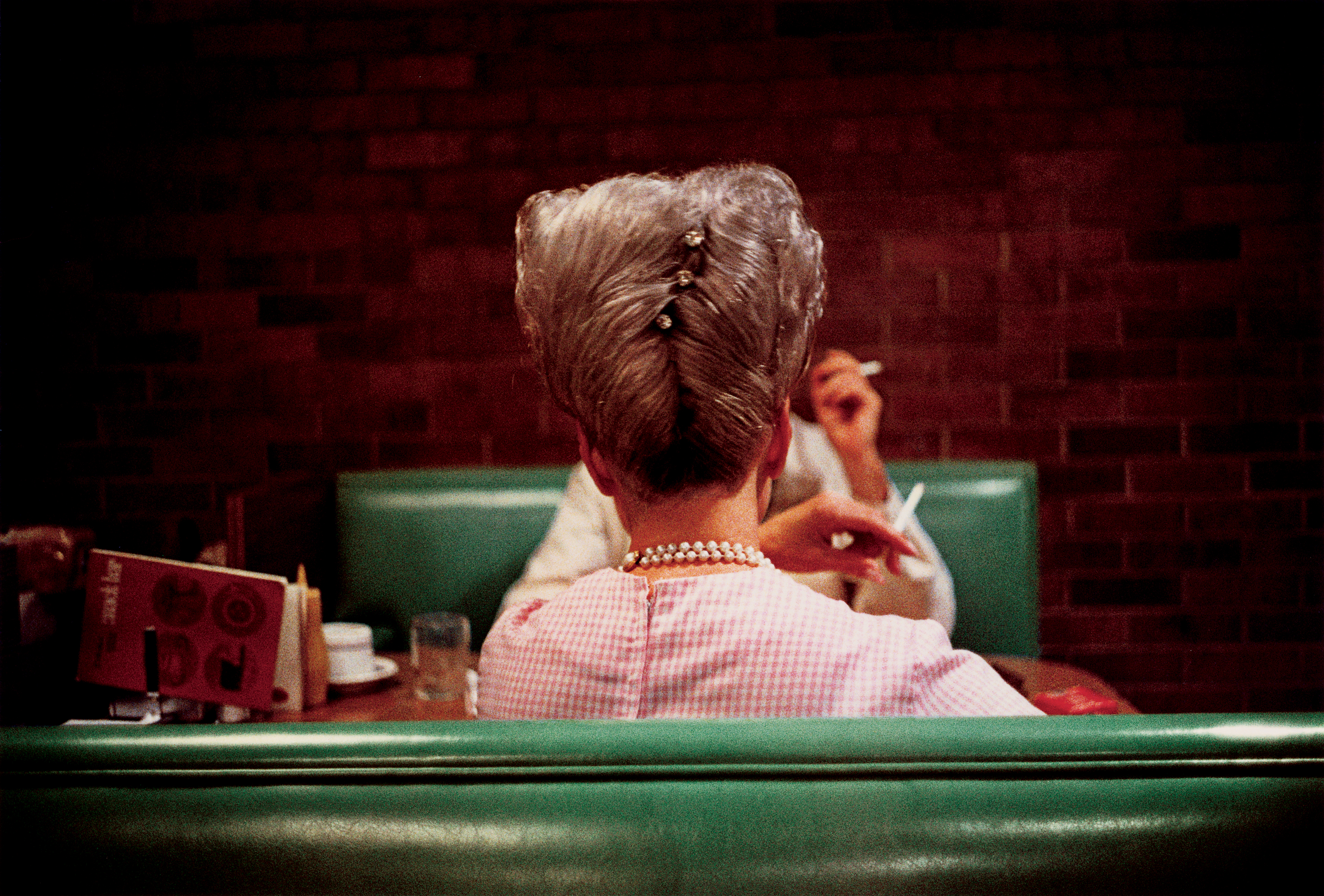 “Some of the best work in American photography has been made on American roads,” Denise Wolff, senior editor at the Aperture Foundation and co-curator of The Open Road, told the Wall Street Journal.

For The Open Road, Wolff and David Campany compiled works featured in his 2014 book of the same name for the touring exhibition, which was on view at the Crystal Bridges Museum of American Art in Bentonville, Ark., and the Detroit Institute of Arts before arriving in Amarillo. Next, it travels to the Museum of Fine Arts in St. Petersburg, Fla. 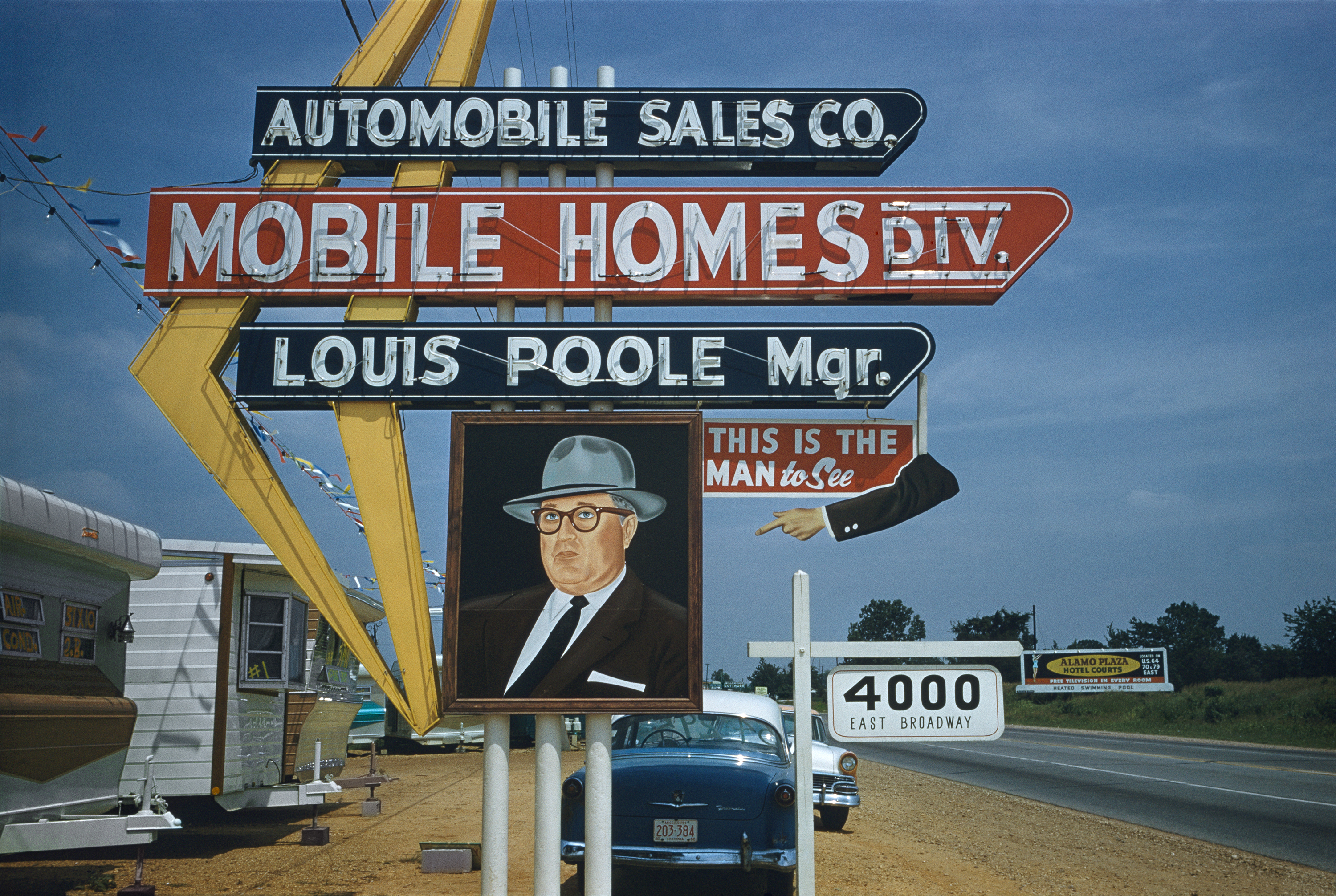 "It's pretty nice that we're showing it as the only place in this region," said Alex Gregory, AMoA curator of art. "Amarillo is a very key place to host The Open Road ... with Route 66 and the number of people who travel through Texas and see Amarillo as Texas, in a sense." 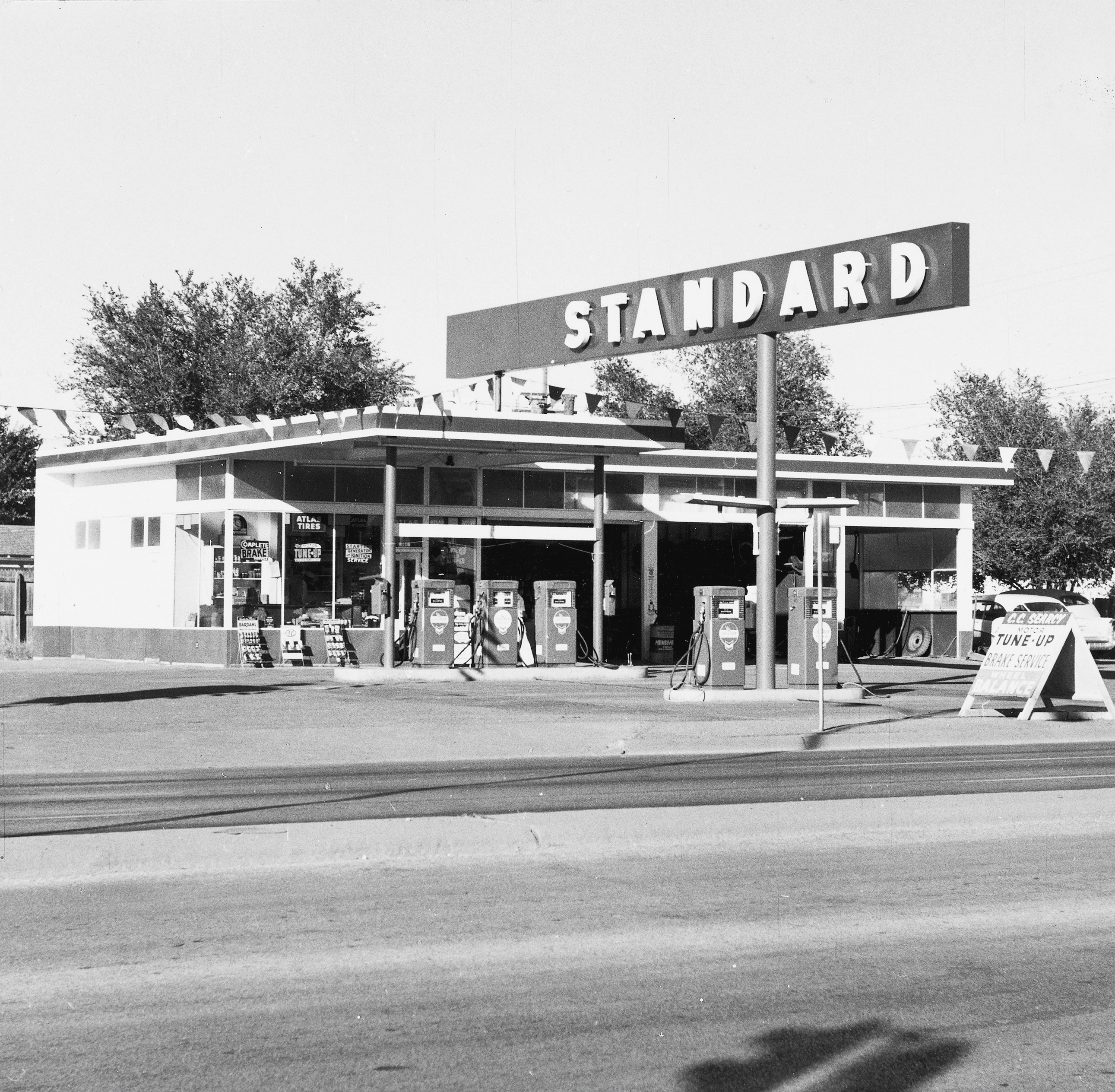 The exhibition features Ed Ruscha's Standard Station, Amarillo, Texas, 1962, an iconic photograph of an old Standard gas station (above) that still stands at 4001 E. Amarillo Blvd., though it's now K&T Automotive (below). 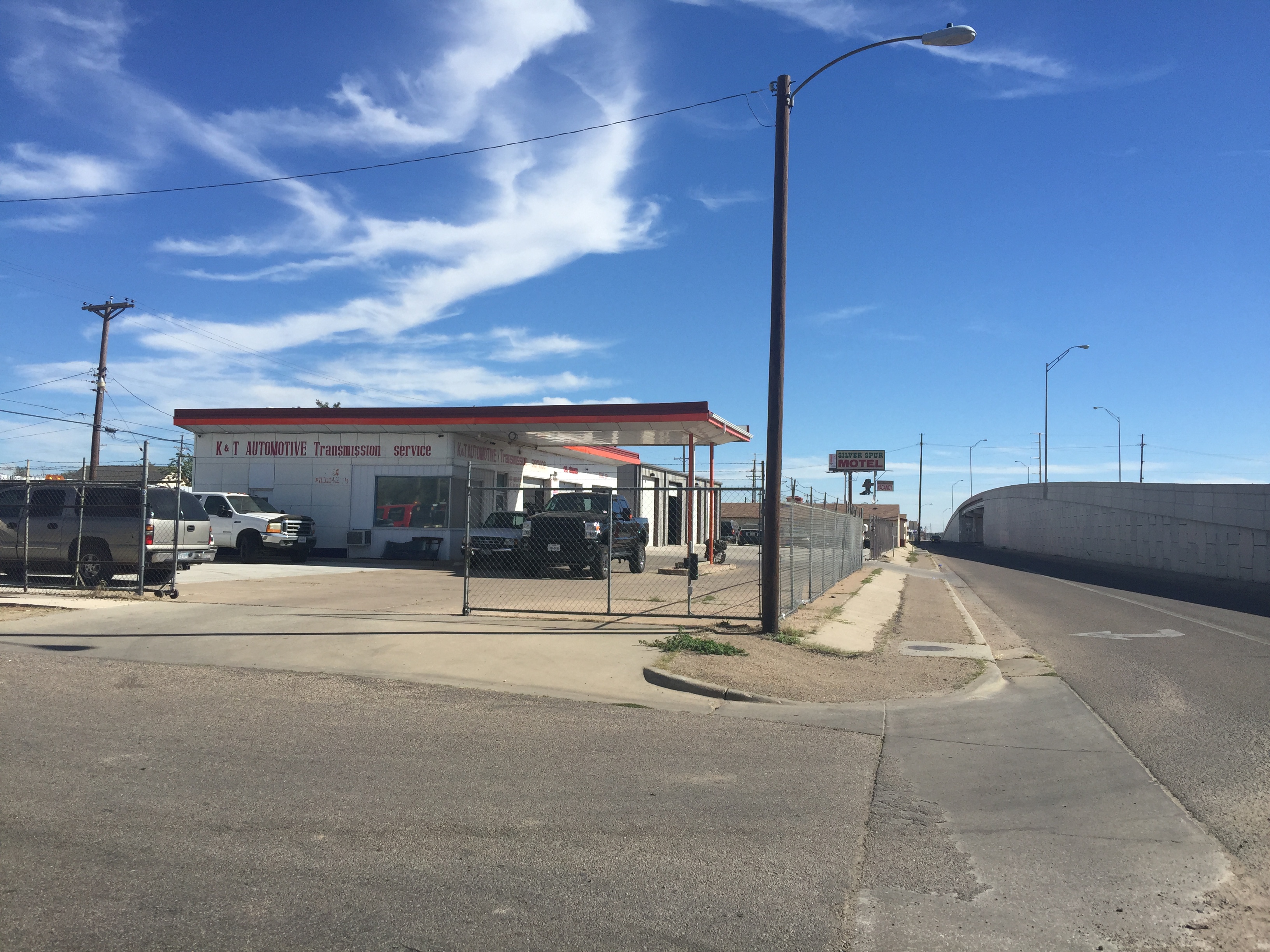 Ruscha photographed Standard stations across the country, and the Amarillo image was particularly important: "He did a whole body of work around that Standard station," Gregory said. 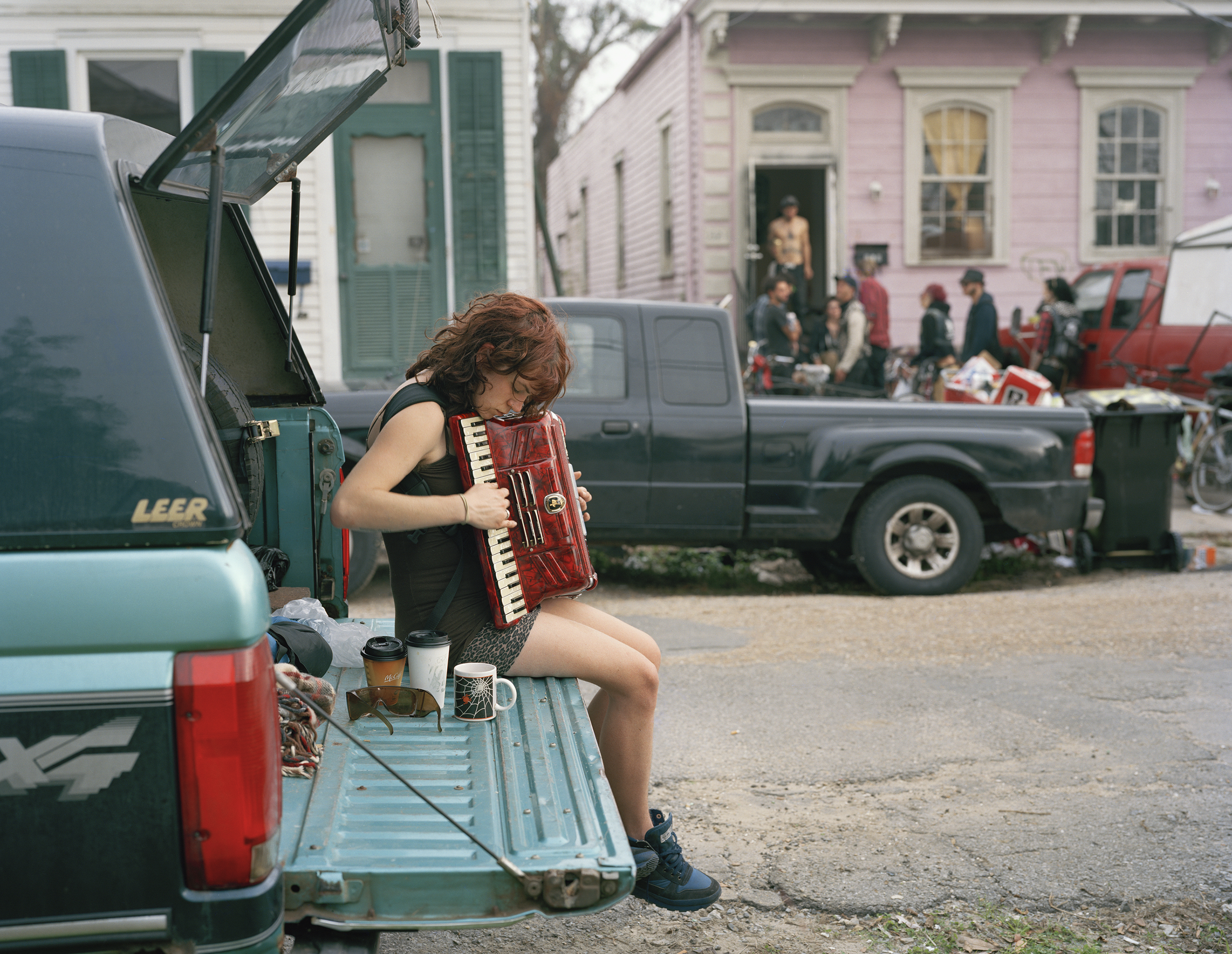 The Open Road spans Robert Frank's 1955 road trip that resulted in his 1958 book The Americans to the present day, and it also inspired AMoA's own High Plains Highways.

"Several of us had the idea to host a juried show of highway photography from around here," Gregory said. "The idea was to encourage photographers who live within the High Plains region (southeastern Wyoming, southwestern South Dakota, western Nebraska, eastern Colorado, western Kansas, eastern New Mexico, western Oklahoma and northwestern Texas) to travel outside the region and take photographs to submit ... and to encourage photographers who live outside the region to submit photos of this region to have an outsider perspective of things we might take for granted."

Wyatt McSpadden, an Amarillo native who began his career working for Stanley Marsh 3 and has since become an editorial photographer for publications nationwide, was juror for the show and selected more than 40 images from more than 200 entries. He will give a gallery talk at 7:30 p.m. Nov. 11 during the opening reception. 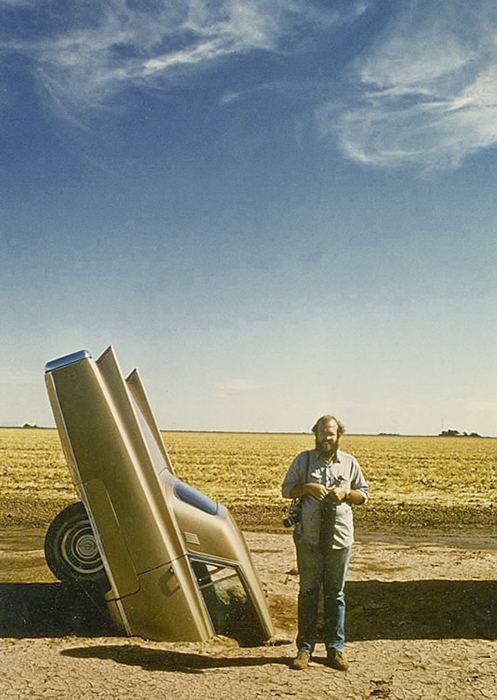 "I was 22 years old, getting the bug to take pictures and, lo and behold, I found myself at a place and time where these guys were building a monument to the supreme American automobile of its time, right next to one of the busiest interstates in the country," McSpadden said.

In his career as a contributing photographer for Texas Monthly, McSpadden has been in the shoes of the photographers whose works he considered for the exhibition.

"Literally, my career would not have happened had I not been able to drive thousands and thousands and thousands of miles to assignments all over the state," he said. "Who knows how much longer that will last, but I don't think it will be forever. We're kind of in a period of transition. ... We're probably sort of at the beginning of the end of the automobile era." 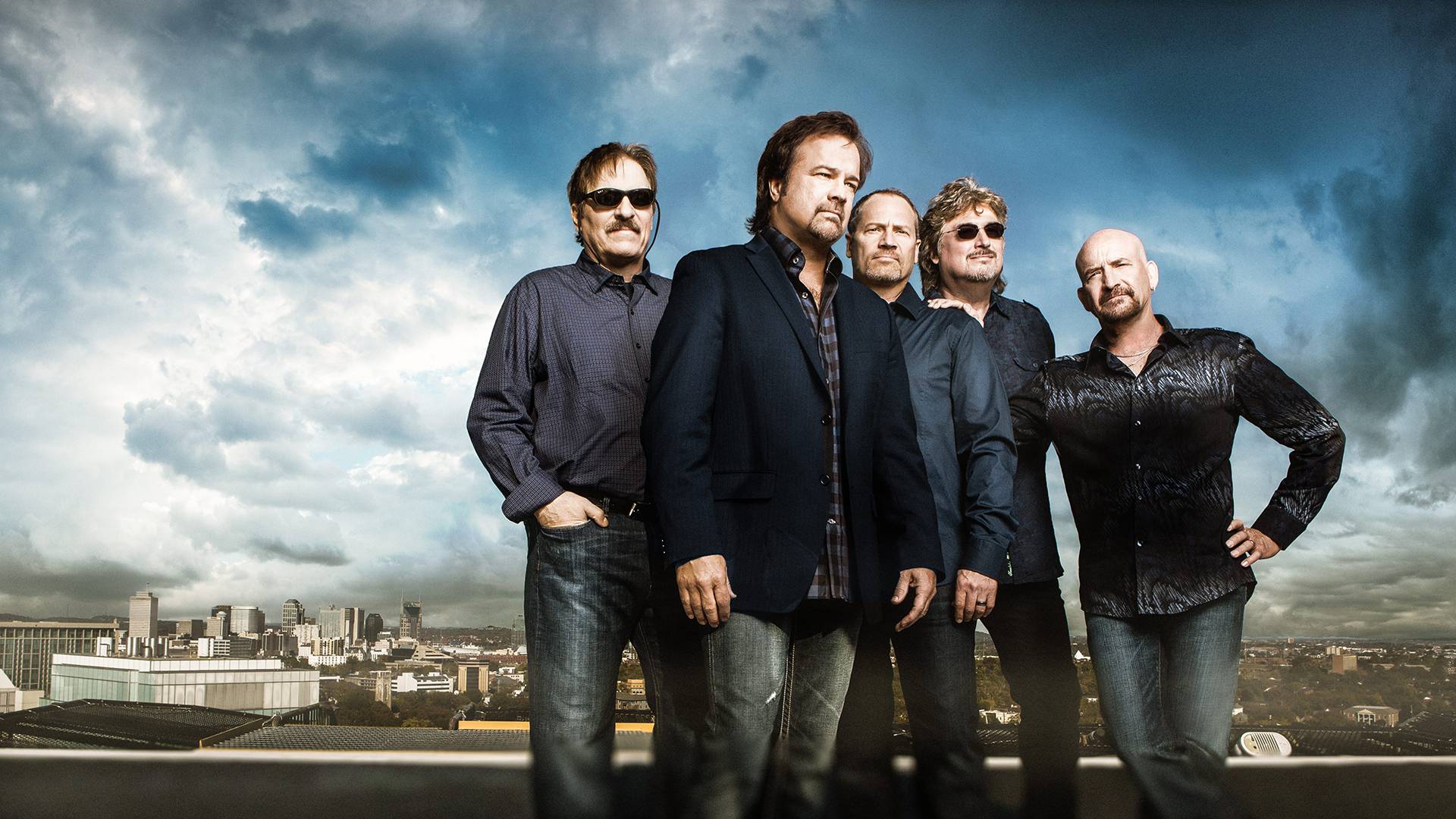 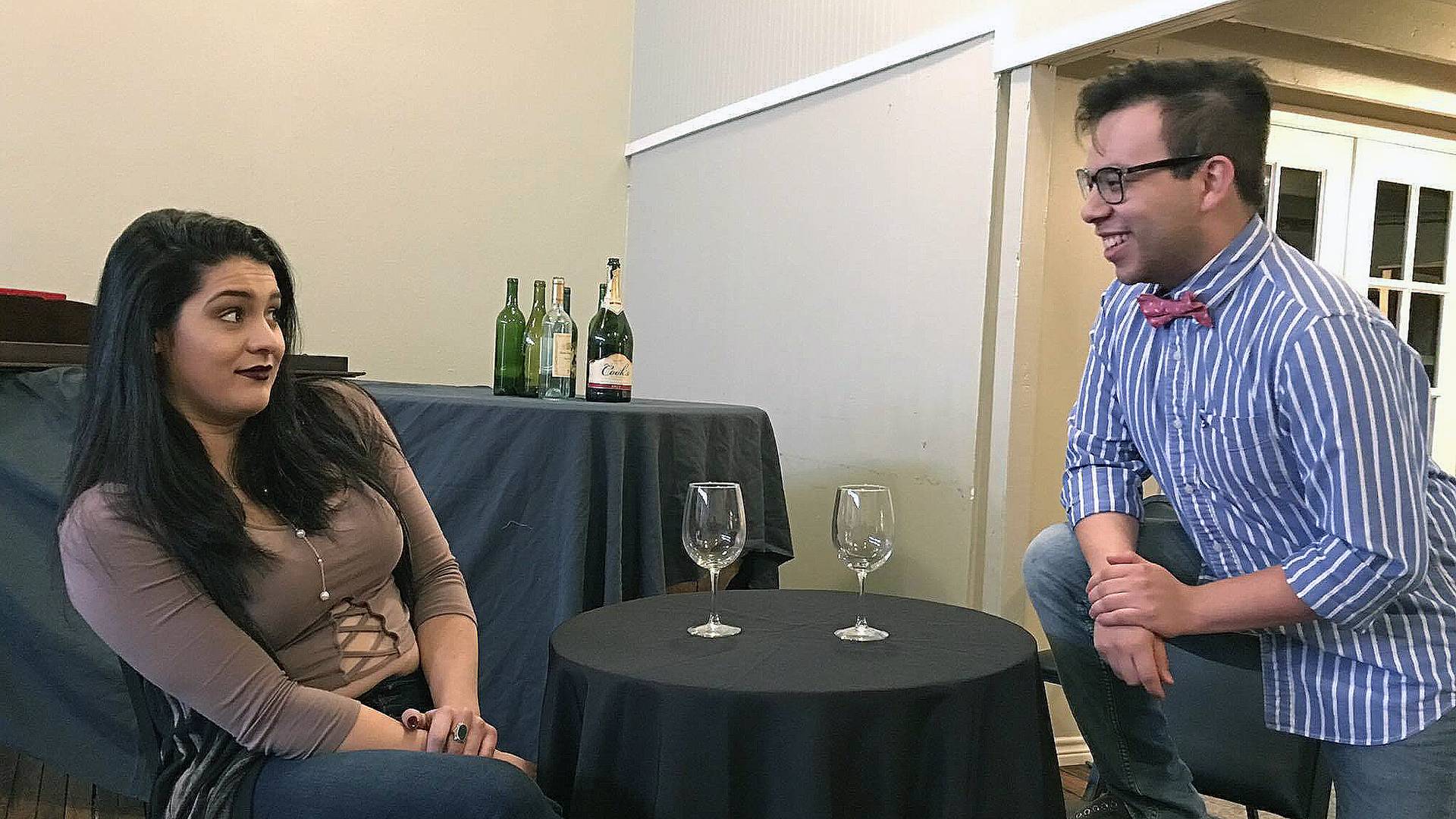