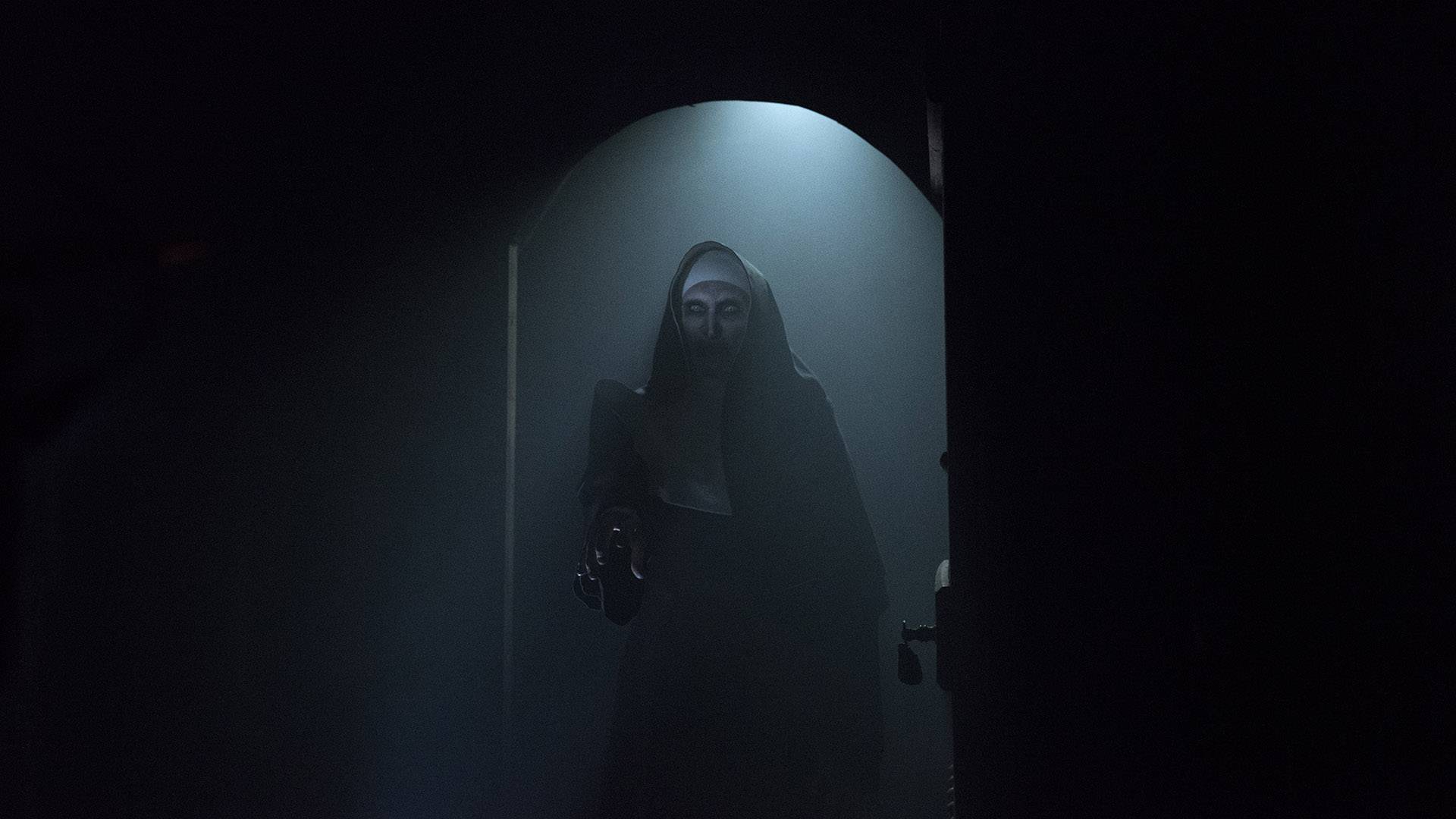 Watch out. "The Nun" is in theaters now.
Courtesy Warner Bros.
PLAY HERE

New in Amarillo theaters: A surprising number of films starring nuns. Plus, Jennifer Garner gets revenge, a forgotten songwriter gets his due and more.

Blaze Foley was one of the key figures of the Texas outlaw music movement that too few remember. Writer-director Ethan Hawke does, though, in this passion project that explores the singer-songwriter's life and death. Benjamin Dickey (a musician making his acting debut) is winning raves for his performance in the title role, as is Alia Shawkat (Arrested Development) as his lover. Reviews are solid: "It’s a visually striking film, whether it’s a shot of Blaze Foley lit red against a flag during his last show or the heartbreaking visual of a dying father hearing his children sing. Hawke has clearly translated the emotions produced within him when he listens to Blaze Foley’s music into something visual and cinematic, while also avoiding the usual genre cliches," writes RogerEbert.com's Brian Tallerico. (R for language throughout, some sexual content and drug use; click here for showtimes at United Artists Amarillo Star 14, 8275 W. Amarillo Blvd.)

This faith-based drama — which finds inspiration from Rascal Flatts' hit song "Bless the Broken Road" — tells the story of a young widow (Lindsay Pulsipher) whose faith was shattered when her husband died in Afghanistan. Two years later, she falls for a NASCAR driver (Andrew W. Walker) who's forced to do community service in her small town. Reviews aren't too hot: "It is unclear what anything in the movie has to do with Rascal Flatts or the song, except that Amber sings it at the end in her triumphant return to church, after a litany of come-to-Jesus moments. ... What God Bless the Broken Road does have going for it is a better-than-expected performance by Pulsipher, who plays the winsome but broken woman with deep sensitivity. As the film’s center, she holds together this narrative hodgepodge," writes the Los Angeles Times' Katie Walsh. (PG for thematic elements and some combat action; click here for showtimes at Amarillo Star 14 and Cinemark Hollywood 16, 9100 Canyon Drive)

After scaring folks with quick cameos in The Conjuring 2 and other films in its cinematic universe, the demonic sister gets an origin story (which also serves as such for the entire franchise). Young nuns in a remote abbey in 1952 Romania are being tormented, so the Vatican sends Father Burke and Sister Irene (Demian Bichir and Taissa Farmiga) to investigate. Reviews are so-so: "The Conjuring movies—especially James Wan’s original two, and not so much the Annabelle prequels—stood apart from so much demon-themed horror with their well-drawn characters, strong performances and powerful emotional underpinning. The Nun feels like an empty thrill ride by comparison. Once it stops and you step off, you may still feel a little dizzy, but you’ll have forgotten exactly why," writes RogerEbert.com's Christy Lemire. (R for terror, violence, and disturbing/bloody images; click here for showtimes at Amarillo Star 14 and Hollywood 16 and here for Tascosa Drive-In, 1999 Dumas Drive)

After a brutal attack that leaves her husband and daughter dead, mom Riley North (Jennifer Garner) emerges from a coma and is bent on revenge. Reviews aren't too hot: "Peppermint makes several giant leaps of illogic. Even with a five-year gap between her family’s murder and the onslaught of her reign of terror — during which time she’s gone off the grid and can’t be found by law enforcement — it’s tough to believe that a person who seems to have no background in combat or espionage has acquired and mastered the skills of a sleuth, ninja, MMA fighter and SEAL Team Six soldier, turning into a face-smashing, bone-snapping killing machine in such short order. Of course, it helps that she’s up against what has to be the most incompetent gang in Los Angeles," writes Houston Chronicle's Cary Darling. (R for strong violence and language throughout; click here for showtimes at Amarillo Star 14 and Hollywood 16)

When widowed dad David's (John Cho) daughter Margot (Michelle La) goes missing, he tries to track her down himself by tracing through her online life with the help of a sympathetic detective (Debra Messing). The entire film unfolds on computer screens, but the film is more than its gimmick, critics say. "(T)he first feature from writer/director Aneesh Chaganty ... ticks along irresistibly, never feeling trapped inside its concept. ... And it’s a great showcase for Cho, as both dream dad and online gumshoe. Like the best of thrillers, you watch breathlessly, slipping into the characters’ darkness, hoping for the light," writes the Seattle Times' Moira Macdonald. (PG-13 for thematic content, some drug and sexual references, and for language; click here for showtimes at Hollywood 16)

The Sound of Music

The hills are alive — again! The TCM Big Screen Classics series continues with a presentation of this beloved Rogers & Hammerstein musical at 2 and 7 p.m. Sept. 9 and 12 at both Amarillo Star 14 and Hollywood 16.

This biblical stage drama will feature massive sets, special effects and live animals in a production filmed before a live audience. It'll screen at 6:30 p.m. Sept. 13 and 12:55 p.m. Sept. 15 at Amarillo Star 14.

Sept. 14: Indie drama Puzzle, about a harried mother finding renewal in putting together jigsaw puzzles, is scheduled to open at Westgate Mall 6.

Sept. 20: Advance tickets are on sale now for children's fantasy film The House with a Clock in Its Walls and drama Life Itself at both Amarillo Star 14 and Hollywood 16.

Sept. 23 and 26: The TCM Big Screen Classics series continues with a presentation of the seminal teen angst drama Rebel Without a Cause at 2 and 7 p.m. Sept. 23 and 26 at both Amarillo Star 14 and Hollywood 16.

Sept. 27: The 1986 animated feature Transformers: The Movie returns to the big screen for one night at 7 p.m Sept. 27 at both Amarillo Star 14 and Hollywood 16.

Sept. 28: Horror film Hell Fest, a modern-day retelling of Little Women, comedy Night School and animated feature Smallfoot are scheduled to open nationally, but advance tickets are not yet on sale. Additionally, the Glenn Close drama The Wife, about a writer's spouse who questions her life choices when her husband wins the Nobel Prize, is scheduled to open at Westgate Mall 6.

Click on titles for my review and on theaters for showtimes. 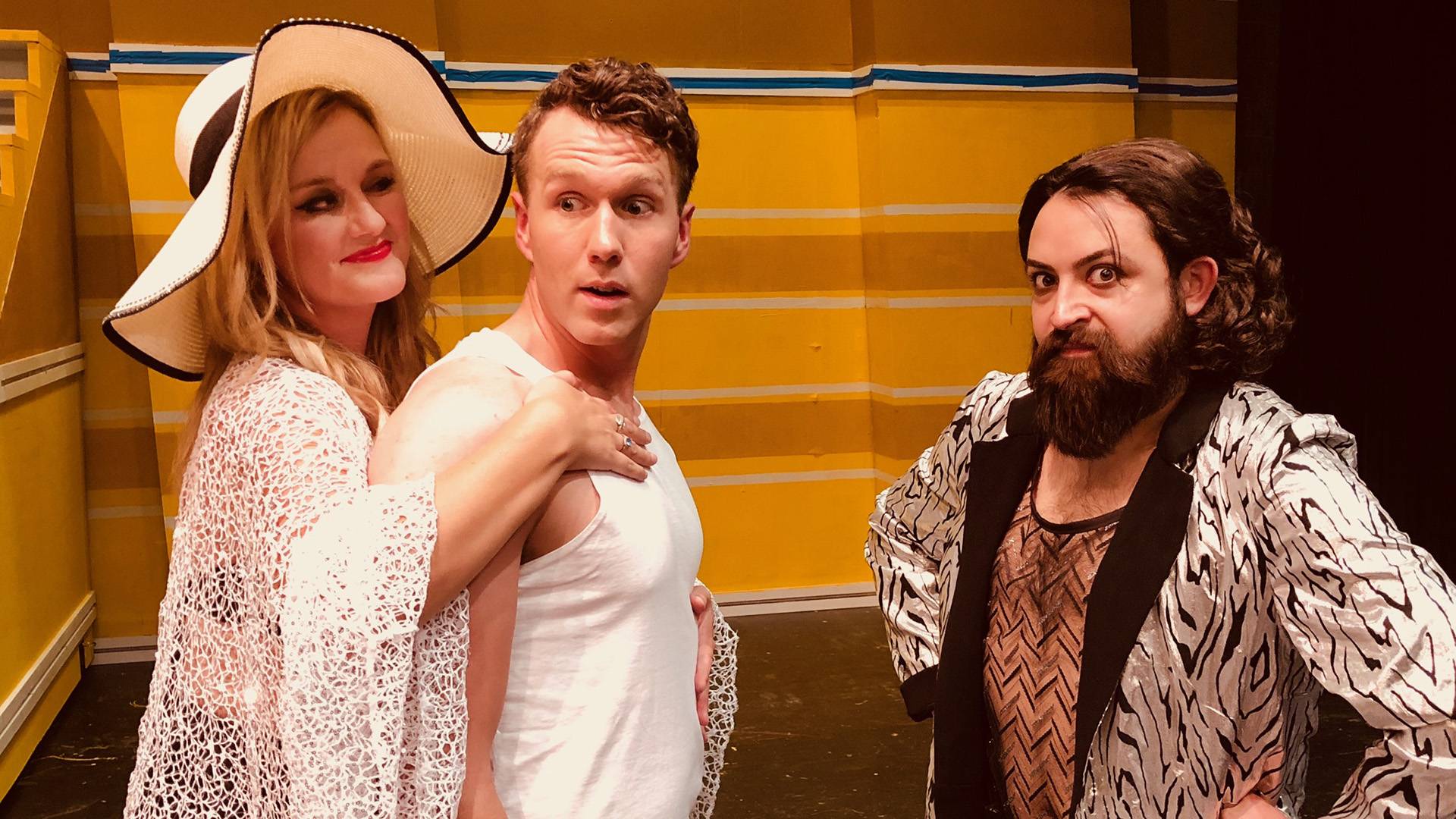 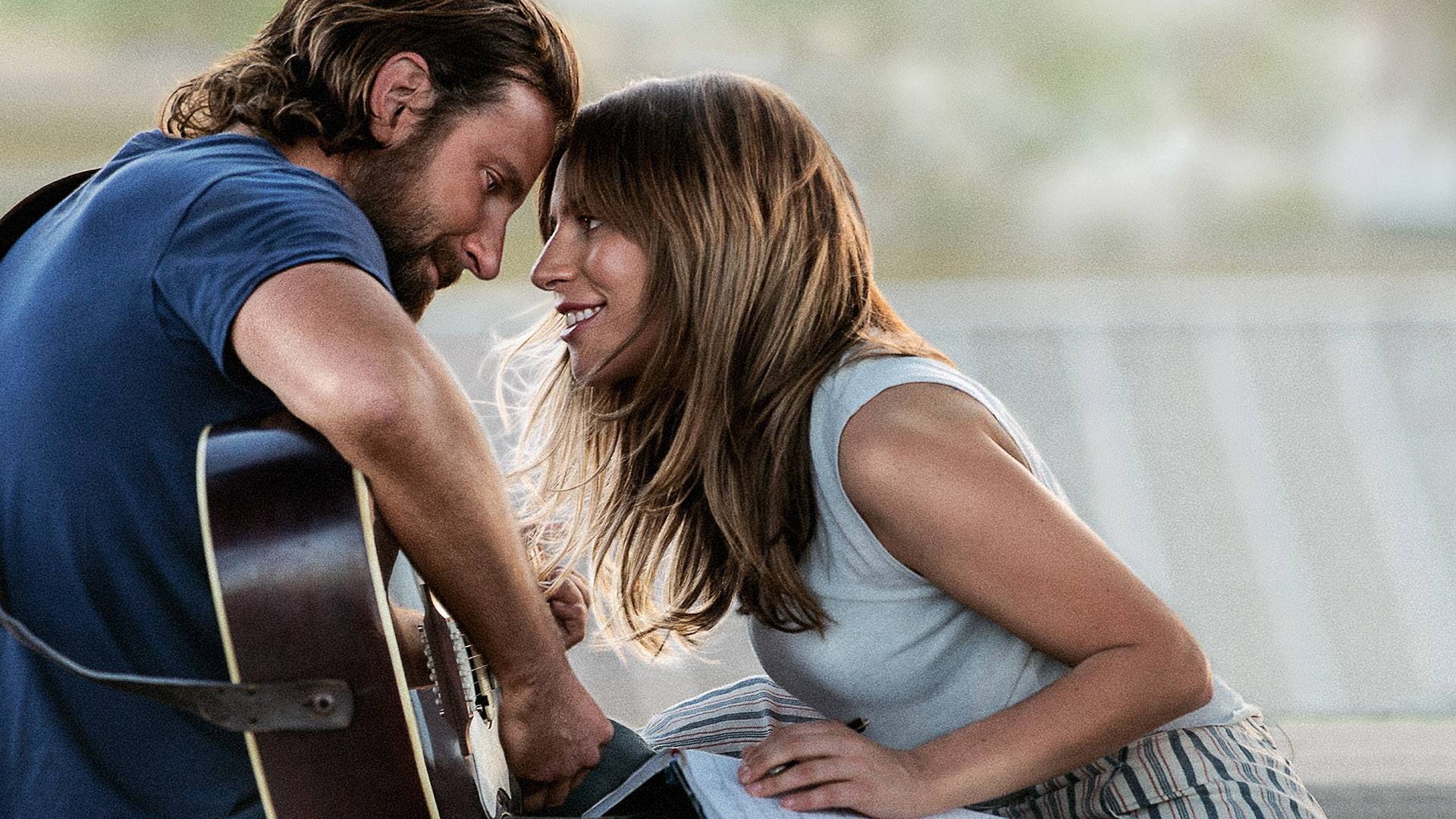