In Amarillo movie theaters this week: Tom Cruise is on another Mission, the animated Teen Titans are film struck, and more. Plus, my reviews of Mamma Mia and Sorry to Bother You.

The sixth installment of the remarkably consistent Mission: Impossible franchise once again finds star Tom Cruise doing his own pulverizing stunts. This time out, he's once again chasing baddie Solomon Lane (Sean Harris) and tracking down some plutonium — which then gets him on the bad side of the CIA (led by Angela Bassett). The plot is secondary to the thrills, and critics say they're available in full measure. "Set against some magnificent locales in Paris, London and Kashmir, this is a great-looking example of Hollywood cheese at its most voluptuous and toothsome. Yes, Mission: Impossible — Fallout is big, brash and completely nonsensical. But, as someone once sang, that’s entertainment," writes the Washington Post's Ann Horaday. (PG-13 for violence and intense sequences of action, and for brief strong language; click here for showtimes at United Artists Amarillo Star 14, 8275 W. Amarillo Blvd., and Cinemark Hollywood 16, 9100 Canyon Drive, and here for showtimes at Tascosa Drive-In, 1999 Dumas Drive)

Teen Titans GO! to the Movies

The Cartoon Network series hits the big screen in this loving parody of superhero films. Robin, Starfire, Beast Boy, Raven and Cyborg struggle to be taken seriously by the adult heroes, so they decide to find an arch-foe, Slade (voiced by Will Arnett). It's packed with Easter eggs for comic-book fans, but critics say it works on multiple levels. "(C)o-writers Aaron Horvath and Michael Jelenic (Horvath also co-directed with Peter Rida Michail) maintain the show’s primary-colored, big-eyed wackiness (in a way that never looks cheap) while keeping the jokes coming in such a constant barrage that there’s never time to grow fidgety. Teen Titans GO! to the Movies never wears out its welcome," writes The Wrap's Alonso Duralde. (PG for action and rude humor; click here for showtimes at Amarillo Star 14 and Hollywood 16)

Sorry to Bother You

Some movies are nearly impossible to review.

I'm not talking review-proof movies, the ones that folks are just gonna see regardless.

I'm talking movies like Boots Riley's sui generis Sorry to Bother You, which is screening for at least another week at the Hollywood 16.

Not only is it packed with surprises that I would never dream of spoiling, the movie is so inutterably bizarre that watching it feels like a fever dream. And days later, the fever hasn't broken.

Lakeith Stanfield (Get Out, FX's Atlanta) stars as Cassius "Cash" Green, who takes on a telemarketing job so he can have the money to rent out his uncle's garage, where he lives with his girlfriend Detroit (Tessa Thompson). He has no experience, and it doesn't matter: The manager tells him that they'll hire absolutely anyone.

But, after getting some advice from an older co-worker (Danny Glover), Cash finds he's actually really good at the job — at least, after he adopts his "white voice." As Glover's character explains, it's not enough to kind of sound white, "like Will Smith." No, Cash has to communicate the laissez faire tone of pure privilege. It works, and soon, Cash is promoted upstairs.

Now, what lies upstairs needs to come as a surprise, but just know that Cash wants to ride the golden elevator just as bad as Charlie wanted to visit the Chocolate Factory.

Riley's a proud communist, and Sorry to Bother You is the most urgent call-to-action in favor of labor unions that I've seen in who knows how long. And it's at least as insane as anything going on in the news in 2018. It's a seriously entertaining film, packed with go-for-broke performances (Stanfield and Thompson are stand-outs, as are Armie Hammer and Steven Yuen) and an abundance of creativity.

It's so creative, in fact, that I'm still having a hard time believing it was made and released, especially on such a scale. Daring, thrilling risks like this should be rewarded, though.

(R for pervasive language, some strong sexual content, graphic nudity, and drug use; click here for showtimes at Hollywood 16)

Here's a confession: I've loved ABBA all my life, and Meryl Streep is nigh unto a goddes, natch. But the first time I saw Mamma Mia in 2008, I was ... well, underwhelmed almost doesn't cover it.

Then, just a few months ago, I watched it again, and this time Pierce Brosnan's awful singing and the lackadaisical plotting didn't bother me as much. I was vibing on its level, basically. (It probably helped that I saw the stage show, too.)

I didn't have the same hurdle with its 10-years-later sequel, which is actually set five years after the first and approximately 13 years before our present day. (The timeline is mondo confusing.)

I'm all-in now, apparently. So, without shame, I can say that I fully loved Here We Go Again, much to my surprise. And not just because Cher's in it.

Basically, the film is a prequel in sequel drag. Writer-director Ol Parker compares it to The Godfather Part II, only instead of seeing how the Corleone family rises to power in America, we see how Donna sleeps with three hot guys and winds up pregnant.

Here, Donna is played by Lily James (Downton Abbey, Cinderella) in what'll be a true star-making role. She's incandescent. Equally as captivating is Amanda Seyfried, back again as Donna's adult daughter Sophie, who (in the film's present-day) is readying to re-open her mom's hotel following extensive improvements.

A grand reopening party is the ticket needed to get the original cast back together, but don't expect to see all that much of them. The bulk of the film is set in the past, so grandmother Cher only gets on absolutely killer moment at the end. But James is truly so fun to watch, and her young suitors have just enough chemistry with her that even though we know how the story goes, we're still bopping along with it.

(PG-13 for some suggestive material; click here for showtimes at Amarillo Star 14 and Hollywood 16)

An encore screening of this new cult-classic musical will return for special summer showings at 7 p.m. July 26 and 12:55 p.m. July 28 at Amarillo Star 14.

The Spy Who Dumped Me

Get a special sneak preview of next week's action comedy starring Mila Kunis and Kate McKinnon. It'll screen at 7 p.m. July 27 at both Amarillo Star 14 and Hollywood 16.

Grateful Dead Meet-Up at the Movies

The eighth annual Grateful Dead Meet-Up at the Movies will feature a screening of the band's July 7, 1989, concert at J.F.K. Stadium in Philadelphia, the final concert performed at the since-demolished stadium. It'll screen at 7 p.m. Aug. 1 at Amarillo Star 14.

Best-selling author Rachel Hollis' story is told in this inspirational documentary, followed by a Q&A with the author in this special streamed event. It'll screen at 7:30 p.m. Aug. 2 at both Amarillo Star 14 and Hollywood 16.

Aug. 2: Advance tickets are on sale for children's fantasy Christopher Robin, sci-fi thriller The Darkest Minds and action comedy The Spy Who Dumped Me at both Amarillo Star 14 and Hollywood 16.

Aug. 3: Thriller Searching is scheduled to open, but advance tickets are not yet on sale.

Aug. 5 and 8: The TCM Big Screen Classics series continues with a 20th anniversary presentation of the Coen Brothers comedy The Big Lebowski at 2 and 7 p.m. Aug. 5 and 8 at both Amarillo Star 14 and Hollywood 16.

Aug. 7: Singer Jason Mraz will treat audiences to a family friendly celebration of the creative arts in the documentary-style feature Have It All: The Movie, featuring new material from upcoming album Know. It'll screen at 7 p.m. Aug. 7 at both Amarillo Star 14 and Hollywood 16.

Aug. 9: Watch the Drum Corps International world championship prelims live from Lucas Oil Stadium in Indianapolis in Big, Loud & Live 15. The event will begin at 5:30 p.m. Aug. 9 at both Amarillo Star 14 and Hollywood 16.

Aug. 10: Comedy Dog Days and thriller The Meg are scheduled to open, but advance tickets are not yet on sale.

Aug. 14: The horror film Blood Fest, featuring a slasher targeting a film festival celebrating horror movies, will get a one-night-only screening at 7:30 p.m. Aug. 14 at both Amarillo Star 14 and Hollywood 16.

Aug. 15: Romantic comedy Crazy Rich Asians is scheduled to open, but advance tickets are not yet on sale.

Aug. 16 and 20: The iconic televised concert in which Elvis Presley relaunched his singing career will be seen again in Elvis '68 Comeback Special, a 50th anniversary reissue with behind-the-scenes footage and more. It'll screen at 7:30 p.m. Aug. 16 and 20 at both Amarillo Star 14 and Hollywood 16.

Aug. 17: Action thrillers Alpha and Mile 22 are scheduled to open, but advance tickets are not yet on sale.

Aug. 20: In faith-based drama An Interview with God, young reporter (Brenton Thwaites, Pirates of the Caribbean: Dead Men Tell No Tales) struggles with his dying faith after covering the Afghanistan war, then meets a mysterious man (David Strathairn) claiming to be God. The film will screen at 7 p.m. Aug. 20 to 22 at both Amarillo Star 14 and Hollywood 16.

Aug. 24: Family adventure A.X.L., dark puppet comedy The Happytime Murders and horror film Slender Man are scheduled to open, but advance tickets are not yet on sale.

Aug. 26 and 29: The TCM Big Screen Classics series continues with a 60th anniversary presentation of the Rogers & Hammerstein musical South Pacific at 2 and 7 p.m. Aug. 26 and 29 at both Amarillo Star 14 and Hollywood 16.

Aug. 31: Sci-fi action film Kin and Spanish-language dramedy Ya Veremos are scheduled to open, but advance tickets are not yet on sale.

Click on titles for my review and on theaters for showtimes. 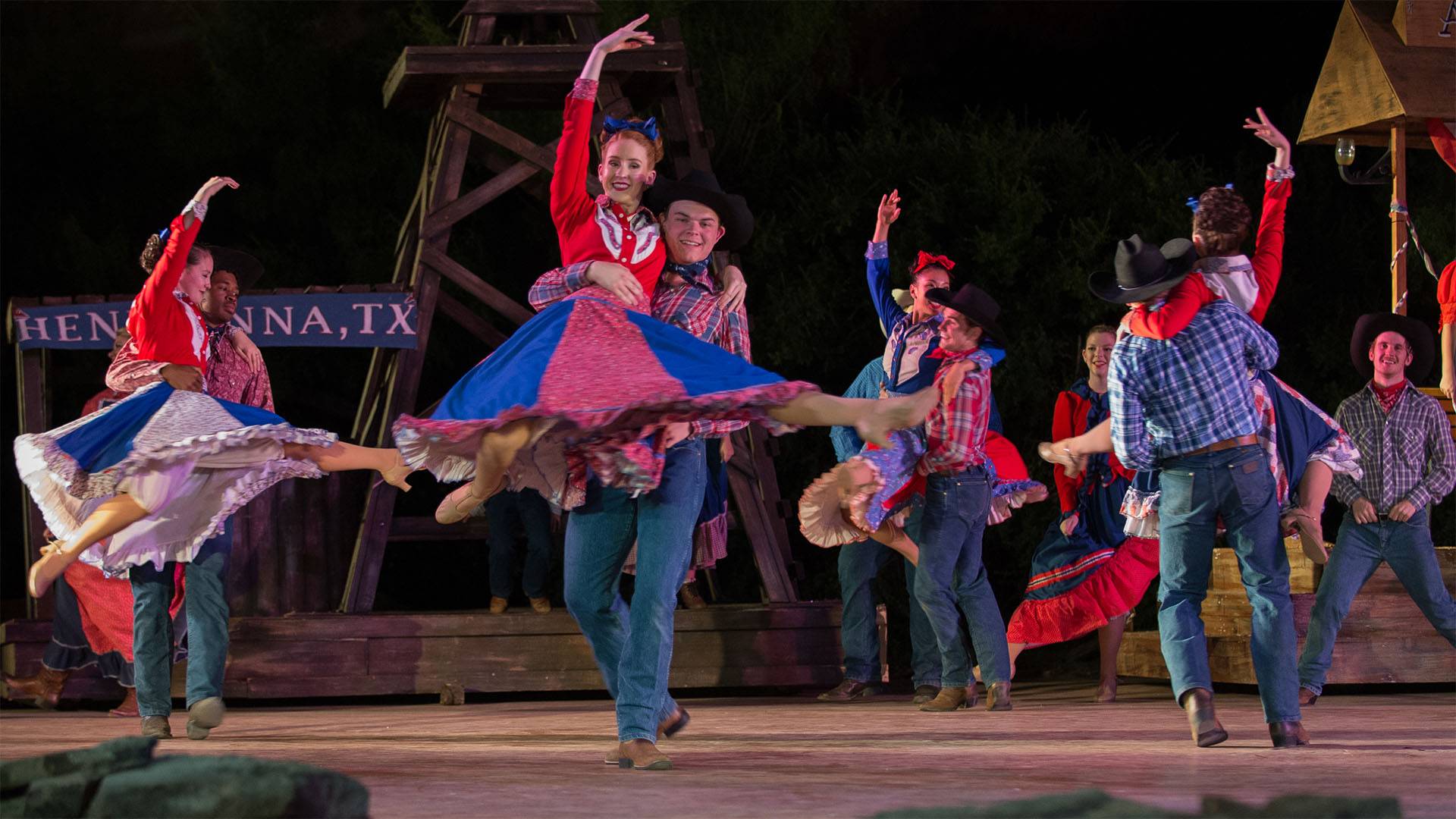