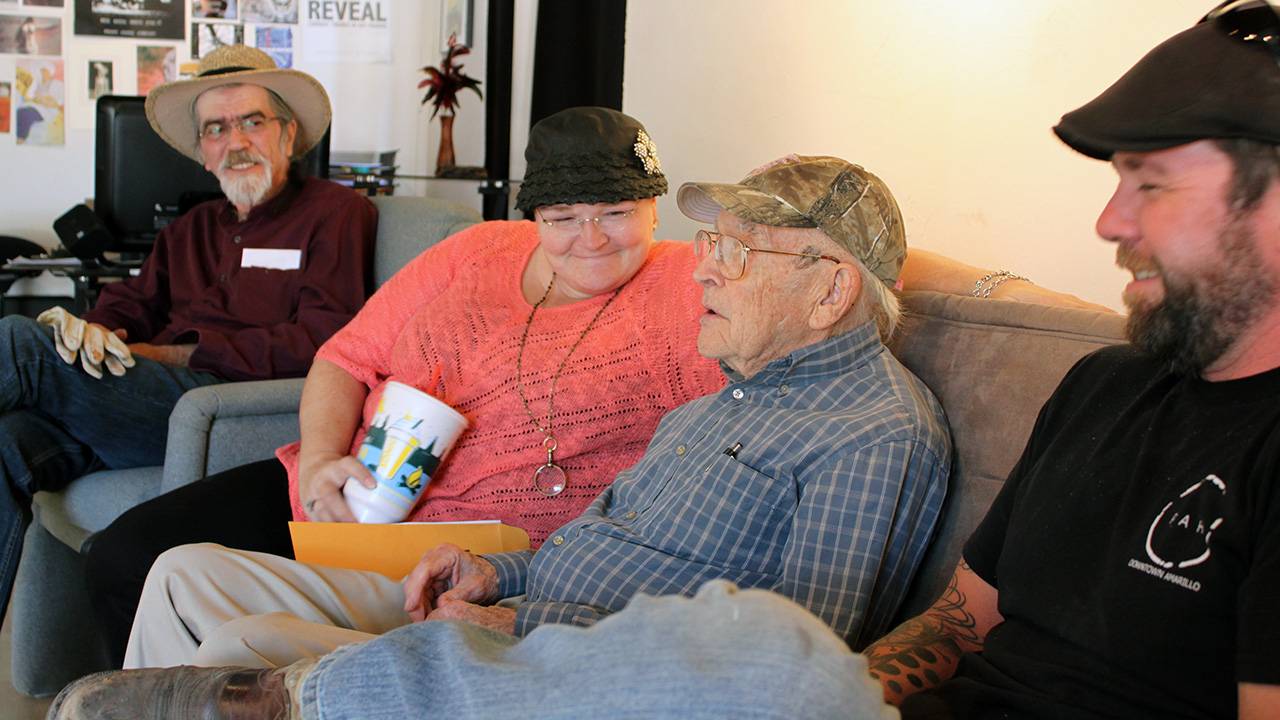 A vibrant slice of Amarillo's visual arts history will be on view beginning Friday at Process Art House, but the images and sculptures will only tell part of the story.

I was lucky enough to sit in on an hour-long conversation earlier today with artists Scott Hyde and Lightnin' McDuff, subjects of "Lightnin' and Mr. Hyde," an exhibition opening with a 7 to 10 p.m. Friday reception and on view, by appointment, through June 14 at the gallery, 700 S. Van Buren St. It's the first time they've showed their work together in a two-man exhibition.

They were joined today by Jacob Breeden, co-owner of the gallery, and Renea Dauntes, Hyde's archivist.

McDuff, whose gleefully oddball sculptural pieces (like the giant, disembodied legs that make up "Ozymandias" on Interstate 27) have brightened Amarillo for decades, told me he credits Hyde and the late art critic Hunter Ingalls with giving him the push he needed to truly pursue his passion. 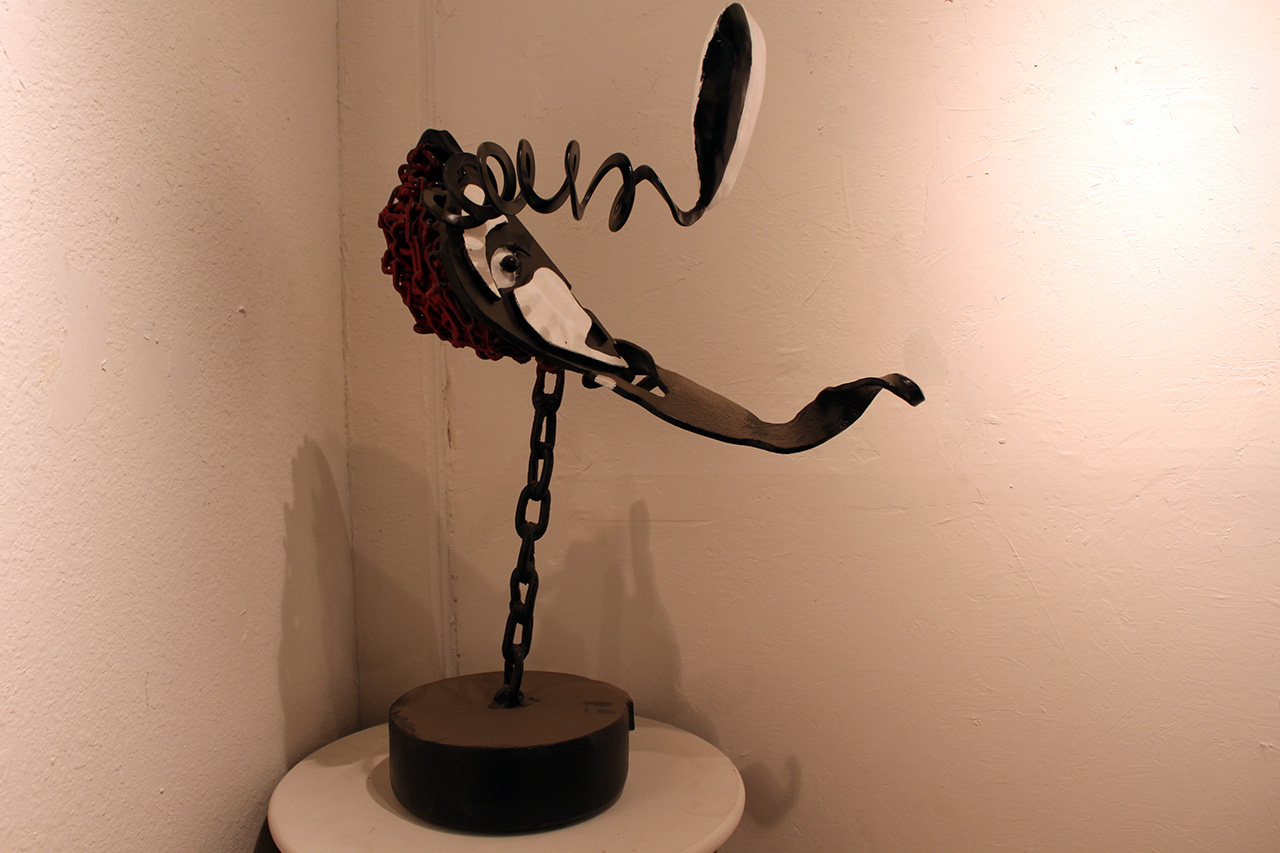 "I considered myself a 'thing-maker,' not an artist," McDuff said. "Hunter and Scott convinced me I was an artist.

Hyde, who was lost in conversation with Dauntes when McDuff showered him with credit, scoffed a little when I asked if it were true. 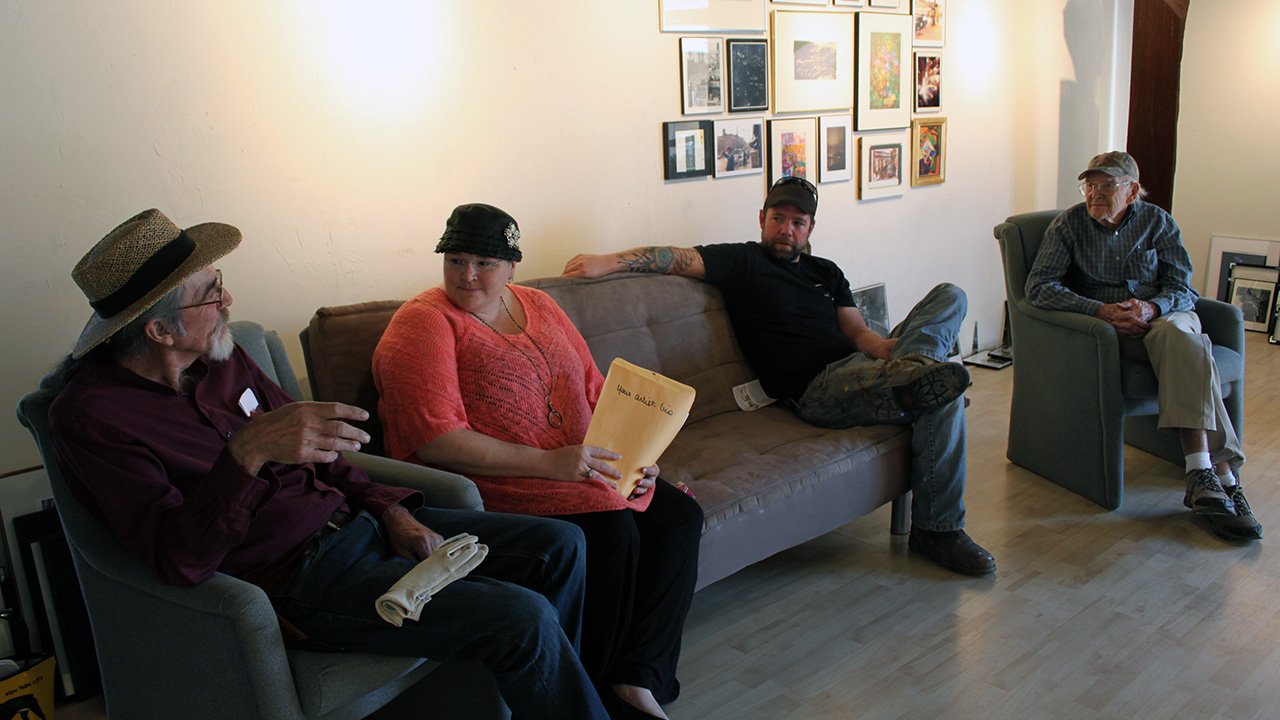 The two men were part of Ingalls' Lost Circus co-op art gallery, which formed in 1989. McDuff was a little newer on the art scene, but by that point, Hyde had been shooting photographs for decades. At 89, now quite hard of hearing, he's still going — though Dauntes said she thinks this will be his last public exhibition.

Dauntes estimates she has more than 50,000 pieces — mostly photographs, but also some sketches and watercolors — to archive. "Lightnin' and Mr. Hyde" will show only a fraction — 150 or so — in clusters divided by decade that, despite various experiments in form and content, reflect common themes and ideas that stretch across decades. Take, for instance, two silvery images of trees reflected in water: One was shot in 1950 in the Smokey Mountains of Tennessee; the other was shot in 2014 at Medical Center Park in Amarillo.

"It's pretty wild to see reminiscent photographs from one decade to another," Dauntes said. 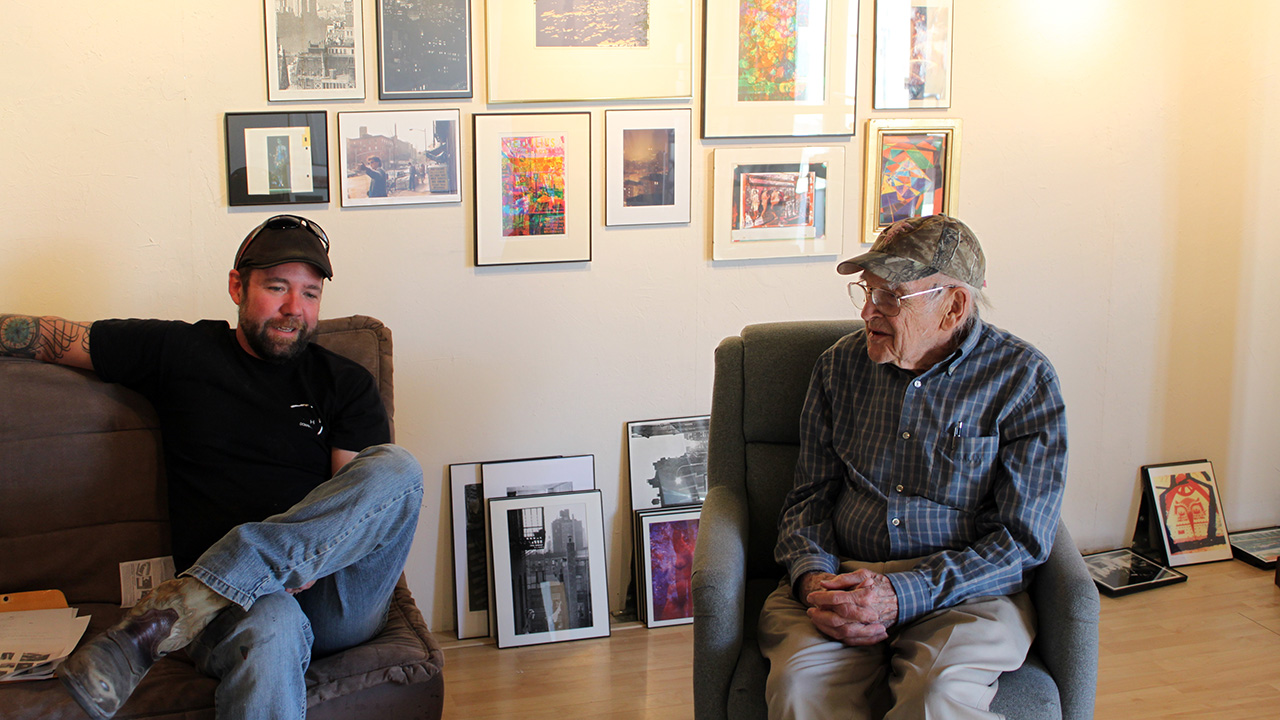 That was part of her inspiration for the show and how she wants to hang it — as if the images are clouds of memories strung through the decades.

"It's so chaotic, but it's just like when you're sitting and have flashes of remembrances when you're telling a story," Dauntes said. "It's chaotic remembrance."

"That's a good title for a show," Breeden said.

Hyde started shooting photos as a teenager in Portland, Ore., in the early 1940s, then moved later that decade to New York City, where he worked as an artistic and commercial photographer. He arrived in Amarillo in 1987 and has continued to shoot photos here for nearly 30 years.

In all, "Lightnin' and Mr. Hyde" will display eight decades of Hyde's output.

"I picked out a lot of things he loves, and I expect him to tell the stories behind them (at the opening)," Dauntes said. "But I also want him to see his entire life and what he built. Even still — even still — he doesn't understand how adamant I am about getting his work documented for other people to see and use. He's incredibly humble. He doesn't realize he's a bad a--." 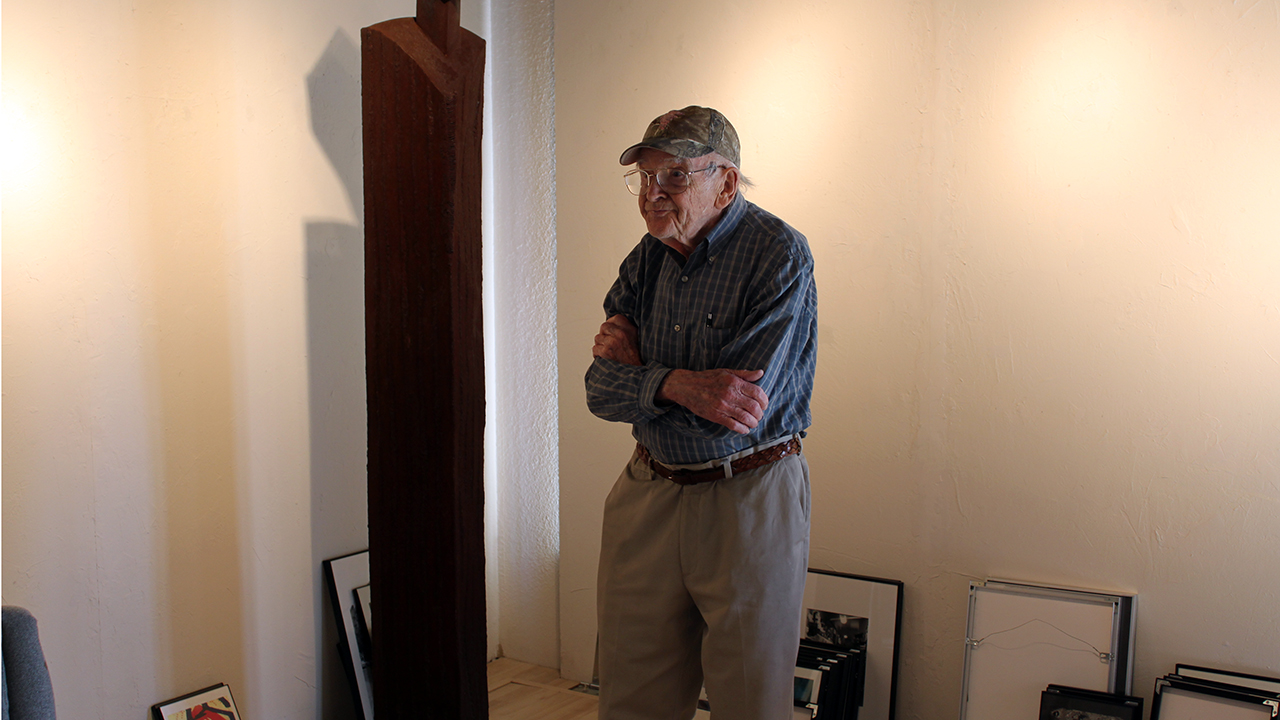 Neither McDuff nor Hyde display the stereotypical temperament of an artist — they're both too irreverent for that.

McDuff said he occasionally makes serious pieces, "but most of the time, they're not serious. I was raised on those tall Texas tales."

McDuff, 67 and somewhat stooped after years of working with heavy steel, likes using silly, sometimes long-winded, often pun-filled titles for his works of found objects and steel — a process, he joked, that is more labor-intensive than actually crafting his sculptures. 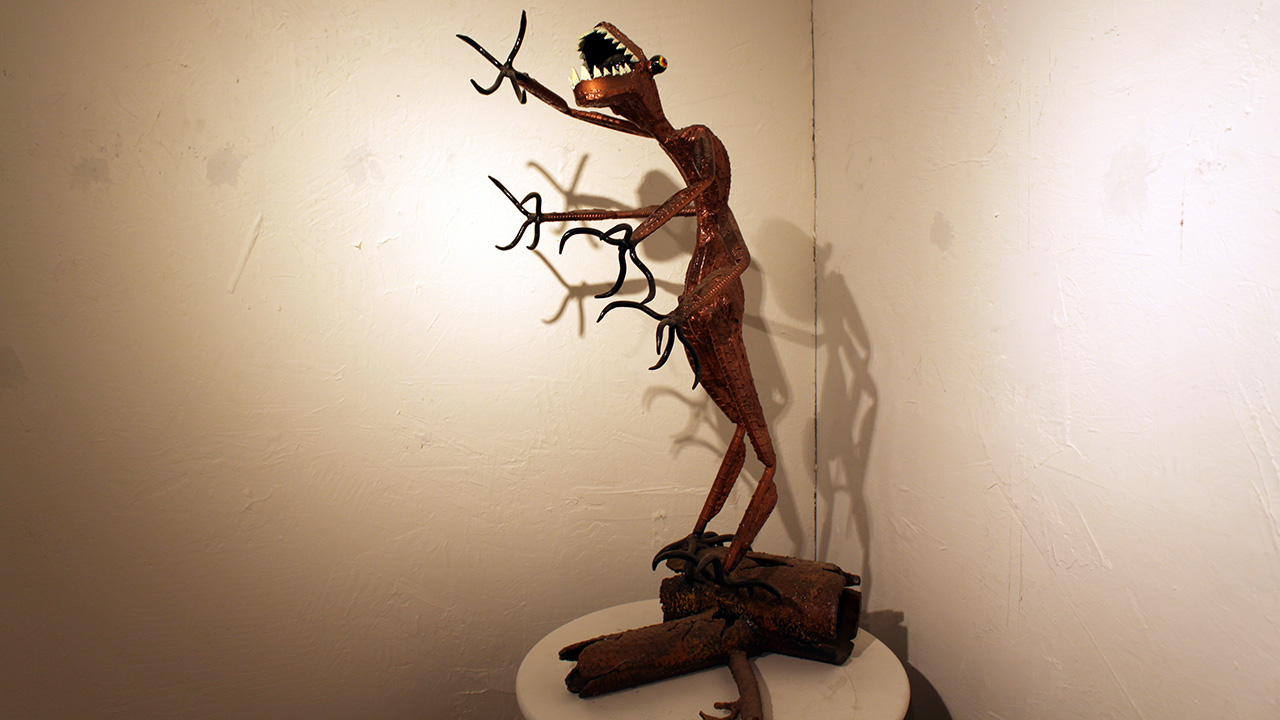 Those catchy titles — "East Texas Bigger Chigger," for example — were McDuff's way of striking up conversation with strangers who started showing up at his art shows: "Amy Winton (another prominent Amarillo artist) explained that I had to talk to people. ... Now, they just try to get me to shut up so they can go on down the road."

"He comes up with a line of jive," Hyde said. "He's wonderful at talking about it."

There's no bull to either artist, Breeden said.

"This is not a criticism of other shows, but it's not all that common you find this kind of honesty," Breeden said. "I think there's honesty in their work and in how they talk about it. They don't have to have 45-page artist statements made up of words no one understands."

"Neither of us are trying to be mysterious," Hyde said. 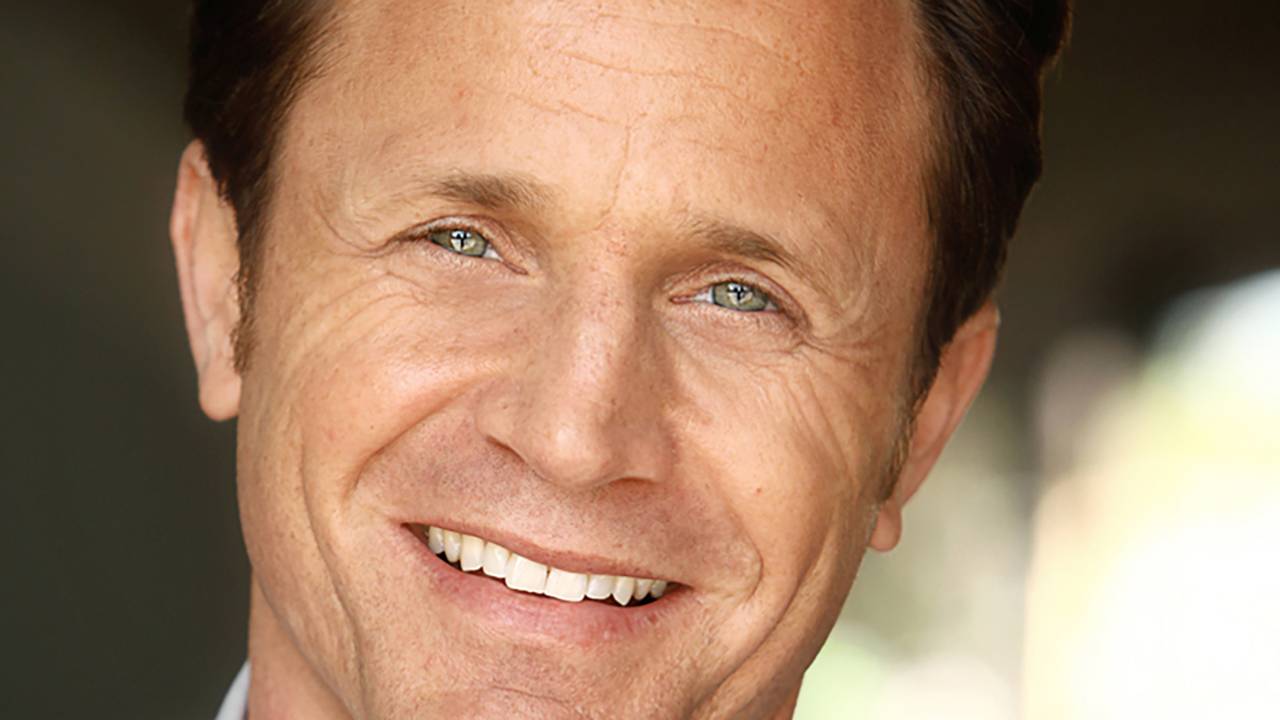 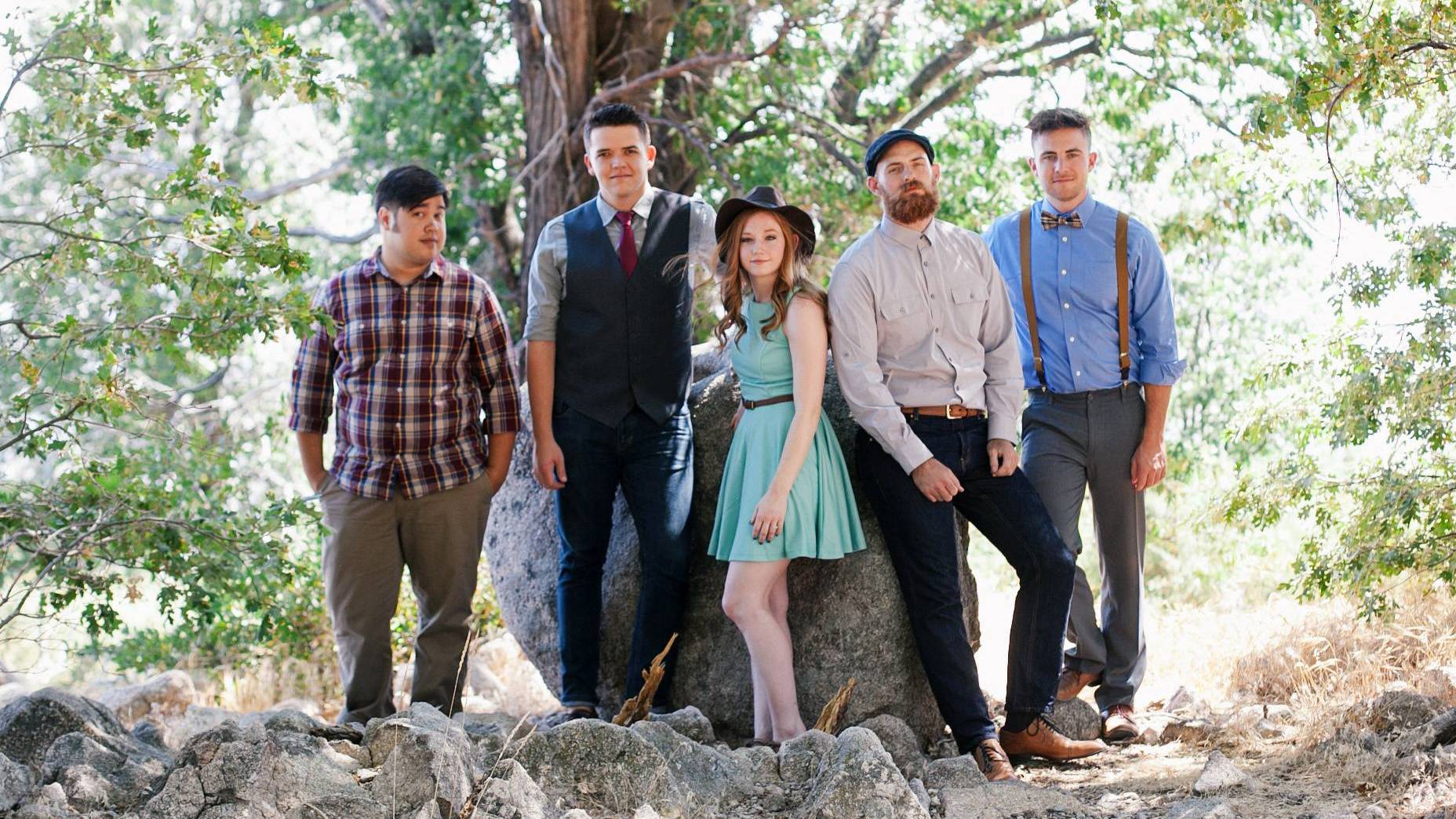