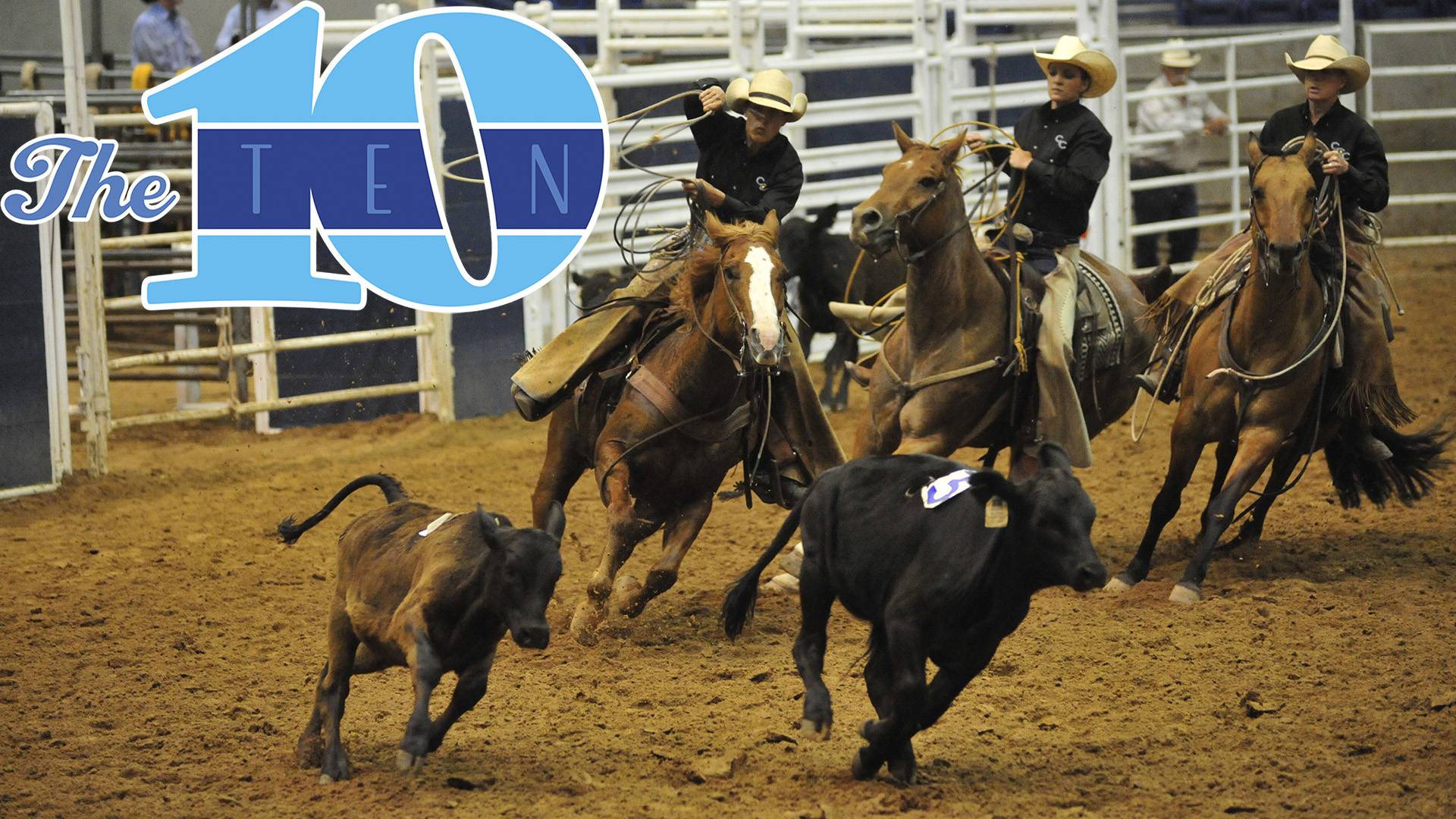 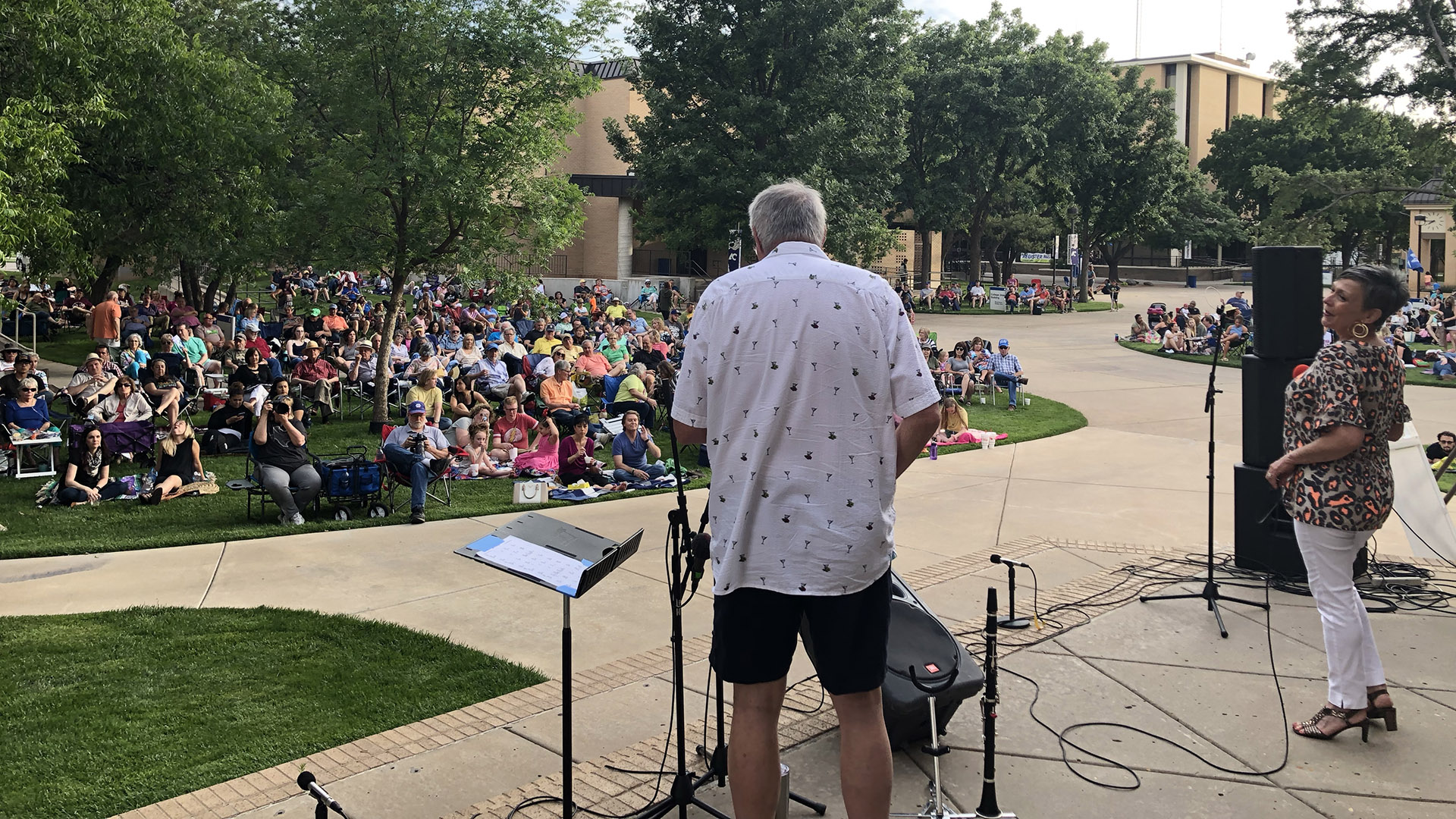 Outdoor music season is singing out again. Amarillo Botanical Gardens' annual Music in the Gardens series will open at 8 p.m. June 6 with The A-Town Rockers at the gardens, 1400 Streit Drive, followed by The Darling Brothers at 8 p.m. June 13. June Jams will feature party band Velvet Funk at 7:30 p.m. June 6 and Amarillo favorites Insufficient Funds at 7:30 p.m. June 13, both on the lawn of the Randall County Courthouse in Canyon. The Starlight Theatre series will continue at 7 p.m. June 11 with Amarillo folk band Mike Fuller & The Repeat Offenders at Sam Houston Park, Line Avenue and Western Street. The Amarillo College June Jazz season will continue with The Martinis at 7 p.m. June 11 on the AC Washington Street campus. Center City of Amarillo's High Noon on the Square will kick off its 25th anniversary with music from the cast of Texas and food from Dickey's BBQ at noon June 12 on the lawn of the Potter County Courthouse, 501 S. Fillmore St. 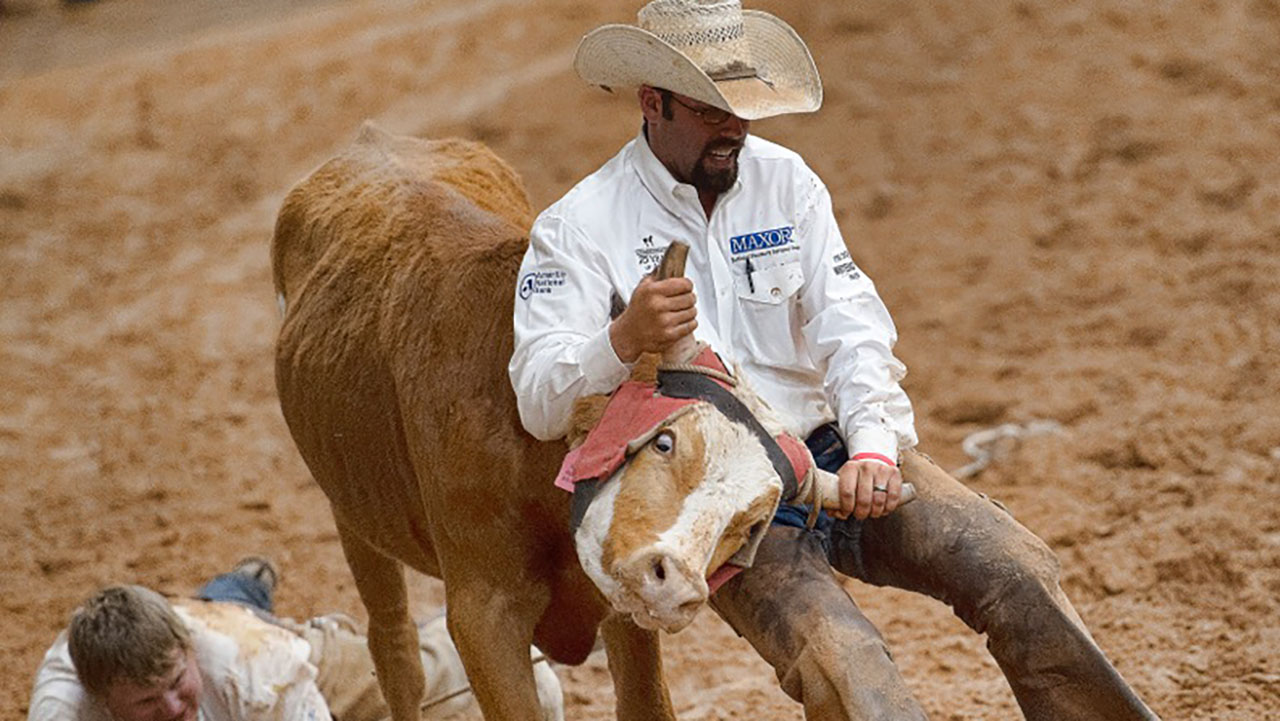 Cowboys from a dozen regional ranches will compete for bragging rights in the annual Coors Cowboy Club Ranch Rodeo from June 7 to 8 in the Amarillo National Center on the Tri-State Fairgrounds, 3301 S.E. 10th Ave. Festivities will kick off at 6 p.m. June 6 with the annual cattle drive through downtown Amarillo. Relatedly, check out the Cowboy Fast Draw Association's southern territorial championship and U.S. National Championship through June 9 at the Rex Baxter Building on the fairgrounds. 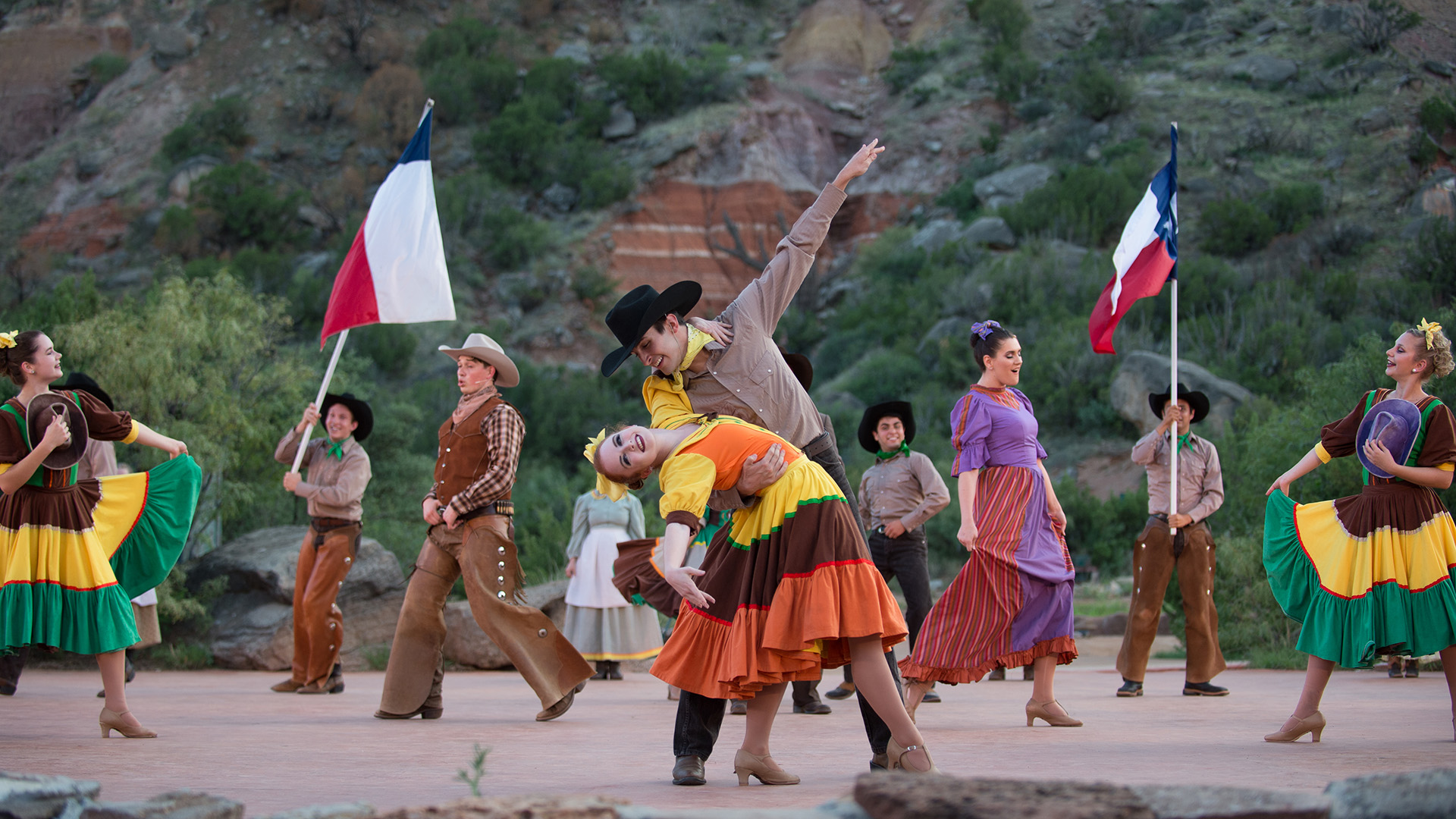 The long-running musical "Texas" boasts some changes this season. It's on stage through Aug. 17.
Courtesy Texas Musical Drama

Opening night got rained out, but the long-running outdoor musical goes on Tuesdays through Sundays through Aug. 17. Performances begin at 8:30 p.m., with optional dinner service at 6 p.m. Another celebration of the region's history will return with Kwahadi Dancers' 75th anniversary performances of Song of the Eagle beginning June 15 (and running Saturdays through July 20). 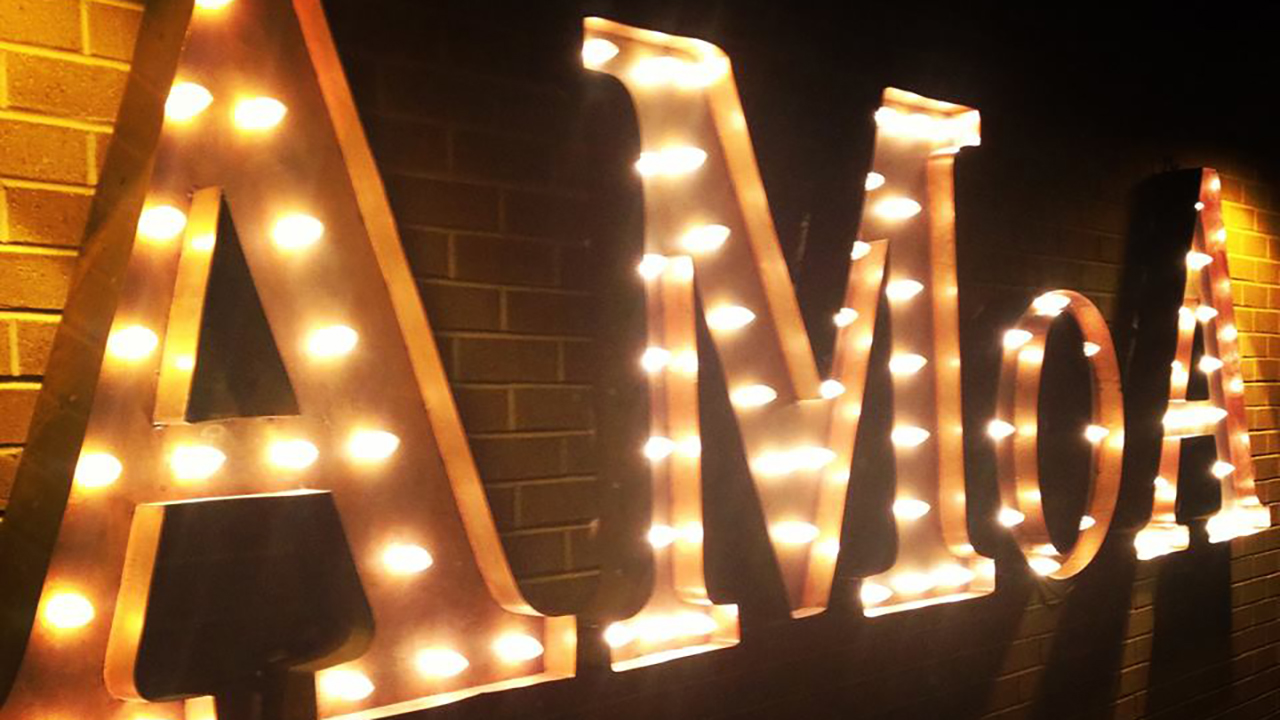 Enjoy a Retro Rewind party at 7 p.m. June 7 at Amarillo Museum of Art, 2200 S. Van Buren St., featuring a Clue gallery hunt, glass etching and vinyl record art, music from Bomb City Sound and more. Plus, check out the museum's most recent acquisitions in a new exhibiiton. Also, families can get a late-night look at Panhandle-Plains Historical Museum at Night at PPHM from 8 to 11 p.m. June 7 at the museum, 2503 Fourth Ave. in Canyon. 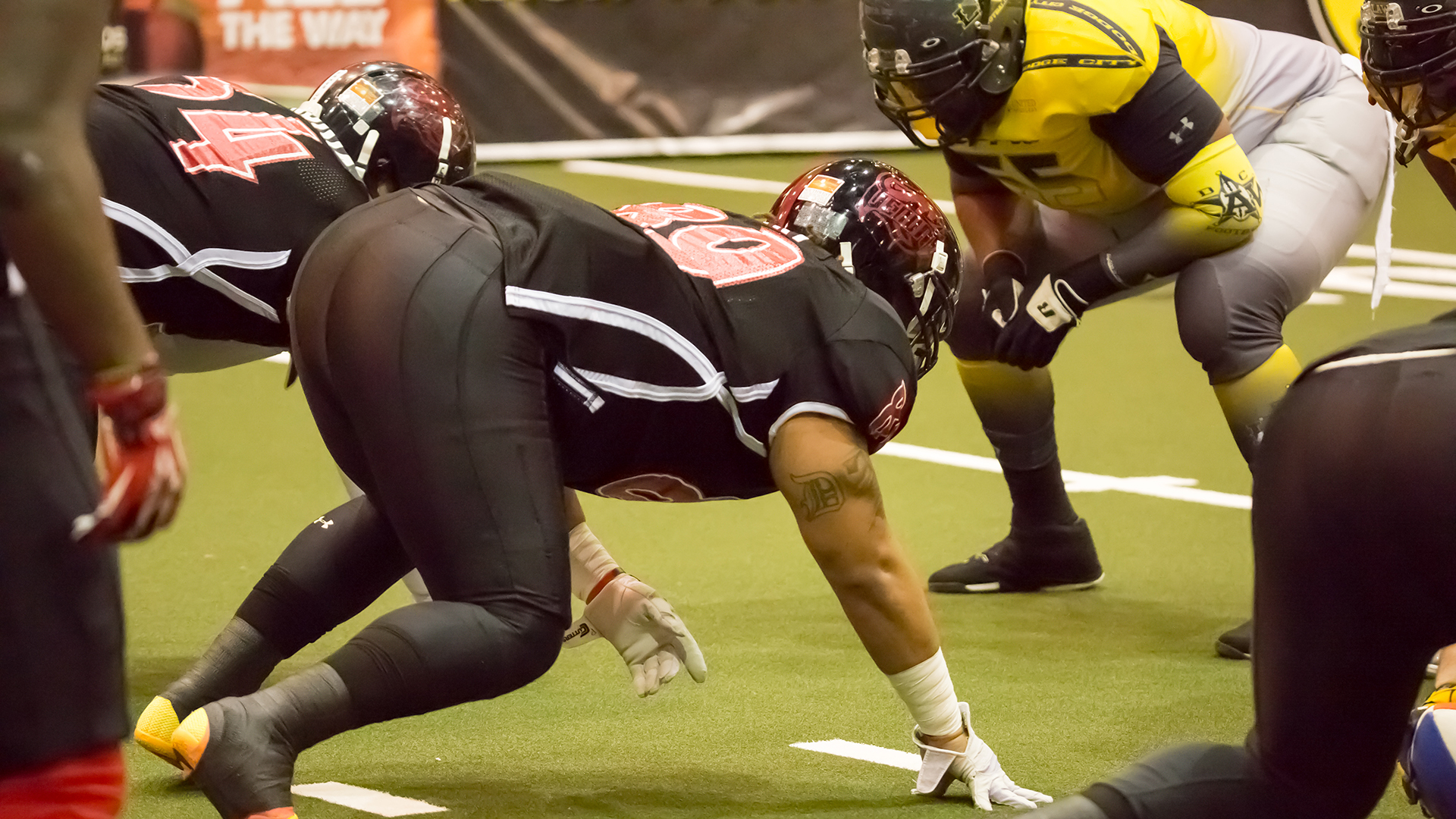 The indoor squad plays some Monday night football with a 6 p.m. June 10 game against the Omaha Beef in the Amarillo Civic Center Complex Coliseum, 401 S. Buchanan St. Other sports action in coming days includes Amarillo Sod Poodles games against the Northwest Arkansas Naturals on June 11 to 13 and the Tulsa Drillers on June 14 to 16, all in Hodgetown, 701 S. Buchanan St., and FC Amarillo Bombers against Lubbock at 6 p.m. June 15 in the Civic Center Coliseum. 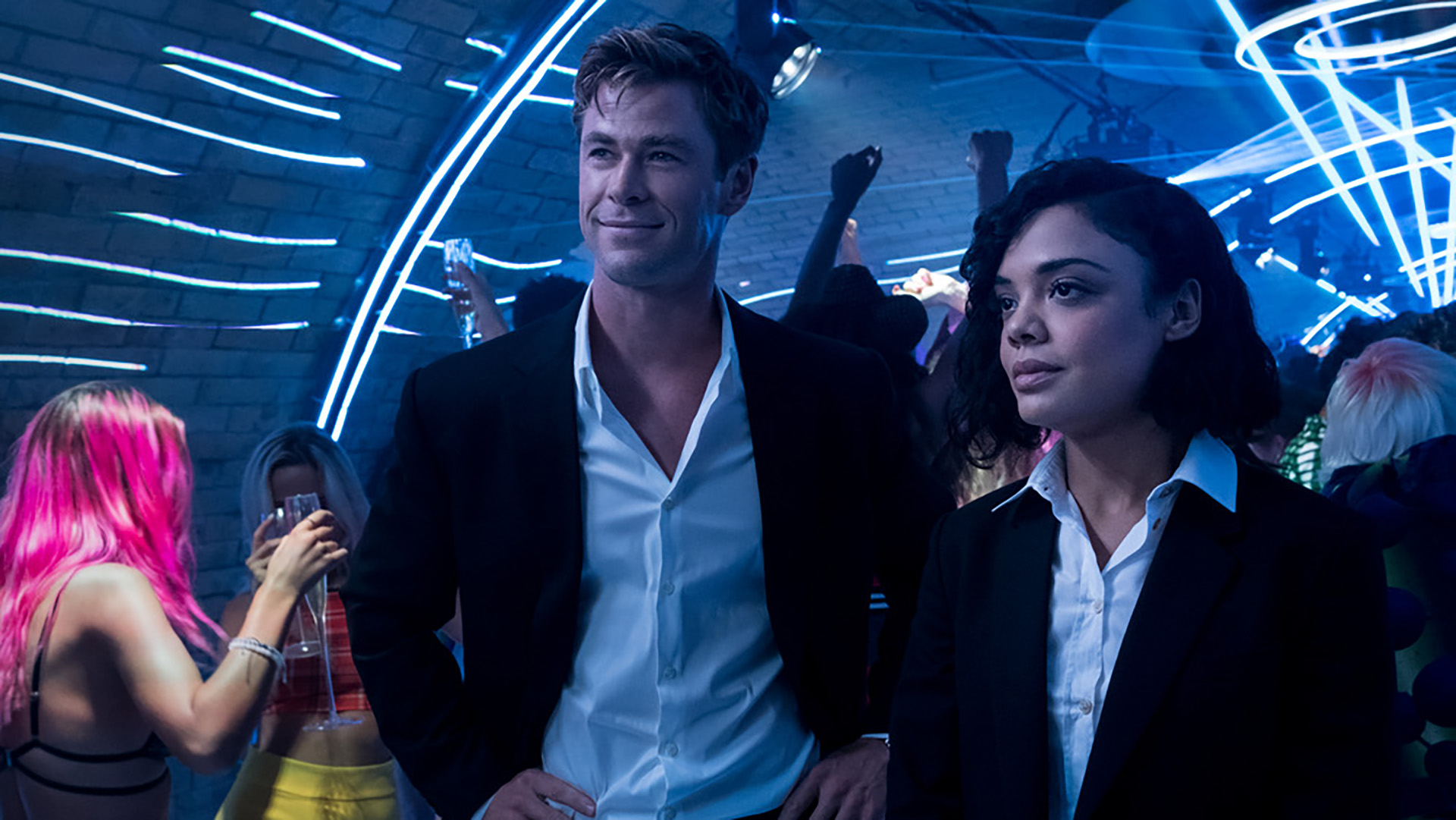 Chris Hemsworth and Tessa Thompson take over the alien hunting business in this franchise-restarter opening the weekend of June 14. Also on screens that weekend: Mindy Kaling's comedy Late Night, starring Emma Thompson as a talk-show host; and a multigenerational continuation of Shaft. Opening the weekend of June 7 are X-Men sequel Dark Phoenix and animated sequel The Secret Life of Pets 2. Special theatrical engagements will include a RiffTrax Live takedown of the sci-fi clunker Star Raiders on June 6 and 11, and cultural acceptance documentary Free Trip to Egypt at 6:30 p.m. June 12. Plus, Panhandle-Plains Historical Museum will screen a stormy mystery movie at 8:30 p.m. June 14 on its lawn, 2503 Fourth Ave. in Canyon, and Amarillo Parks and Recreation will screen The LEGO Movie 2 at 8:45 p.m. June 14 in Memorial Park, 2501 S. Washington St. 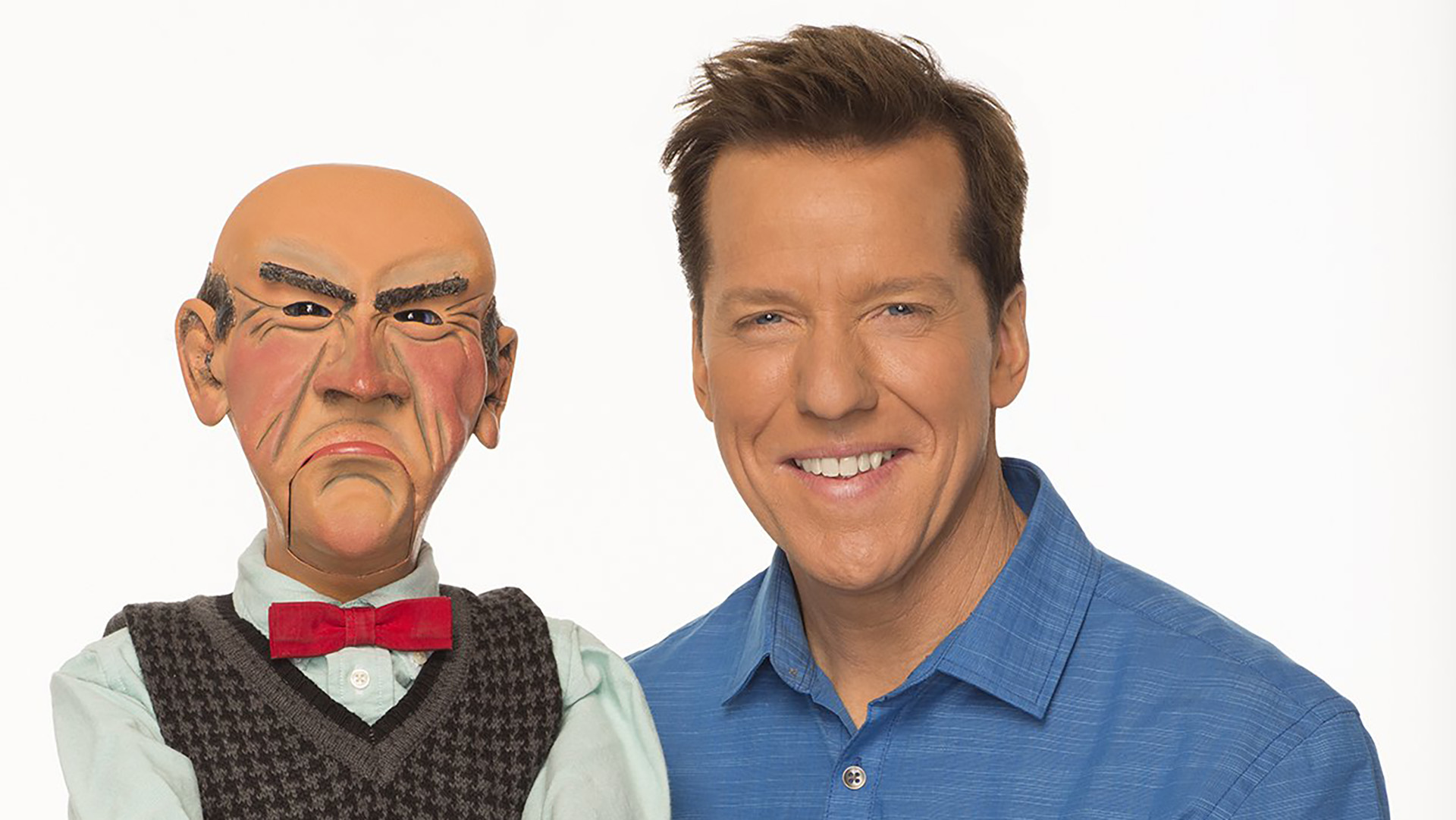 Ventriloquist Jeff Dunham will bring Walter and his other friends to town for a June 14 show in the Amarillo Civic Center Complex Auditorium.
Photo by Richard McLaren

The popular ventriloquist/comedian will return with all his pals for a 7 p.m. June 14 show in the Amarillo Civic Center Complex Auditorium.

8. Asleep at the Wheel 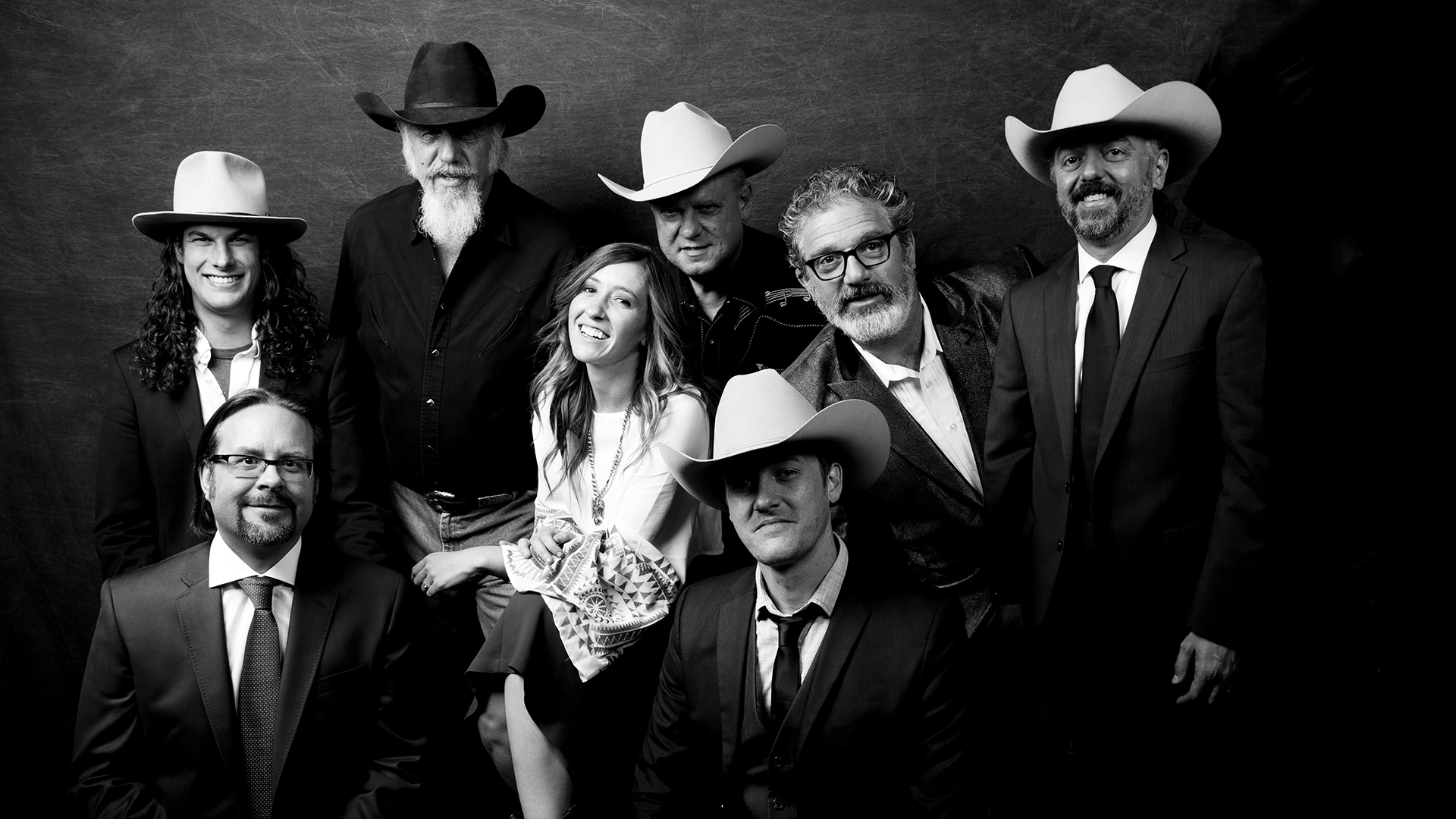 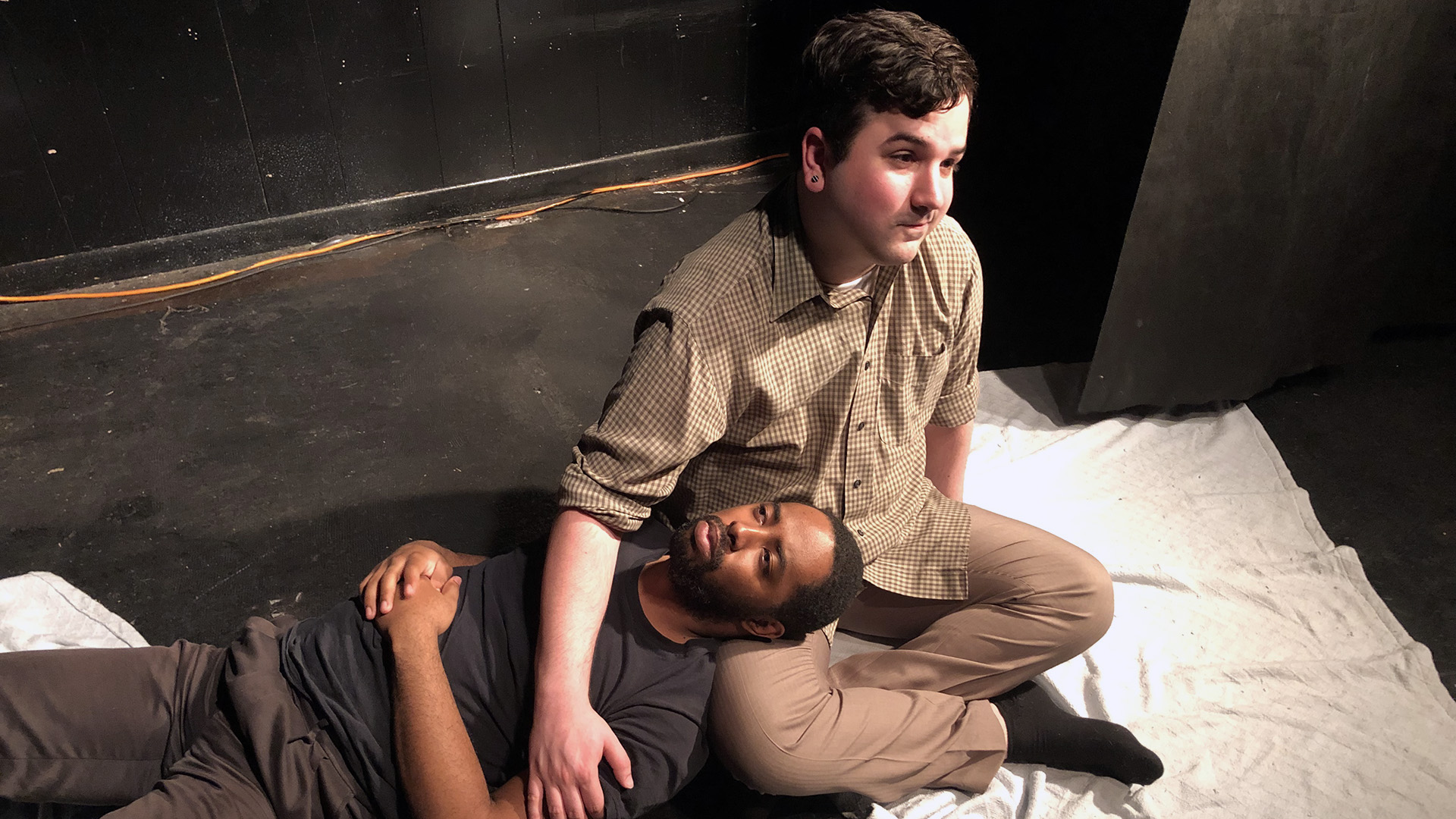 Martin McDonagh's disturbing drama about a writer accused of horrific crimes will be staged at 9 p.m. June 14 and 15 (continuing June 20 and 21) at RR Bar, 701 S. Georgia St.

10. Juneteenth and Route 66: The Heart of Amarillo Festival 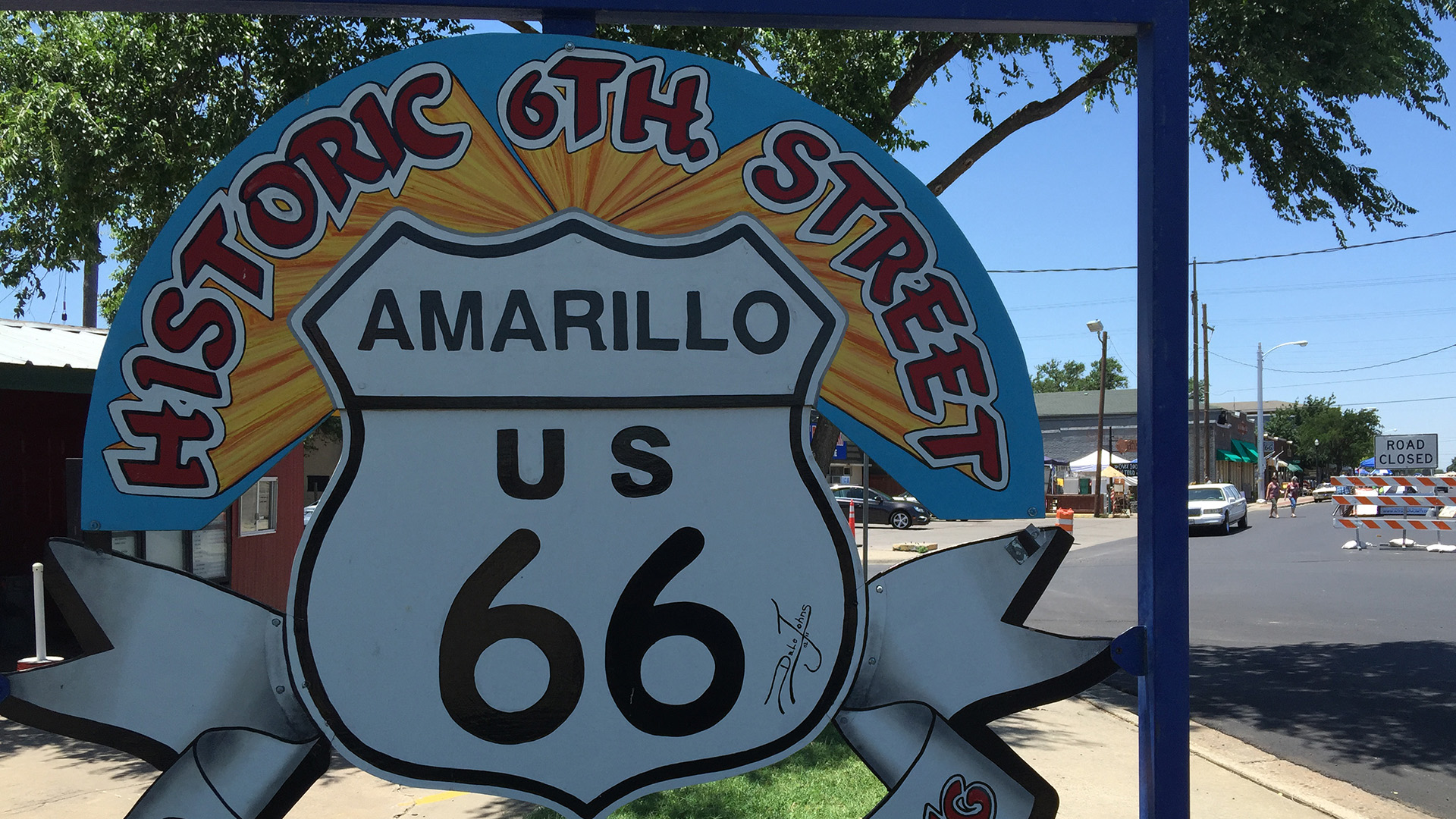 The Route 66: The Heart of Amarillo Festival is set for June 15.
Photo by Chip Chandler

Party in north Amarillo in celebration of the African-American community with events including a 10 a.m. June 15 parade, leading to festivities for the rest of the day (including a 7 p.m. concert by saxophonist Tom Braxton) in Bones Hooks Park. Plus, the San Jacinto community will celebrate the Mother Road from 10 a.m. to 5 p.m. June 15 with a street party between Western and Georgia streets, featuring a car and bike show, live music, swap meets, art shows and more.