Oscar Marathon 2018: Thoughts on films from 'Darkest Hour' to 'I, Tonya' 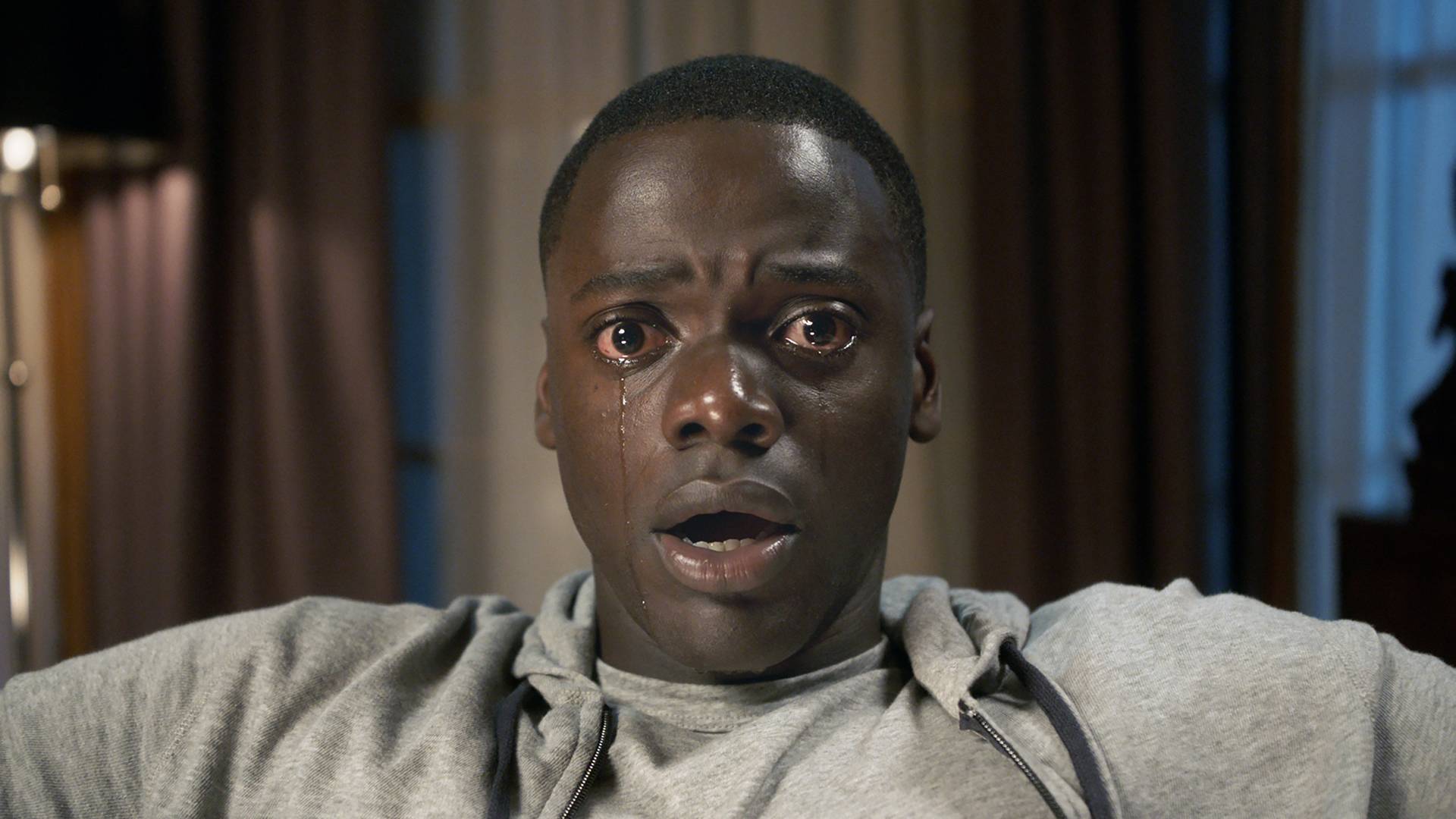 Daniel Kaluuya is Oscar-nominated for "Get Out."
Courtesy Universal
PLAY HERE

My trek through this year's Oscar-nominated films continues with artistic triumphs, box-office titans and some fascinating documentaries.

Darkest Hour: On one hand, there’s nothing surprising about this film raking in nominations: It’s of the Great Man Being Tested genre, and those are always Oscar bait — especially the Great Man Being Tested by War subgenre. On the other hand … no, wait, there is no other hand: There’s nothing at all surprising about this film getting six nominations, including one for best picture. Thankfully, director Joe Wright does make some unexpected choices along the way (it’s a truly gorgeous film, as Wright’s generally are), and Gary Oldman’s performance as the tried and tested Winston Churchill is never boring. He’s not my choice for best actor, but it’s entirely expected that he’s one of the frontrunners. As are his jowls. Here’s my original review. (Nominated for best picture, best actor [Oldman], best cinematography, best costume design, best makeup and hairstyling, and best production design. Seen via screener; available now on digital and Feb. 27 on disc)

The Disaster Artist: For a while there, this seemed to be on the same track as Tim Burton’s Ed Wood: A celebration of an enthusiastic but decidedly subpar artist (The Room star/writer/director/financier Tommy Wiseau in this case) that scores both with audiences and awards voters. But Disaster Artist, as giddily watchable as it is, never really connected with wide audiences, and despite some precursor love, it only scored one Oscar nomination (for Scott Neustadter and Michael H. Weber’s adaptation of Room star Greg Sestero and co-writer Tom Bissell’s memoir). No doubt, the revelation of sexual misbehavior charges against star/director James Franco during the nomination voting period played a role. (Nominated for best adapted screenplay. Seen theatrically at United Artists Amarillo Star 14; no digital/DVD release date announced yet)

Dunkirk: A war movie like none I’ve ever seen, Dunkirk may very well be director Christopher Nolan’s best. It’s certainly reflects his longtime preoccupations with water and the manipulation of time, but mostly, it finds an enthralling new way to tell the story of survival, charity and heroism during wartime. Most of the heroes are nameless, representing the broad swath of British soldiers and civilians who rallied during this most famous of retreats. The editing is intricate, next-level stuff. Here's my original review. (Nominated for best picture, best cinematography, best director [Nolan], best film editing, best original score, best production design, best sound editing and best sound mixing. Seen theatrically at Amarillo Star 14 and Cinemark Hollywood 16; available now on digital and disc)

Faces Places: One of the best side effects of my yearly trek through all of the Oscar nominees is that I’m introduced to filmmakers whose work is unfamiliar to me. Such is certainly the case here with this delightful documentary from Agnés Varda and photographer/artist JR. Varda is one of the pioneers of French New Wave — one of my unfortunate blind spots, and one I look forward to rectifying. This film follows Varda and JR through a jaunt through the French countryside, installing mural-sized photographs of country residents on barns and buildings, but it takes a turn midway through to a valedictory look back on Varda’s career. It’s joyful and profound — a true delight. Here’s my original review. (Nominated for best documentary feature. Seen via screener; showing through Thursday at Premiere Cinemas Westgate Mall 6 and available March 6 on digital and disc)

A Fantastic Woman: This Chilean drama stands out not only because it features a trans actress (Daniela Vega) playing a trans character, but also because director/co-writer Sebastián Lelio focuses not on her transition or coming-out process, but on her actual life. As far as trans representation has come in media, it’s still unusual to see such a story play out thusly, just as it’s still unusual to see it being told by a non-cisgender actor. Vega stars as Marina, who’s in a loving relationship with an older, divorced man who takes ill suddenly and dies. That exposes Marina, who otherwise walks through life with great confidence, to no end of humiliation — from the police, who believe her to be a sex worker and hiding something about Orlando’s death, and most especially from Orlando’s ex-wife and son, who call their relationship a perversion and refuse her access to his funeral. Marina endures, despite long odds, and Vega gives a true star-is-born performance. (Nominated for best foreign-language film. Seen via screener; no digital/DVD release date announced yet)

Ferdinand: Well, this one’s not as bad as The Boss Baby, so that’s something, right? It’s a cute enough retelling of the children’s classic about a bull who would rather smell flowers than fight matadors. John Cena gives a lively vocal performance, but the unimaginative film has nothing on the 1938 Disney short that first adapted the story. (Nominated for best animated feature. Seen theatrically at Hollywood 16; available Feb. 27 digitally and March 13 on disc)

The Florida Project: Of all the nominated films that aren’t Call Me By Your Name, this is the one that lingers with me most. I’ve wondered more than a few times how Moonee (the delightful young newcomer Brooklynn Prince) is making it, and if her loving but thoroughly unprepared mom (Bria Vinaite) has gotten her act together. Director Sean Baker’s greatest achievement in this look at life on the edge isn’t that he makes us feel sorry for his characters; it’s that we fall in love with them and want the best for them, much like Willem Dafoe’s Bobby, the manager at the hotel that’s their last-ditch refuge. I was convinced that this one would be nominated for best picture (with only nine nominees, there’s room for one more), but at least Dafoe was recognized for his empathetic work. Here's my original review. (Nominated for best supporting actor [Dafoe]. Seen theatrically at Premiere Cinemas Westgate Mall 6; available now on digital and Feb. 20 on disc)

Get Out: A February-released horror film by a first-time black director, traditionally, would not be making a strong showing in the Oscar nominations. The power and prescience of Get Out, though, is impossible to deny. Director Jordan Peele, previously best known for his sketch show Key & Peele, crafts an insightful, nauseatingly believable social satire that examines the perniciousness of racism — not the spittle-flecked epithets from neo-Nazis in Charlottesville, but the well-meaning, white-liberal-guilt kind. Daniel Kaluuya is in more of a reactive role than his fellow nominees (and most nominated male actors in general), but without his grounding presence, the full scope of the horror wouldn't be felt. Here's my original review. (Nominated for best picture, best actor [Kaluuya], best director [Peele] and best original screenplay. Seen theatrically at Hollywood 16; available now on digital and disc)

The Greatest Showman: I wasn’t totally wild about this original musical about P.T. Barnum, though Hugh Jackman’s passion in bringing the story to the screen is worth celebrating, and Benj Pasek and Justin Paul’s original songs, particularly the nominated “This Is Me,” are definitely rousing. It’ll hold up well to repeat viewings (as anyone from Amarillo Little Theatre could attest, I’d wager). Here's my original review. (Nominated for best original song. Seen theatrically at Hollywood 16 and still screening there and Amarillo Star 14; no digital/DVD release date announced yet)

Guardians of the Galaxy Vol. 2: Fun, though not quite as much fun as the original. Director James Gunn’s (and his FX team’s) visuals truly do pop, though, and like the overlooked Thor: Ragnarok, to point a new way forward for Marvel films. Here's my original review. (Nominated for best visual effects. Seen theatrically at Hollywood 16; available now on digital and disc)

Icarus: A case of a film evolving wildly beyond its original intent, filmmaker Bryan Fogel originally had in mind a Super Size Me-style film in which he, an amateur cyclist, would dope himself and see how much it impacted his performance on his bike. But he soon got connected to Dr. Grigory Rodchenkov, who ran Moscow's anti-doping efforts in 2014. Why would a man supposed to catch athletes doping themselves want to help an American do so himself? Well, Rodchenkov was actually intimately tied to the state-led doping efforts that involved scores of Russian Olympic athletes, and with Fogel's help, became a whistleblower that set off one of the biggest scandals in sports history. Fogel's camera is there to capture every step along the way, from goofy Skype sessions with Rodchenkov to an impossibly tense meeting with the World Anti-Doping Agency when the full scope of Russia's actions become clear. It's an astounding film. (Nominated for best documentary feature. Seen via Netflix)

The Insult: Lebanon's first-ever Oscar nominee, this heated drama starts with a tossed-off vulgarity that (perhaps a bit unbelievably) escalates into a conflict that spills out from the courtrooms into the streets. Yasser (Kamel El Basha) is a Palestinian refugee doing municipal repairs who advises Christian car mechanic Tony (Adel Karam) to fix a drainpipe; when Tony slams the door in his face, Yasser has his crew fix the pipe themselves, only to see Tony smash the repairs to bits — leading Yasser to call Tony a "f---ing prick." Tony's infuriated, Yasser's unwilling to apologize, and the conflict continues until Tony tells Yasser, "I wish Ariel Sharon had wiped you all out," and Yasser responds by cracking his ribs. Eventually, lawyers get involved — the flamboyant Christian activist Wajdi Wehbe (Camille Salameh) on Tony's side, his daughter Nadine (Diamand Bou Abboud) on Yasser's. The metaphor for the ongoing religious tensions in Lebanon is a bit too neat, and the inciting incident is a bit too, well, ridiculous. But director Ziad Doueiri doesn't settle for any easy heroism on either side, even though the characters come off a little one-note at times. (Nominated for best foreign film. Seen via screener; available May 1 on digital and disc)

I, Tonya: A pitch-dark tragicomedy, I, Tonya somehow deftly juggles shock humor, an indictment of modern media witch hunts, and empathy for a previously shunned woman. Margot Robbie is thoroughly committed as Tonya Harding, asking for but frequently rejecting our pity, and absolutely defiant to the end. Allison Janney's LaVona cares even less about your sympathy; this hard-souled mother is only looking out for herself. Extremely entertaining to watch, this film by director Craig Gillespie succeeds because it doesn't look for any easy answers. Here's my original review. (Nominated for best actress [Robbie], best supporting actress [Janney] and best editing. Seen via screener and showing now at Amarillo Star 14; available March 2 digitally and March 13 on disc) 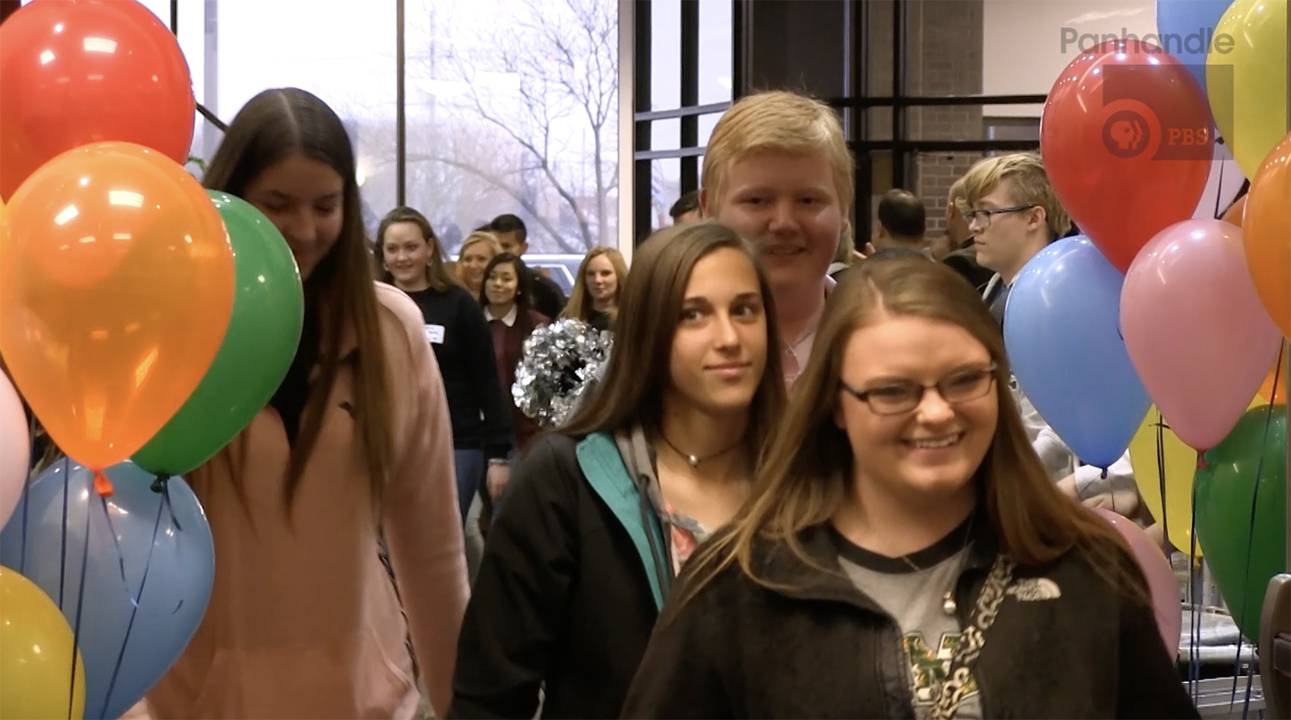 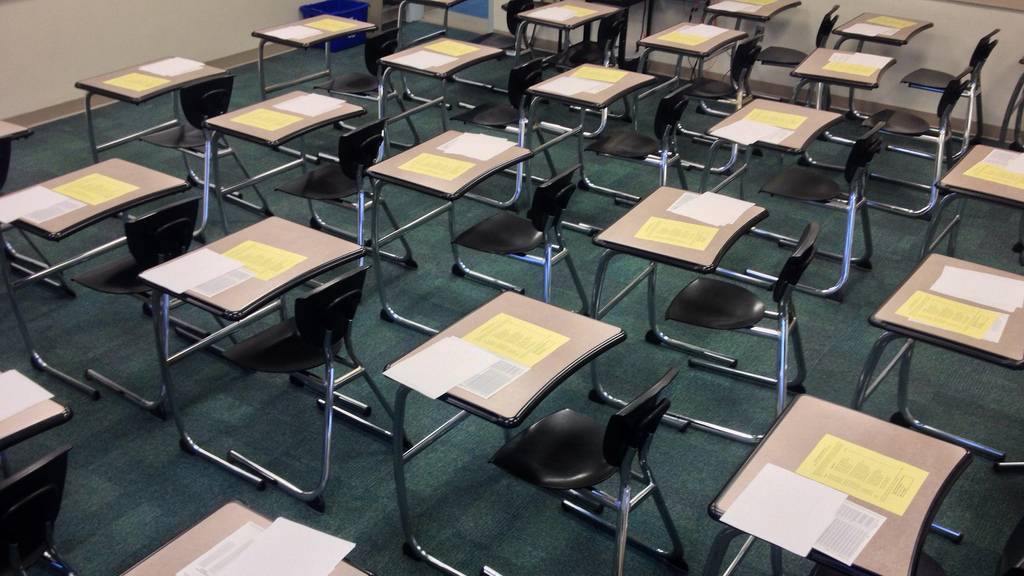