Cancer: The Emperor of all Maladies

The three-part, six-hour documentary directed by award-winning filmmaker Barak Goodman and executive produced by Ken Burns, based on the Pulitzer Prize-winning book The Emperor of All Maladies: A Biography of Cancer by Siddhartha Mukherjee, M.D. premiered March 30th, 31st and April 1st on Panhandle PBS and PBS member stations nationwide.

This “biography” of cancer covers its first documented appearances thousands of years ago through the epic battles in the 20th century to cure, control and conquer cancer. The project matches the epic scale of cancer, reshaping the way the public sees cancer and stripping away some of the fear and misunderstanding that has long surrounded it. The series is a both a riveting historical documentary, an engrossing and intimate vérité film that focuses on current patients, and a scientific report.

Watch the program online below:

Visit the Interactive story wall and connect with others.

How does a nurse navigator help cancer patients throughout his/her treatment?

Dr. Pruitt talks about how far along breast cancer treatment has come.

John Montville, Director at Harrington Cancer Center, talks about why it's important fo...

After ignoring symptoms, David Lovejoy went to the doctor only to discover he had colon...

Larry talks about his battles with skin cancer.

Cathy talks about her battle with cancer.

After a false cancer diagnosis, Ryan Parnell and his wife wanted to make a difference.

Panhandle PBS's engagement support for Cancer: The Emperor of All Maladies is provided through WETA from the following national funders: 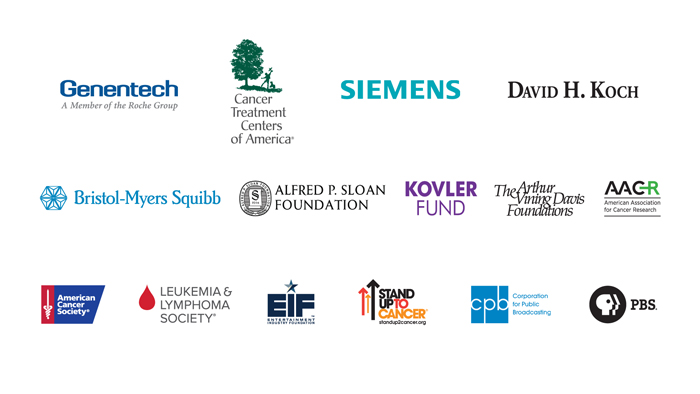