Posted by Jacob Sanchez and John Reynolds - The Texas Tribune on 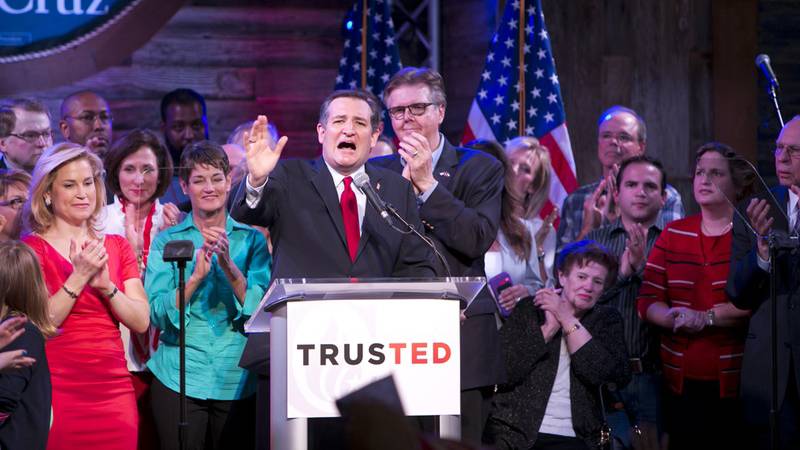 With Marco Rubio out of the GOP presidential field, Ted Cruz is amping up his criticism of Ohio Gov. John Kasich, the last candidate standing between the Texas senator and his hoped for two-man race with billionaire Donald Trump.

"A vote for John Kasich is a vote for Donald Trump," Cruz told reporters Saturday in Utah, as reported by the Tribune’s Patrick Svitek. "I don't know if John Kasich is perhaps campaigning to be Donald Trump's vice president, but he has been eliminated mathematically from having any chance of being the nominee."

Kasich’s continued presence could turn out to be significant this week because of the upcoming nominating contests on Tuesday in Utah and Arizona.

“In Utah, Kasich's presence could be particularly problematic for Cruz, who is hoping to capture a majority of the vote, the threshold to win all of the state's 40 delegates,” Svitek wrote. “Cruz suggested Friday that Kasich could keep him from winning more than 50 percent of the vote, creating a scenario in which the delegates are likely awarded on a proportional basis to all three candidates.”

A familiar name, Rick Perry, also made the rounds over the weekend as a New York Times report mentioned a meeting of conservative activists where the former Texas governor’s name was put forward “as a possible third-party candidate.”

The Tribune’s Abby Livingston, though, reported that Perry’s former campaign manager moved to douse the rumor on social media on Sunday.

And, as Livingston reported, “according to well over a dozen Texas Tribune interviews with state and national GOP political operatives on Saturday, the effort to draft Perry appeared to be limited in scope and mostly theoretical. “