Movie Watch: Amarillo film options for Jan. 6 and beyond 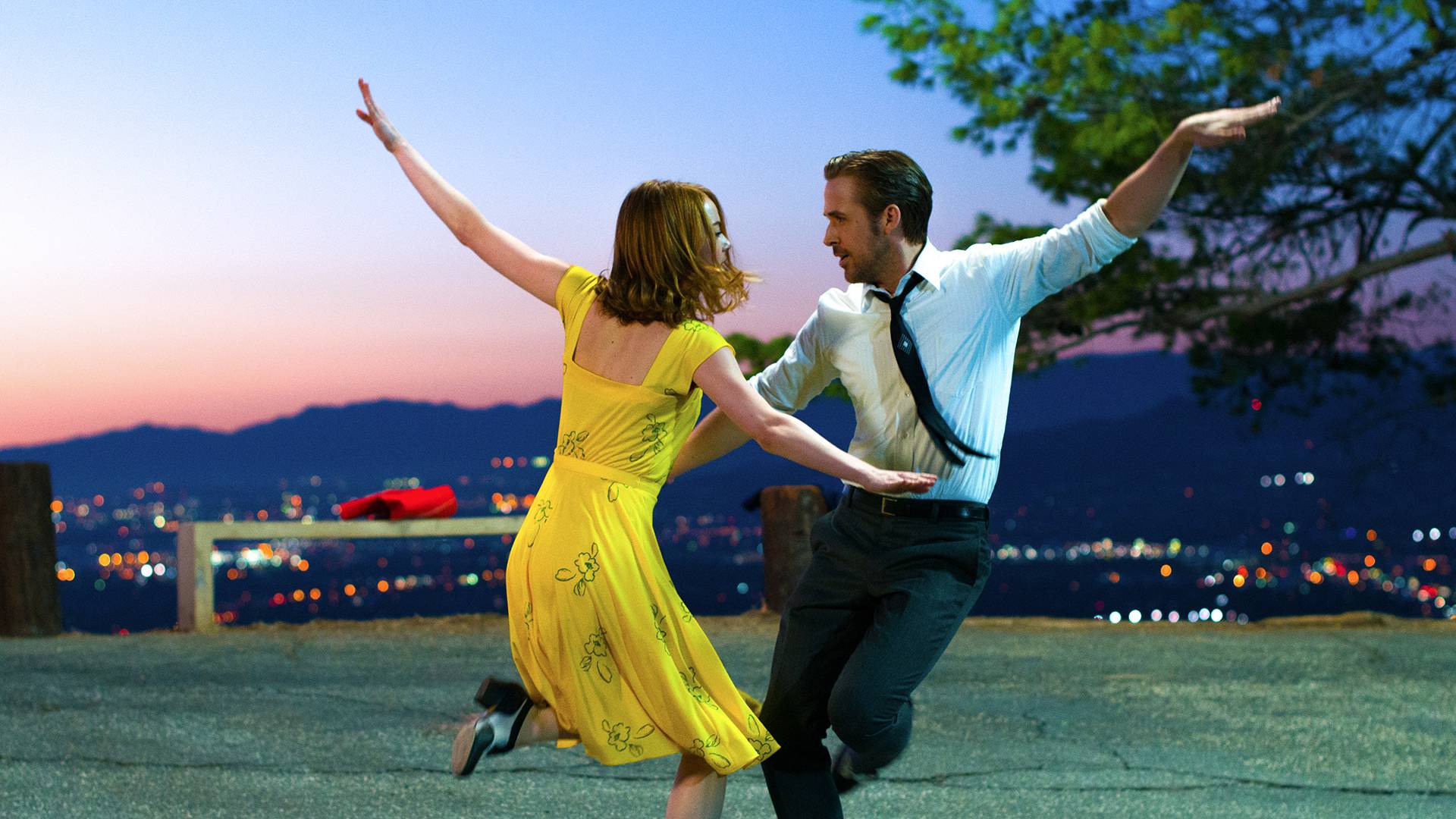 Some of 2016's best make their way to Amarillo theaters this week. 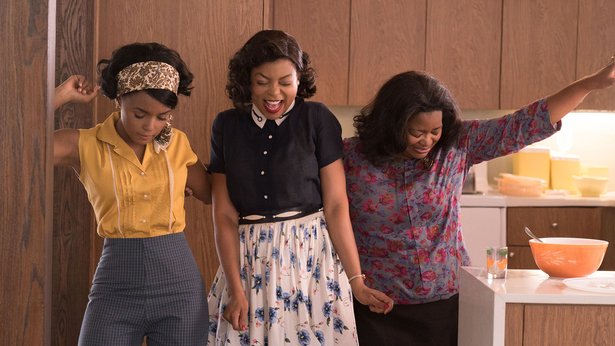 The overlooked but crucial work done by African-American women at NASA is celebrated in this highly buzzed-about new feature starring Taraji P. Henson, Octavia Spencer and Janelle Monae. Though their contributions were minimized in NASA's history until recently, they played a crucial role in getting John Glenn (played here by Glen Powell) into space. "In telling the story of three mathematicians whose beautiful minds were integral to getting NASA astronauts into space and back down again, the movie not only stirringly celebrates intelligent women of color (and the very idea of science itself), but it also offers a more realistic-seeming portrayal of racism than we generally get in American movies," writes The Wrap's Alonso Duralde. (PG for thematic elements and some language; United Artists Amarillo Star 14, 8275 W. Amarillo Blvd., and Cinemark Hollywood 16, 9100 Canyon Drive) 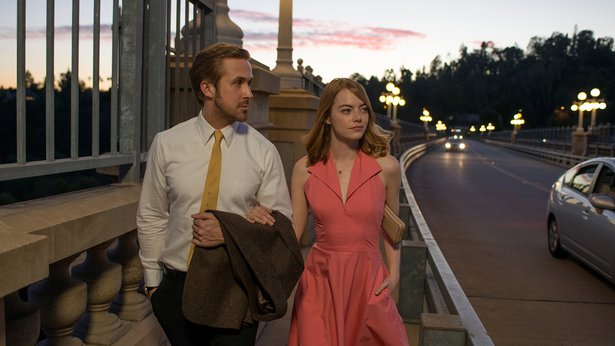 A frontrunner for the Academy Award for Best Picture, the film ranked No. 6 on Metacritic's roundup of critics' list of the best films of 2016. And after watching the film Thursday in a preview screening before a nearly packed house, it's easy to see why.

The film opens on a high, with a spontaneous dance number on a jammed Los Angeles freeway, with more and more drivers hopping out of their cars to sing and dance in what appears to be a continuous shot. It clues the audience immediately that this is a modern take on the old-school film musicals, where they don't bother with couching the song breaks in dream sequences: Here, the characters sing because there's no better way to express themselves.

The story follows a jazz pianist (Ryan Gosling) who, like most jazz pianists I've ever met, has palpable disdain for anything popular, and a struggling actress (Emma Stone) who's constantly going in for auditions that lead to nothing but humiliation. They meet cute during that traffic jam, flipping each other the bird, then again when Gosling's Sebastian is canned from his job playing Christmas jingles at a restaurant. They can't deny their attraction to one another (and really, who could? Look at them!), finally agreeing to a date that goes magically well, though the relationship that follows is not entirely happy.

Writer-director Damien Chazelle and his stars play the story entirely straight — earnestly, even. It's a tone that fits the story well, because the ultimate conflict boils down to whether Sebastian and Mia have the gumption and fire required to follow their dreams, even if that means making compromises and sacrifices. That's a simple, timeless tale that needs no ironic wink.

Sebastian must decide whether it's worth it to continue holding onto his high-minded ideals about jazz or to go work for a more commercially popular band led by an old schoolmate (John Legend). Mia, after writing herself a one-woman play that barely attracts an audience, must decide whether to even continue acting at all.

Stone, in particular, is a marvel. There's one audition scene that sticks with me in particular, when she's reacting to a pretend call on her phone, with 100 different emotions flashing across her face and with her ever-expressive eyes filling with tears. And then, in a song that kicks off a breathtaking final sequence, Stone absolutely breaks your heart yet again.

Gosling can sometimes be a little too laid-back on screen, but he positively comes to life opposite Stone (for a third time, after Crazy Stupid Love and Gangster Squad). His character isn't as naturally sympathetic as Stone's — in fact, he's a prickly jerk in a lot of ways — but we feel for him and his struggles just as clearly as we do for Mia's.

Neither is a real song-and-dance person, and that's OK: Chazelle isn't going for a Broadway-style sensational musical but instead a more realistic but emotionally heightened one like Jacques Demy's The Umbrellas of Cherbourg or The Young Girls of Rochefort. Don't let that scare you off, though: La La Land is pure cinematic bliss. (PG-13 for some language; AS-14) 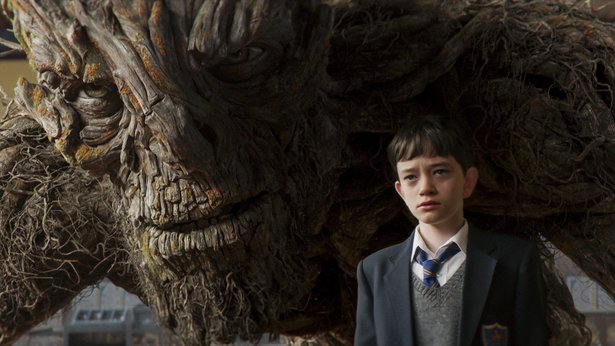 Conor (Lewis MacDougall) is shadowed by The Monster (performed and voiced by Liam Neeson) in "A Monster Calls."Courtesy Focus Features

Based on the novel by Patrick Ness (who adapted it for the film's screenplay), the latest from director J.A. Bayona is an imaginative, allegorical story of a boy's (Lewis MacDougall) attempts to understand what is going on with his seriously ill mother (Felicity Jones). Into his life, crashing out of a giant yew, is a tree monster (voiced by Liam Neeson) who promises to tell Conor three stories in exchange for one of his own. "We don’t know it at first, but we suspect it: all the adults in Conor’s family, however well-intentioned, are lying to him. His visits from his tree frenemy help him to reckon with that, albeit in an unconventional way," writes RogerEbert.com's Glenn Kenny. "Despite its shortcomings, there are things about this film that are hard to shake; the movie’s ultimate wisdom and overarching compassion make it very likely that you won’t want to shake them, after all." (PG-13 for thematic content and some scary images; AS-14, H-16) 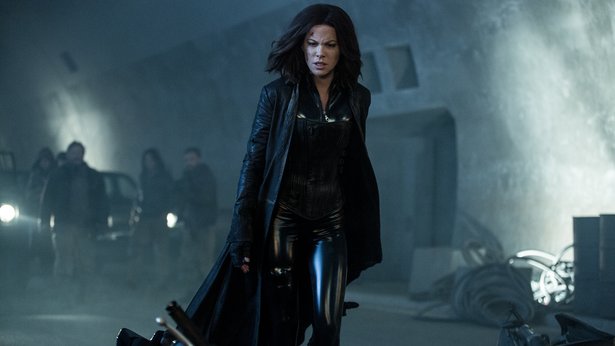 This undead, chrome-tinted franchise brings back Kate Beckinsale as the deadly Selene, who again tries to bring an end to the war between Lycans and vampires, aided only by a pair of allies (Theo James and Charles Dance). The film hasn't been screened for American critics, but the reception hasn't been glowing overseas: "(D)espite the evocative rebirth scenes, there’s something half-formed about the Blood Wars narrative," writes Vicky Roach of Australia's Daily Telegraph. (R for strong bloody violence, and some sexuality; AS-14, H-16)

Note: Despite the listings on Fathom Events' website, the Hollywood 16 has not yet resumed screening The Met: Live in HD or the TCM Big Screen Classics series. The theater's remodeling continues, and those series and others should resume when all 16 screens are again open, manager James Owens said.

Celebrate the 60th anniversary of this problematic but undeniably gorgeous Rodgers & Hammerstein musical about a violent carnival barker (Gordon MacRae) and the young millworker (Shirley Jones) whom he loves. MacRae's Billy Bigelow is given one day back on Earth to make things right for Julie Jordan and make amends to the young daughter he left behind upon his death. It'll screen at 2 and 7 p.m. Sunday and Wednesday. (NR; AS-14)

The Bowden Dynasty: A Story of Faith, Family & Football

The one-night-only screening of this documentary about famed Coach Bobby Bowden and his remarkable success with the Florida State Seminoles will include coverage of red-carpet arrivals and a Q&A with Bowden and his family. It'll screen at 5 p.m. Sunday at the Amarillo Star 14. (NR; AS-14)

One of anime director Hayao Miyazaki's most acclaimed films gets a 20th-anniversary screening at 7 p.m. today and Monday. (Tonight's screening is subtitled in English; Monday's is dubbed.) The film finds young warrior Ashitaka teaming with the enigmatic Princess Mononoke, a young girl raised by wolves, to save her home in the woods and the forest spirits and animal gods who live there. (PG-13 for images of violence and gore; AS-14)

The latest installment in a popular anime series will be screened at 7:30 p.m. Tuesday, Thursday and Jan. 17 at the Amarillo Star 14. In the film, Captain Luffy arrives in Gran Tesoro, an entertainment destination that's a haven for criminals, pirates and other ne'er-do-wells. (NR; AS-14)