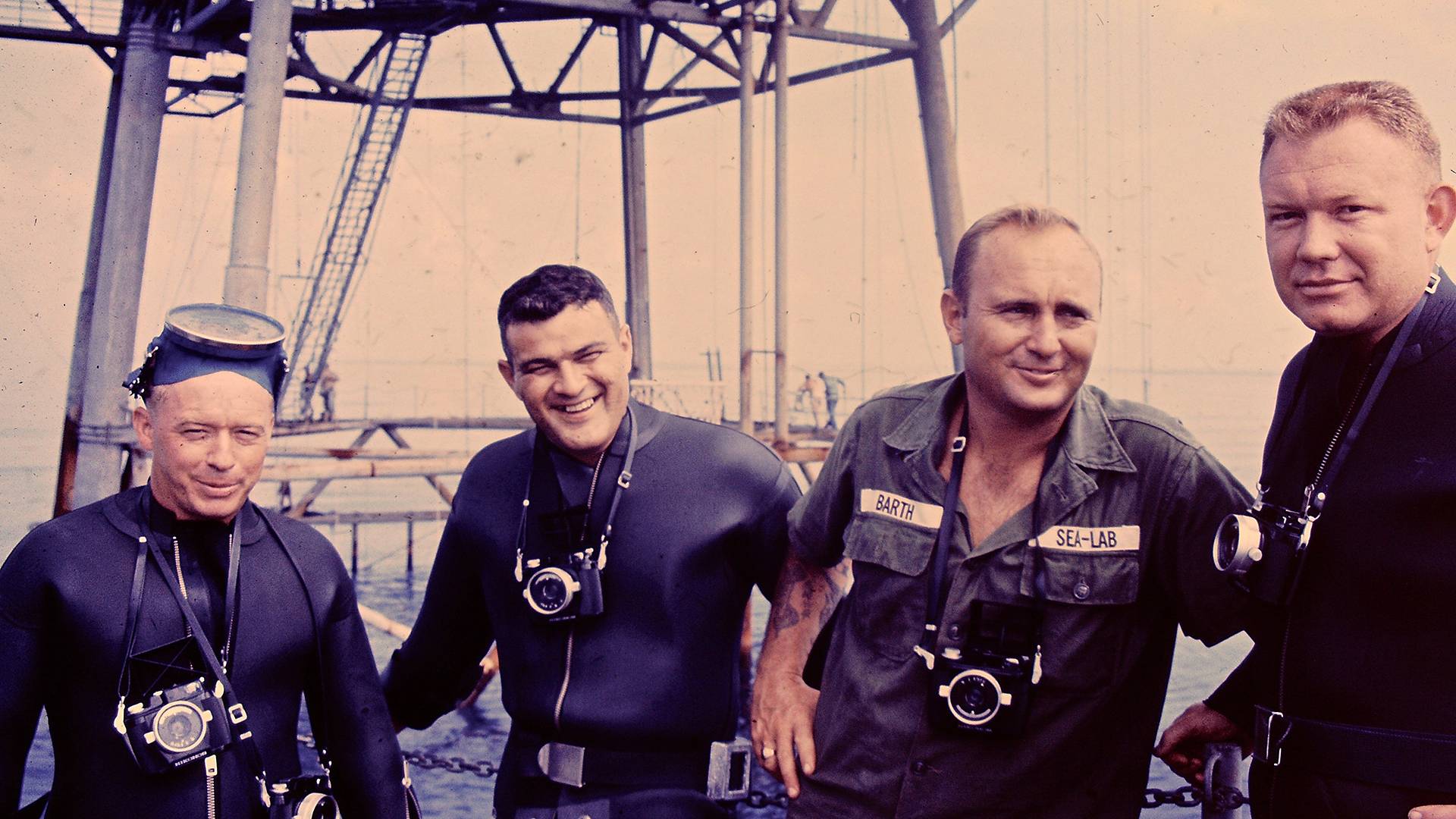 Sealab tells the mostly forgotten story of the U.S. Navy’s daring program that tested the limits of human endurance, revolutionized the way humans explored the ocean and laid the groundwork for undersea military missions to come.

Based in part on the book SEALAB: America’s Forgotten Quest to Live and Work on the Ocean Floor by Ben Hellwarth, the film will premiere at 8 p.m. Feb. 12 on American Experience. (It was originally scheduled to debut Feb. 5 but was moved to accomodate the rescheduled State of the Union address.)

In the spring of 1964, Scott Carpenter — already famous for being the second American to orbit the earth —  was preparing for a new mission, not into space as an astronaut but into the sea as one of the Navy’s newly-minted “aquanauts.” Divers who attempted to chart the ocean’s depths faced barriers that had thwarted humans for centuries: near total blackness, bone-jarring cold, and intense pressure that could disorient the mind and crush the body.

Aboard Sealab, Carpenter and his fellow explorers would attempt to break through those barriers – going deeper and staying underwater longer than anyone had done before.  Their daring exploits were beginning to capture the nation’s attention, but a deadly tragedy would prematurely end their pioneering work.

An audacious feat of engineering — a pressurized underwater habitat, complete with science labs and living quarters — Sealab aimed to prove that humans were capable of spending days or even months at a stretch living and working on the ocean floor.  The project was led by George Bond, a former doctor from Appalachia turned naval pioneer who dreamed of pushing the limits of ocean exploration the same way that NASA was pushing the boundaries of space exploration.

The challenge was to counteract the danger from the effects of atmospheric pressure underwater which compresses air – the further a diver descends, the more the air molecules in his lungs become concentrated. Under the increasing pressure, the air molecules are absorbed into the blood and tissues, but too much oxygen becomes toxic and causes convulsions; too much nitrogen causes a woozy fog that can be deadly. Equally dangerous are the problems compressed air can create as the diver resurfaces: ascending too quickly releases the gas as bubbles, causing the crippling and often fatal cramps known as “the bends.” Sealab would pioneer was is known as “saturation diving,” which would allow divers to remain undersea — and emerge unscathed — for more extended periods of time.

In 1963, Cold War tensions were high, and the Navy was determined to match the Soviets’ capability in submarine warfare. When one of America’s newest atomic submarines, the U.S.S. Thresher, developed mechanical problems and sank in more than 8,000 feet of water, its hull crushed by the immense pressure, Bond’s work became a top priority.

Within a year, Sealab I, manned by five aquanauts including Carpenter, was lowered to the ocean floor off Bermuda. After ten days, the men emerged safe and sound. They would next test Sealab in a far more inhospitable domain – one that would push the men to the very edge of human endurance.

Sealab II consisted of three teams of aquanauts each taking turns living on the ocean floor for 15 days. They set up weather stations, tested new electrically heated wetsuits, and attempted to salvage the sunken fuselage of a fighter jet. But the work was exhausting, disorienting and dangerous. When Sealab II finally resurfaced on October 11, 1965, it had been continuously staffed for 45 days, including Scott Carpenter’s record stay of 30 days.

As Cold War tensions heightened,  the game of nuclear brinksmanship continued in the ocean with saturation divers increasingly playing a part in espionage. But when Sealab III was lowered to the sea floor off the coast of San Clemente, Calif., on Feb. 15, 1969, there were immediately problems, and aquanaut Berry Cannon perished. Although the Sealab program was subsequently suspended and completely shut down in 1970, the lessons learned were used in numerous covert Naval operations for years to come.

“Although the Sealab program has been largely forgotten, its findings were invaluable, proving that humans could actually live and work successfully for long periods of time at the bottom of the sea,” said executive producer Mark Samels. “Making this film, with the on-screen participation of several of the aquanauts who were instrumental to the program, will hopefully help restore Sealab to its rightful place in the history of America’s legacy of exploration.”