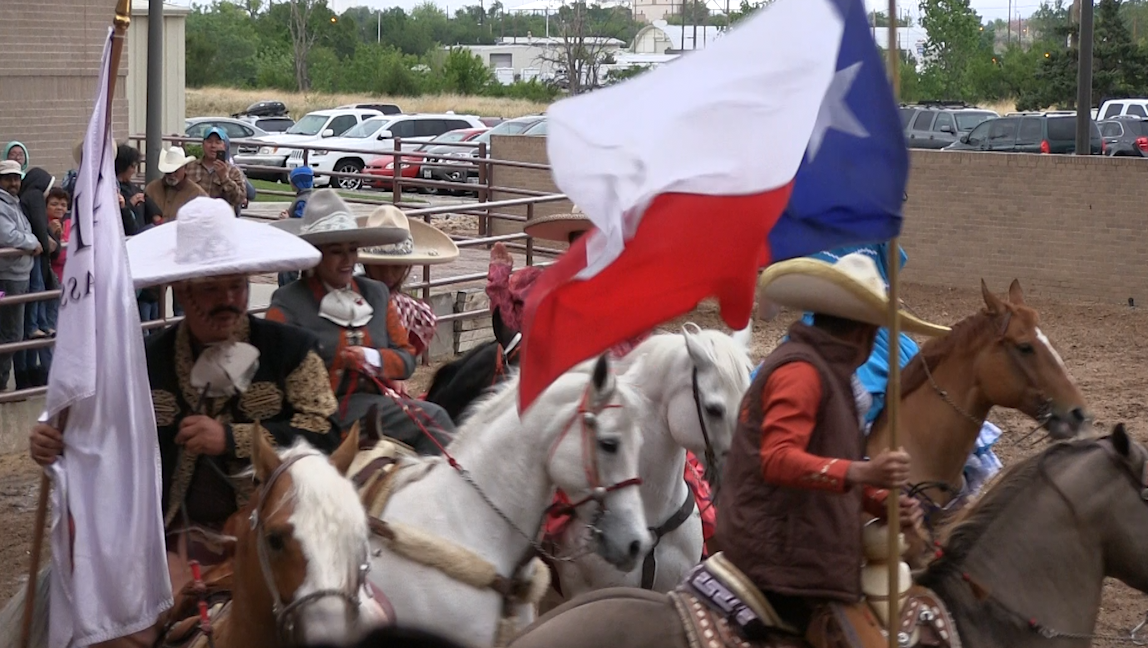 Carried to Mexico from Spain, charrería for centuries has pitted skilled cowboys against one another for bragging rights of who has the best horsemanship.

Charrería is Mexico's national sport and gave rise to the American rodeo. Families have passed on through generations the sport's styles, techniques, and traditions such as the handmade quality belts, boots, saddles and other gear riders use.

Today's charrería largely remains the sport it always has been, though U.S. participants are prohibited from doing some of the roping techniques on animals that their Mexican counterparts can.

But the sport also continues to evolve – especially as younger people become interested in charrería as a cultural heritage link, and as more charro teams and venues appear across the United States.

Thirty or 40 years ago, the youngest charros typically were in their mid-30s.

"That was a whippersnapper," said Ramiro Rodriguez, a national director with the American Charro Association, which visited Amarillo this past week for an American Quarter Horse Association museum exhibit.

"Now, you're looking at [age] 17 to 25," Rodriguez said. "And the energy these kids put into the sport is just amazing." For example, younger charros are adding new techniques to trick-roping, he added.

At times, there can be a language barrier between the different age groups: older charros may struggle with English while younger charros may not speak Spanish. That has helped groups such as the American Charro Association bridge the gap and actually expand the sport's reach by communicating its traditions from older charros to larger and younger audiences, Mark Franco, a national director with the American Charro Association, said.

"There is a whole market out there that's just extraordinary," Franco said. "If we could find the key to connect everybody, it would be incredible what could be done."

Young people's interest also has boosted the number of teams in the U.S. In 2001, when Franco began an American competitive league, it was called CITA – for the teams' home states of California, Illinois, Texas, and Arizona.

Today, charrería teams compete in most states except in the Northeast and New England. Weather can be a limiting factor for the sport's season, which typically runs longer in Mexico.

Charro schools also are teaching the sport to young people.

A difficulty has been finding judges, who must be meticulous in grading charros on their trick-roping style points and the choreographed horseback routines and outfits in the women's escaramuza competition. They also have to be able to withstand the fierce competition that can often play out in a sport as dominated by family teams as charrería.

While there aren't any official charrería venues in the Amarillo area, Franco and Ramirez said that their association recently signed up two new teams from the region who soon will compete.

For more information on charrerías and the charro lifestyle, the "Nacidos Charros: Born Charro" exhibit runs at the AQHA Hall of Fame and Museum through July.