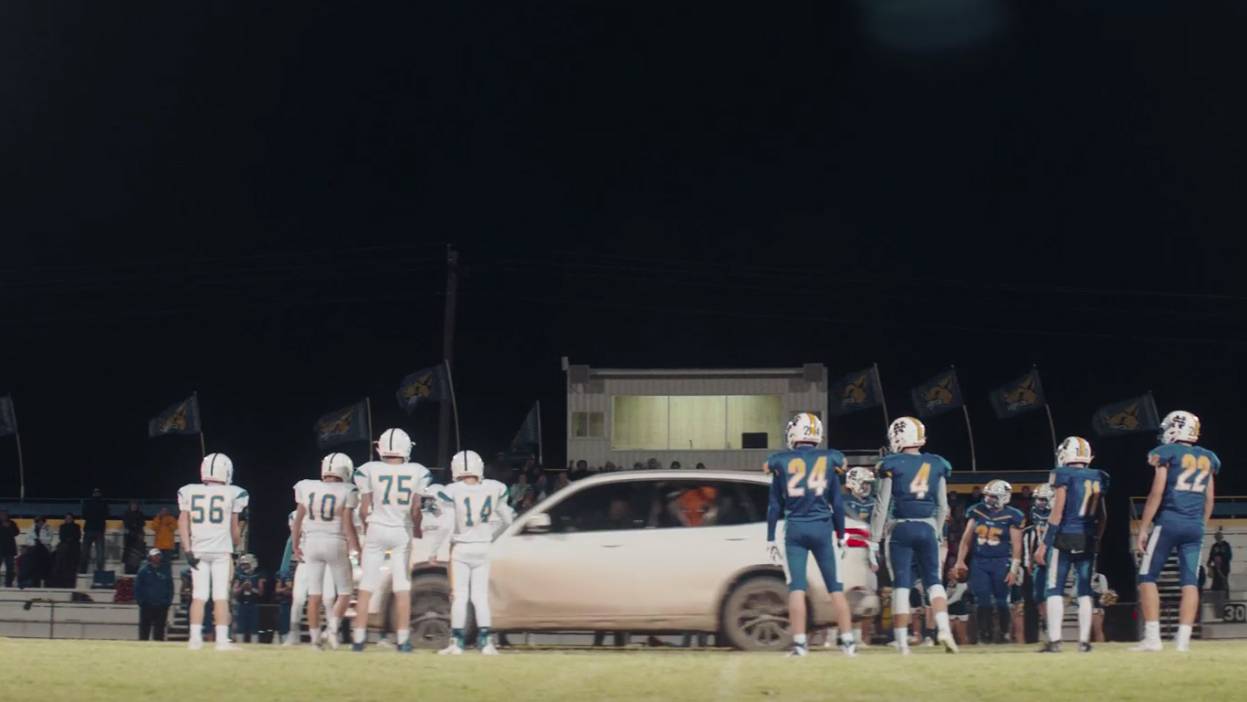 Update (Dec. 3): BMW USA has posted the video that features scenes from Nazareth. Scroll down to see the video.

BMW had an idea: a trip along backroads from its South Carolina plant to the flashy annual Los Angeles Auto Show, with a crew capturing scenes of Americana as they debut the new X5 sport activity vehicle.

The Castro County town's spirit so warmed the chilly night during filming earlier this month that BMW upped its already generous donation to the district.

It all started with a phone call. A location scout had already taken the proposed route and hand-picked Nazareth as the perfect spot for a night football game scene said Eric Schilling, a teacher, coach and Nazareth Independent School District's athletic director.

Nazareth ISD agreed to go along and the plan swiftly went into motion. The next step was to publicize the shoot and fill the stands. He turned to social media. Schilling first worried how many people would show – the shoot was on one of the coldest nights so far of the season – but, "when people know they're doing that for the school, they'll do anything they need to."

Schilling was "blown away" by the community's response on commercial night, Nov. 7. They indeed packed the stadium. BMW secured barbecue from a Plainview restaurant to feed the crowd of extras.

Nazareth's six-man high school football team suited up in Swifts blue, white, and gold. Junior high football players also suited up to make the "match" an 8-on-8 contest. Cheerleaders revved up the crowd and refs took their places.

For the take, teams lined up at the 40-yard line and just before hiking the ball, they parted, making way for the shiny white BMW X5 parked in the end zone – with the Swift mascot in the back seat – to zoom across the field.

The take was repeated several times from different angles. The entire shoot took about two hours.

"I think the people here realize it was something neat to be a part of," Schilling said. "It was BMW and they were using real-deal camera crews."

Other Castro County scenes included shots of the vehicle driving alongside a farm as a farmer worked, and along a random country drive near Nazareth.

The spot was designed as an introduction to the new vehicle at the L.A. Auto Show, which begins Friday (Nov. 30) and lasts through Dec. 9. It is not known if a commercial television air date has been scheduled.